Are Railways Ready To Operate PPP-Mode Passenger Trains For The First Time? Here’s What The National Transporter Said

New Delhi: According to a news report on Tuesday, the Indian Railways have accepted proposals from private companies to operate 150 pairs of passenger trains under the public-private partnership (PPP) model. The private players will be free to choose the passenger fares on these trains, it was further emphasized.

The national transporter, who clarified that no such idea is under consideration and that no bids have lately been invited, referred to them as “misleading media stories.”

The Ministry of Railways issued a statement on Tuesday evening that read, “Therefore, such reports are factually erroneous and stakeholders should not take cognizance of them.”

This happened after the national transporter announced ambitions to turn over some routes to private parties years ago.

The first twelve private trains were slated to begin service on the Indian Railways network in the 2023–24 fiscal year, and all 151 were to be operational by 2027. 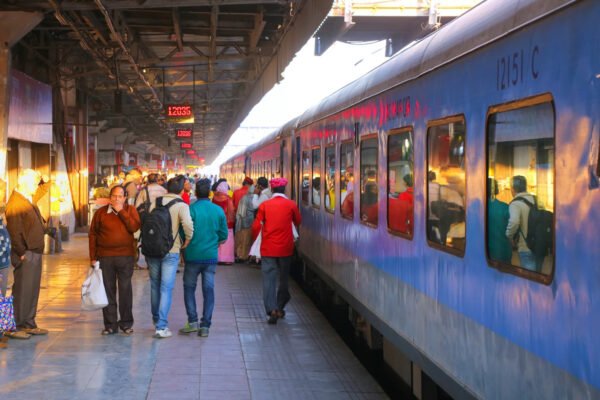 Private operators are required to bring and maintain train sets. By April 2023, we anticipate that private railway operations will start. According to the Make in India policy, all train sets and coaches will be purchased for this project, according to former railway board chairman VK Yadav.

At the financial bidding round, only two bidders—IRCTC and Megha Engineering & Infrastructures—exhibited interest.  As a result of the lack of interest from private participants, the entire idea has now been put on hold.

According to the disputed news source, the plan to operate passenger trains through the PPP mode is anticipated to bring the railroads close to Rs 30,000 crore in revenue from the private sector.

The fact that these trains will be a part of 12 clusters spread out across the railway network was also highlighted. These trains must each be at least 384 meters long (16 coaches), which is the minimum length required.

The introduction of 151 contemporary trains (rakes), organized into 12 clusters, along 109 origin-destination pairs of lines in 2020 was a first-of-its-kind initiative by Indian Railways.

A private sector investment of roughly Rs 30,000 crore would be required for the project.

Overall, three clusters—Cluster-2 (Mumbai-2), Cluster-3 (Delhi-1) and Cluster-4 (Delhi-2)—got five bids; the other nine clusters received none. The tender was later cancelled, notwithstanding the tender committee’s recommendation for its discharge. According to the reports, privatizing train operations will make it easier to introduce cutting-edge equipment and rolling stock that requires less maintenance.

According to the discussion paper “Private Participation: Passenger Trains,” the private operator will be given latitude regarding class makeup and halts as well as the right to collect market-linked charges.

Additionally, the operation of passenger rail services through PPP mode will not have an impact on the current train services; rather, it will be an addition to them.

None of the regularly scheduled passenger train services run by Indian Railways is currently run under PPP mode.

The Tejas Express, which began running on the Lucknow-Delhi line on October 4, 2019, marked the railways’ first time allowing a non-railway operator to operate a train.

IRCTC, a division of Indian Railways, has launched the nation’s first privately operated train with this one.

IRCTC offers a plethora of benefits to its customers, including free travel insurance up to Rs 25 lakh, door-to-door baggage delivery, local food, and compensation for delays.

In the meantime, last month, the Ministry of Railways discredited news reports asserting that the guidelines for purchasing train tickets for children had changed. According to several media sources, the national transporter has altered the policy on the purchase of railway tickets for children.

According to these rumours, young children will now need a ticket to ride the train if they are between the ages of one and four. The report asserted that these news stories and media reports are false.

It was made clear that Indian Railways had not made any adjustments regarding the booking of train tickets for young passengers. The clarification states, “on the customers’ request, an option has been given to them to purchase a ticket and reserve a seat for their under-5-year-old child if they desire.

Is the Indian Railway making a profit or incurring losses? 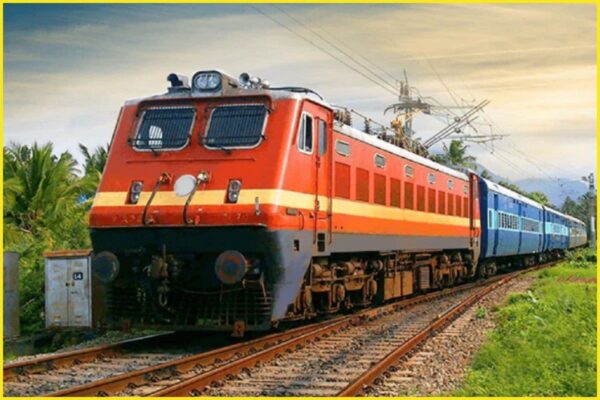 In India, there are more than 24 million passengers using trains every day. However, despite the fact that so many people are using the train services, it is still losing money. The Comptroller and Auditor General of India (CAG) reported that Indian Railways lost roughly Rs 26,388 crore in the 2019–2020 fiscal year.

According to the study, Indian Railways’ operational ratio for the fiscal years 2018–19 and 2019–20 was 97.29% and 98.36%, respectively. Indian Railways receives funding from two different sources. The first is a freight operation, in which trains move cargo, and the second is a passenger rail service.

While passenger trains are losing money, freight operations account for the majority of Indian Railways’ profits. Even after so many years, India was unable to adequately upgrade its railway system. We continue to rely on the outdated colonial infrastructure that was set up decades ago.

Top 6 Stocks That Remain Strong Picks For The Festive Season. Here's Why

The future of finance is being fully transformed by blockchain