India‘s press freedom ranking has fallen to 150 ranks from 142 which was last year with the latest world press freedom index which has asserted that the press freedom is in crisis in the world’s largest democracy. It has an average of three or four journalists were killed in connection with the work every year, then the index has placed India to be called as one of the most worlds dangerous countries for the media.

The addition that was published in 2020 of the world press freedom index, assessed that the state of journalism in 180 countries and territories has presented that the state of media is on a downfall as the country, India is ranked 133 in 2016 and it was not improving in its ranking over the years. This current index of the world press freedom was released on the third of May which has announced the ranking of the country. 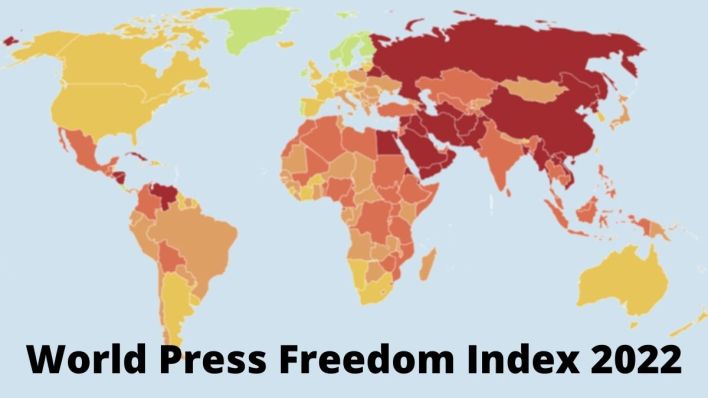 It was prepared by the reporters without the borders who have asserted that violence against journalists, the politically partisan media, and the concentration of media ownership all showcase that press freedom is in crisis as in placing the country India to be called one of the most dangerous countries.

It is the world’s largest democracy which is ruled by Prime Minister Narendra Modi since 2014 who is the leader of the BJP and known to be the embodiment of Hindu nationalist rights. Indians always have more than one lakh newspapers, including the 36,000 weeklies and 380 TV channels but this abundance of media outlets conceals the tendencies towards the concentration of ownership.

The report that was released has said that journalists were exposed to all kinds of physical violence including ambushes by political activists, political violence, and deadly activities by corrupt local officials or by different criminal groups. 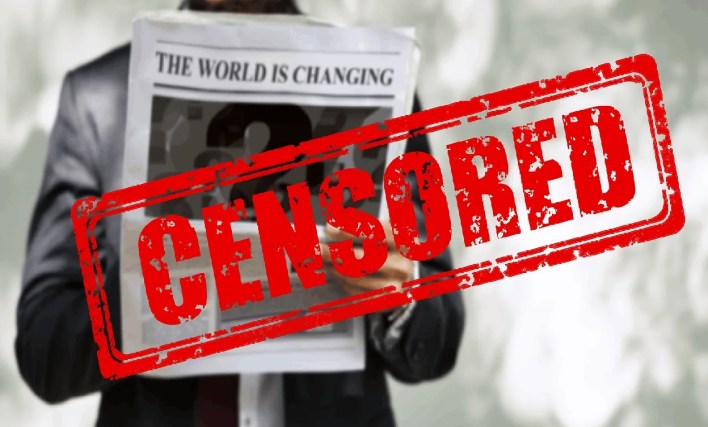 What is the major ideology that power teams in the country are Hindutva and there are lot more supporters who have been taking up this ideology and expanding it to every corner of the country? It wages out their online attacks on any view that conflicts with the thinking as there are terrifying coordinated campaigns of hatred and calls for different crimes and murders which are conducted on social media. There are even campaigns that are often more violent when they target the woman journalist as personal data may be posted online or threatened.

“The condition in Kashmir is still very worst as most of the time the reporters are threatened or harassed by the paramilitaries and the police.” There was the statement of the press club of India, where the Indian women’s press Corps and the press Association have noted that the attacks on the media across the country have grown in different ways and it has brought different kinds of mediums to make them terrorized by the democracy. It includes the most advanced democracies who are bringing new methods all operations of threatening the media. Basically, India has this kind of environment and according to the latest report that was received it has blamed mostly the BJP supporters for any critical journalist as they create an environment of intimidation.

In 2020, the government has taken big advantage of the coronavirus crisis to step up its control of news coverage by prosecuting every journalist and offering them information at variance with the official position. Some journalists sometimes even dare to criticize the government and the workings of the government but then they are branded as anti-state or antinational and even worse if we collet they are even called pro-terrorist by supporters of the ruling Bharatiya Janata Party.

It has also made a statement that exposes the critical journalist to expose them to public condemnation Always in the form of extremely violent reactions and social media hate campaigns that include calls for them to be killed especially their women. Even happens as some journalists have added to the report that while they were reporting on the field where they were physically attacked by the BJP activist and always or often threatened for their jobs and subjected to criminal prosecutions.

The ranking of India is very devastating for their people as to see just because of some supporters of some kind of ideology the whole country’s reputation is suffering. The ranking of India in the 2022 edition is published by the Reporters Without Borders, known as RSF.

These rankings of different countries are based on the score which ranges from 0 to 100 and this score is assigned to the countries on the basis of the kind of press freedom they exercise in their country. There are the top five countries that have taken their positions in the World Press Freedom Index of the year 2022.

Norway, as acquired the first position with the report as it is the one country that has self-owned journalists, all privately owned, and the country, has no support of any particular ideology that may be making problems for the press. It is a complete and breathable environment for the reporters and they can say, write anything about anyone. The other countries after Norway exercise some of some processes and have acquired their positions as well. 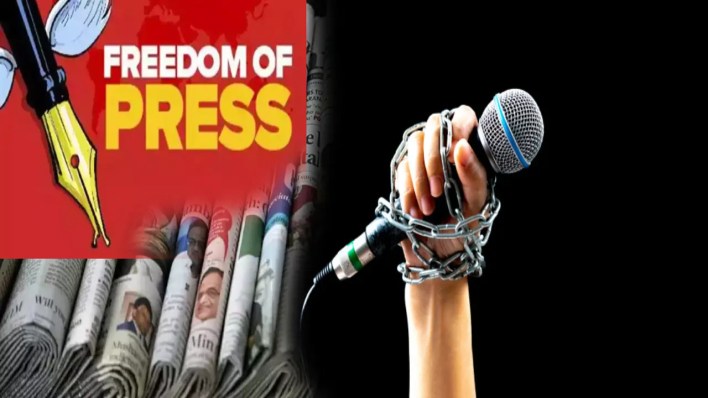 Just one ideology can make the country work. For a successful working for any country, it has to be right in every decision they make and be fair to everyone.  Mostly the journalists in the country are targeted online, even if anyone dares to challenge the Prime Minister, Narendra Modi, or his Hindu ideology are threatened by deadly results.