Talking more about the healthcare industry of India, it is predicted that the healthcare market will reach USD 372 billion by the year 2022. This all is because now people of the country have high incomes, they are more aware of the health, the diseases, and now people have more access to health insurance. Even the size of the e-health market is predicted to grow and reach USD 10.6 billion by the year 2025. The Government of India has a plan to increase the public health spending to 2.5% of the GDP of the country by the year 2025.

India has more than 3225 startups that are operating in the health sector domain.

Let us now talk about the funding of an innovative and interesting health startup that has taken place recently.

Announcement of funding of a health startup

In addition to the USD 20 million, the startup also has raised USD 2 million from Grip Invest. The startup plans to use this portion of the funding for leasing the ambulances.

About the health startup that has announced its funding

The health startup, StanPlus, was founded in the year 2016 by Prabhdeep Singh, Antoine Poirson, and Jose Leon, and has its headquarters in Hyderabad. The startup is focused on constantly working towards making a better environment for those in need.

The startup is a pioneer in private ambulance services and is the leader when it comes to ambulance services in Hyderabad. This is all possible because of the dedication to ensuring that the emergency responders of the startup can provide all the assistance in the quickest possible manner.

The startup has a fleet of more than 900 ambulances that work 24/7, guarantee medical transport within 15 minutes, are packed with top-of-the-line equipment, and are highly trained personnel.

The product of the startup which is Red Ambulance is currently present in 5 cities which are Hyderabad, Bengaluru, Raipur, Kolkata, and Kanpur. The startup has the aim to bring Red Ambulance to 10 more cities which include Chennai, Mumbai, Ahmedabad, Delhi NCR, Jaipur, and many others.

The startup is currently managing end-to-end medical emergency responding services with 50 leading and top hospital chains around the country. It also manages the emergency helpdesk of Fortune 500 companies in India where it is managing the needs of more than 1 million corporate employees. 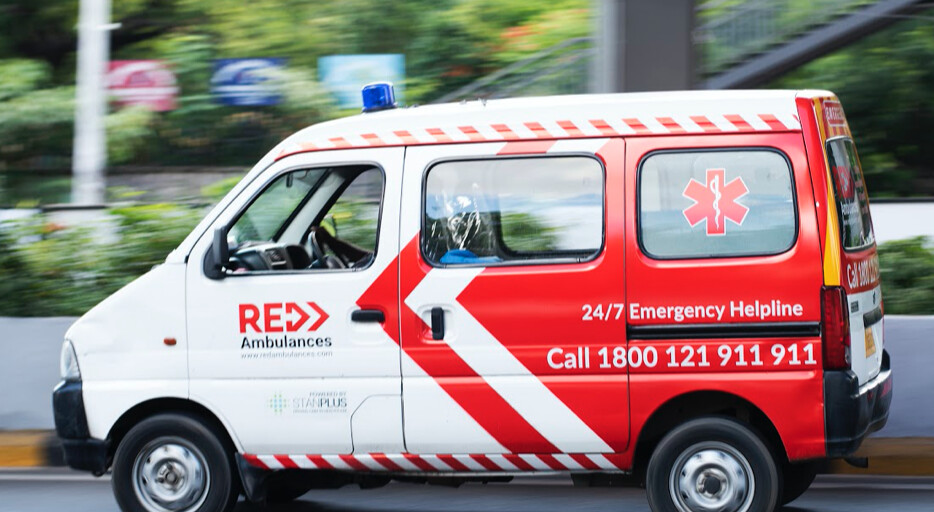 About the founders of the health startup

The startup, StanPlus was founded by three friends who are MBA graduates from INSEAD. The startup is thus the mixture of the brightest minds in the fields of design, technology, and marketing.

Prabhdeep Singh is the co-founder and the CEO of the startup. Born in Chandigarh, he did his first MBA from NMIMS Mumbai. Post which he worked for 5 years in Glenmark Pharmaceuticals. After this job, he did his MBA from INSEAD, France. Post INSEAD, he got a job offer at Boston Consulting Group in Brazil. But he came to Hyderabad as he wanted to be an entrepreneur and then he co-founded Stanplus with his friends from INSEAD.

He has been a part of Forbes 30 under 30 lists in the year 2018 and a list of 35 under 35 from Entrepreneur Magazine. He has also been selected by the Yunus Foundation to be a part of the Impact Accelerator in the year 2017. He is a great leader, has amazing analytical problem-solving skills, and is famous for his calmness during the chaos.

Antoine Poirson is the co-founder and the COO of the startup. He is a French/American citizen and has spent almost a decade of his life in Niger, Kazakstan, and India. He is an Industrial Engineer from ParisTech (it is one of the most famous engineering schools in France) and an MBA from INSEAD.

The motivating factor behind being the co-founder of this startup was a professional accident whcich happened in India where an employee was critical and eventually lost his life because of inadequate and improper medical response. In the startup, he has the responsibility of fund-raising, entrepreneur business, and investor relations. He has played an important part in bringing the team together and finding global investors for the startup. He has a deep passion for developing the world and its problems.

Jose Leon is the co-founder and the CTO of the startup. Born in Costa Rica, and growing up in San Jose, he moved to Taiwan where he studied Computer Science at Tsing Hua University, on a full scholarship he had received. Post this, he joined McKinsey and worked there for four years as a Geospatial Tech Analyst.

He then did his MBA from INSEAD. He considers himself a global citizen as he has spent a lot of time in Taiwan, France, Singapore, Germany, and India. From the year 2016, he is based out of Hyderabad, India, and is surprisingly grasping Hindi at a very fast rate. In the startup, he is responsible for managing the finance and the HR functions.

Prabhdeep Singh, who is the co-founder and CEO of the startup made a statement saying that in our country, grocery is delivered in 10 minutes but the ambulance takes 45 minutes. He further said that the startup has its focus on the 8-minute ambulance, which is the “First Minute, Last Mile” healthcare. He then said that the startup is building the world-first technology and is bringing amazing talent to work on its mission.