Adani’s growth over the last three years has skyrocketed. Can India bear the cost of his failure?

The worth of Gautam Adani Indian businesses, the third-richest man in the world, has increased at an exponential rate. Adani Green Energy, Adani Enterprises, and Adani Transmission are a few of the listed companies whose shares have increased by more than 1,000% during the last five years.

Adani’s connection to Prime Minister Narendra Modi, which has sparked accusations of cronyism, has been the main driver of this growth. Numerous government contracts for energy and infrastructure have been awarded to Adani. His businesses mine coal, generate it, and transmit it. They manage airports and ports. They are constructing enormous solar farms. Adani’s companies are among the biggest, if not the biggest, players in each of these industries.

Putting the contracts aside, Adani’s ascent has also been propelled by enormous sums of taxpayer money invested and borrowed. In fact, it has gotten to the point where the question arises: Has Adani grown to the point where his businesses cannot fail for fear of causing shockwaves throughout the economy?

India’s LIC has a large investment in Adani‘s businesses. Private investors have been somewhat hesitant to participate in Adani stocks despite the rise of Adani’s firms. The government, in particular the 66-year-old Life Insurance Corporation (LIC), which is majority-owned by the government and oversees more than $500 billion (41 lakh crore rupees) in assets, hasn’t had any such reservations. For LIC’s insurance products, more than 50 million consumers make premium payments. Few brands enjoy greater public confidence in India than in LIC.

Adani Enterprises, Adani Green Energy, Adani Ports, Adani Total Gas, and Adani Transmission are five of the seven listed Adani Group firms in which LIC has expanded its investment over the past two years, bringing the total to $9.5 billion. As of September 30, these assets represented 4.6% of the combined market value of these five companies. The amount invested in the same stocks by mutual funds in this manner is over five times greater.

The exposure of LIC to these five Adani enterprises was $889 million in September 2020 or 1.24% of LIC’s equity assets under management. However, a surge in stock prices and increases in shareholding have tripled that worth, taking it from $3.9 billion in 2021 to $9.5 billion today, or about 8% of all the equity assets of LIC.

“Although many businesses within the Adani Group do not even generate a lot of revenue, LIC’s ownership stake is relatively big. According to Quartz, stock research firm Fintrekk Capital founder Amit Kumar Gupta claims that a few of them actually lose money.” An excellent illustration of a business that is both innovative and heavily reliant on external funding is Adani Green Energy. There is a slight risk in acquiring a large portion from one group of businesses since it might have a domino effect if the credit situation changes negatively in any way.

What impact the Adani Group has on LIC’s performance? 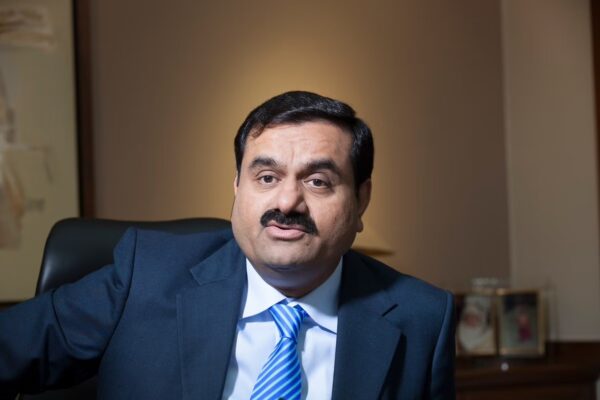 Undoubtedly, LIC has significant stakes in the businesses owned by the Reliance and Tata groups. However, those conglomerates are more established and older. The growth of The Adani Group has been much more recent. Perhaps, as a result, LIC has the most to gain—but also the most to lose—from changes in the price of Adani shares.

In five years, shares of Adani Enterprises, the group’s flagship company, have increased by more than 2,500%. It has bought controlling shares in businesses in a variety of industries over the past five months, including IT, airports, and the media. But if these debt-financed projects fail, the value of LIC’s interests will drop, thus making it more difficult to pay out insurance claims for policyholders.

After listing a 3.5% share in itself in May of this year, LIC has already suffered greatly. One of the largest asset losers in Asia, LIC has seen $17 billion of its market value destroyed by unfavourable economic conditions and rising inflation.

The Adani Group is heavily exposed to India’s state banks.

The risks for Indian banks, who are already dealing with problematic loans, are increased by the Adani Group’s rising ambition for development. The Adani Group’s total net debt in the fiscal year of 2022 was close to $20 billion. Loans from state-owned banks, including Bank of Baroda and Punjab National Bank, made up 21% of the total, down from 55% in 2015–16.

Almost 40% of loans made by public sector banks—a portion worth $2.3 billion—were originated by the State Bank of India. Private bank loans made up 11% of the total, down from 31% in 2015–16. Corporate debts and Adani’s equity capital program make up the remaining debt.

Even if the proportion of loans from public banks to the Adani Group has decreased over time, concerns about the banks’ balance sheets remain. At 5.9% as of March 2022, India’s overall “bad loan” ratio—which gauges the degree of loan repayment default—is among the highest among comparable nations. Critics contend that easy lending to cronies, who frequently operate enterprises that are less than creditworthy, is a contributing factor to the problem of bad loans.

According to Sonam Chandwani, managing partner of KS Legal & Associates, “banks have been favoring Adani despite concerns about [the Adani Group] being overleveraged.” They ought to exercise caution since chaos could result if the group ever enters a default cycle.

The downfall of the Adani Group will harm the average person. 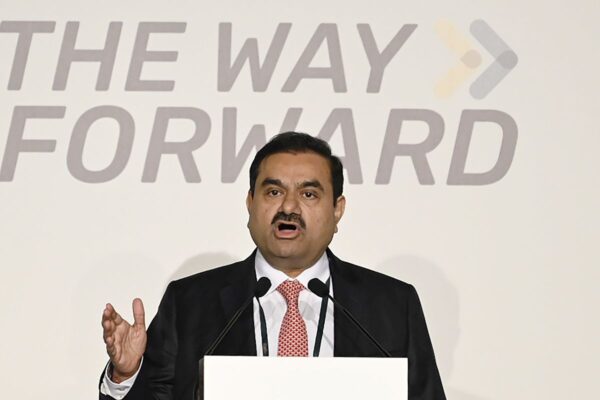 It’s not impossible for that kind of collapse to occur. Risk issues and the potential for the group to fall into a debt trap have already been identified by rating agencies and financial experts. Adani Group is “seriously overleveraged,” according to CreditSights, a division of Fitch Ratings, which may cause “one or more group firms to default.” A second issue for the group is “high key-man risk,” or the lack of strong management beneath Adani.

Abhishek Dangra, a senior director at S&P Global, stated in an August 2022 report that “the risk is so significant that Indian banks as well as some international capital bond market investors are considering limits on credit to one group, which can create a headache for the conglomerate.”

The Adani Group stated in a 15-page statement in response to the CreditSights assessment that over the past nine years, its net debt-to-EBITDA ratio—a measure of a company’s total commitments, including debt and other liabilities—has decreased from 7.6 to 3.2. A good net debt-to-EBITDA ratio is less than three. The likelihood that the company will effectively pay off its debt increases with a lower ratio.

According to Amit Tandon, the founder of Institutional Investor Advisory Services, a Mumbai-based company, “the general anxiety is around the rate at which Adani’s companies are growing and along with the acquisitions across multiple sectors, the question that comes to everyone’s mind is whether the group will be able to digest the same.”

In “three to four years,” according to Tandon, the situation around the Adani Group’s expansion will become more evident. Chandwani was concerned, though, that “the Indian stock market may see a rippling impact if the Adani Group’s bubble bursts.”

Given how deeply and broadly the enterprises are ingrained in the infrastructure of the nation, a significant default by one or more of Adani’s companies would shake not only the equity markets but also the whole Indian economy. Her indirect exposure to the group through LIC and state-owned banks will also hurt the taxpayer. The damage would be restricted by a bailout. If the government decides that the Adani Group has actually become too huge to be permitted to fail, then funding for that would also come from the public coffers, but it would be unavoidable.

Indian garment exporters are impacted by a drop in demand in the US and Europe; the goal is likely to be missed.