Cars Prices Will Go Up As Automakers Prepare For Tighter Emission Rules.

As automakers invest in updating vehicles to comply with higher pollution standards that go into effect in April of next year, the cost of passenger and commercial vehicles is set to increase. The second phase of Bharat Stage VI, which is similar to Euro-VI emission requirements, is what the Indian car industry is currently aiming to achieve with its models.

Four-wheeled passenger and commercial vehicles will need to incorporate more cutting-edge equipment to comply with the new emission rules. Industry sources predict a general increase in production costs, which may eventually be passed on to customers as early as next year.

To track the driving emission levels in real time, vehicles must have an onboard self-diagnostic system. In order to maintain a careful eye on emissions, the gadget will continuously check important components for compliance with emission requirements, such as the catalytic converter and oxygen sensors.

When the emissions go beyond the limits, the system will signal through warning lights that the vehicle needs to be serviced. The vehicles will also include programmable fuel injectors, which would regulate the timing and amount of fuel pumped into the gasoline engine, in order to further reduce the amount of fuel burned.

To monitor the throttle, crankshaft positions, air intake pressure, engine temperature, and the components of the exhaust emissions (particulate matter, nitrogen oxide, CO2, sulfur, etc.), even the semiconductors utilized by the car will need to be modified. 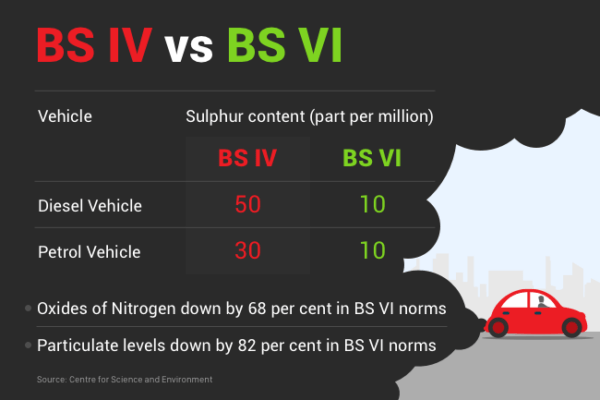 In addition to expenses for hardware and software upgrades, the on-board self-diagnostic gadget would demand the majority of the outlay, he said. The investment necessary, however, is anticipated to be fairly low in relation to BS VI Stage I, according to Gupta. He did, however, issue a warning that any further increases in the price of the car could somewhat moderate demand because OEMs have been compelled to raise prices to combat inflation over the past 15 to 18 months.

With effect from April 1, 2020, India has advanced from the BS-IV emission standard to the BS-VI standard. The domestic auto sector invested over Rs 70,000 crore during the transition to modernize its technology. The government requested that the automotive sector adapts to BS-VI standards by April 2020 in 2016. Given that it was a jump from BS IV to BS VI, the short timeframe was unheard of elsewhere in the globe.

One of the main drivers for tighter vehicle emission standards in the nation was the deteriorating air quality in many areas, particularly Delhi-NCR. The main distinction between BS IV and BS VI regulations is sulphur content. In 2010, India adopted fuel with a sulphur content of 350 ppm known as Euro-III equivalent (also known as Bharat Stage-III), and it took seven years for the country to switch to BS-IV, which had a sulphur content of 50 ppm.

The sulphur content of BSVI gasoline and diesel is only 10 parts per million (PPM).  According to the regulation’s established timetables, all business vehicles (passenger and commercial vehicles) will comply with the upcoming BS VI two norms for diesel, gasoline, and CNG models. This was stated by Veejay Nakra, President of Mahindra & Mahindra’s Automotive Sector. To fulfil the RDE (Real Driving Emissions) standards and the government-mandated C02 regulations, he said, development activities include engine optimization and the use of cutting-edge after-treatment technology, Nox, and PM sensors. According to Nakra, “there would be a minor to moderate material cost impact both on gasoline and diesel engines as a result of these changes.”

According to Tata Motors Executive Director Girish Wagh, the business is in the last stages of transformation and is currently devoting a significant portion of its engineering expertise to this development activity. Shailesh Chandra, managing director of passenger vehicles at Tata Motors, spoke directly on the passenger car market, saying that the company is prepared to make a smooth transition to the following stage.

“I cannot comment immediately, but it will not be as extreme as what we had witnessed in the transition from BS IV to BS VI,” he responded when asked if prices would increase due to the update. Rahul Bharti, executive officer of corporate affairs at Maruti Suzuki India, said that the automajor was one of the first few automakers to switch most of its vehicles from BS-IV to BSVI emission criteria. 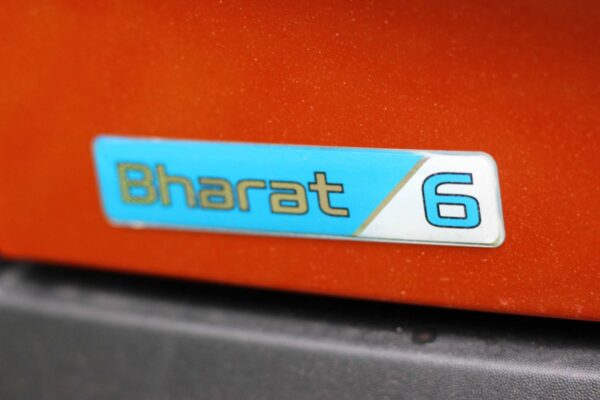 “Also on the schedule is the transition to BS VI phase 2. In fact, we have already transferred 31 of the entire 61 apps to BS VI Phase 2 over a year before the compliance date. The next 30 applications will also be completed on time “He noticed. According to Bharti, among all domestic automakers, the Maruti Suzuki model line now has the lowest CO2 emissions per vehicle.

Going even further, the company is dedicated to fully supporting India’s drive toward Carbon Net Zero and will introduce a variety of technologies with the greatest amount of local manufacturing in order to achieve this goal, he continued. According to Vikram Gulati, Executive Vice President of Corporate Affairs & Governance at Toyota Kirloskar Motor, the business has made significant improvements to both its software and hardware systems and is on pace to implement these new regulations.

Given the precision of the new requirements, he continued, “we have made sure that our current technologies satisfy the needs of a more demanding requirement.” According to Gulati, the manufacturer has refined and integrated a number of high-end innovations, such as selective catalytic reduction (urea) technology, in addition to integrating intricate sensors with accurate real-time monitoring and engine ECU tuning capability.

No PUC, No petrol for Delhiites: A Detailed Analysis