Europe To Be Hit Hardest By Global Slowdown: OECD

The multinational body claims that persistently high inflation rates have spread to other nations and goods. It claims that a lack of energy supplies could cause prices to rise even more, and with interest rates rising, it has urged governments to act to stop inflation and reduce financial vulnerabilities.

According to the OECD, the Ukraine conflict has caused energy costs to soar and is negatively affecting the global economy. If European gas storage runs low, the situation will only become worse. Rationing may be necessary for Europe as a result, which would damage all nations as gas prices would rise globally.

In Europe, record-high gas prices have resulted in similarly severe wholesale power costs because spot electricity prices are typically correlated with the price of gas, the marginal source of electricity generation.

As a result, economic development in Europe and globally is predicted to be slower than anticipated, and prices will rise. Particularly in Europe, the rise in retail energy prices has been substantially slower than that of wholesale prices.

The European Union’s business activity has suffered as a result of the conflict, which has caused an increase in energy prices as Europe suffers the weight of the Ukraine war. According to the group, the economy of the 19-country eurozone would only increase by 3.3% this year before slowing to 0.5% in 2023. 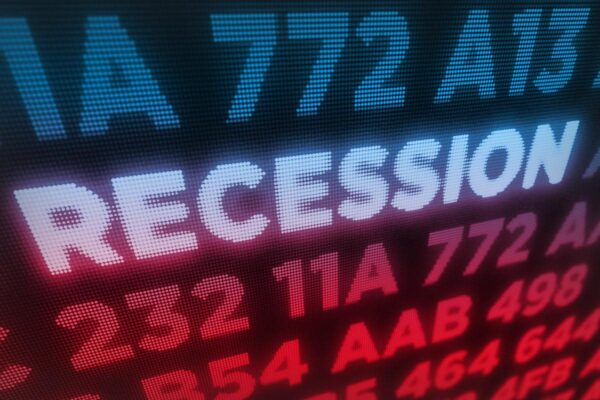 Germany, which has the greatest economy in Europe and is heavily dependent on Russian energy exports, is expected to decrease by 0.3% in 2019. Outside of the eurozone, it was predicted that the British economy will contract by 0.4% in 2019 as a result of rising interest rates, soaring inflation, and low confidence. Previously, the OECD had projected growth of 0.2%.

One of the few significant economies whose GDP was anticipated to accelerate next year was China, which is not an OECD member. This winter, homeowners across Europe are seeing soaring gas prices as a result of those exports, which the West sanctioned. The group has described this as the largest energy crisis since the 1970s, which will result in a significant slowdown.

Despite the measures governments have taken to lessen the impact of increased food and energy prices on consumers and businesses, wage increases have not kept up with price inflation, tightening real wages for workers.

Growth is anticipated to be hampered by tighter monetary policy, higher real interest rates, persistently high energy prices, sluggish real household income growth, and waning confidence. The big Asian emerging-market economies are anticipated to provide over three-quarters of the growth in the global GDP in 2023 while the economies of the United States and Europe are both slowing significantly.

The dangers have increased in severity and are now more acutely skewed to the downside. The picture is quite uncertain. The forecasts show the impact of high energy costs over the next two years, but results could be even worse if there are more price increases due to global supply constraints or if mandatory rationing is needed to reduce gas and electricity usage during the upcoming two European winters.

In light of the unusually aggressive and widespread moves by central banks to raise policy interest rates in recent months, which have weighed on interest-sensitive spending and increased the pressures facing many emerging-market economies, its overall assessment indicates that the global economy is facing escalating difficulties.

At a press briefing to unveil the OECD’s most recent Economic Outlook, director Mathias Cormann stated, “We are definitely projecting a period of considerable downturn.”

The future is looking increasingly unbalanced, with major Asian emerging-market economies anticipated to account for about three-quarters of global GDP growth in 2023, reflecting their projected stable development, while the United States and Europe are expected to see significant slowdowns.

Many central banks in the West have raised interest rates to combat increased inflation in an effort to stop the cost-of-living issue.

However, the OECD warns that higher policy interest rates could potentially delay development more than anticipated, making it difficult to gauge how to proceed given the high levels of debt as well as the close trade and investment ties that increase the effects of lower demand in other nations. Financial risks are further heightened by widespread and quick monetary tightening. While doing so, equities markets in the majority of advanced economies have been affected by slowing growth and rising interest rates.

In order to anchor inflation expectations and permanently lower inflation, it is argued that persistent monetary policy tightening is required in the majority of the major advanced economies.

According to the group, the government has to provide individuals and businesses with stronger support to lessen the effects of rising energy prices.

The ongoing difficulties for growth, resilience, and well-being brought on by the pace of digitalization, population ageing, and the requirement to reduce carbon emissions have been exacerbated by the conflict in Ukraine as well as the Covid epidemic.

The current stresses on lower-income households could be addressed with the help of well-chosen policies, which could also provide medium-term advantages for employment and participation. Examples include enhanced support for childcare and smaller tax wedges for lower-paid workers.

Critics claim that governments in several Western nations, most recently the UK, have taken the opposite action by raising taxes on struggling people, including those from middle-class backgrounds who are now feeling the pinch of inflation.

The OECD also discussed the effects of the war in Ukraine, stating that it continues to pose a threat to world food security, particularly when combined with additional extreme weather events brought on by climate change.

Better international collaboration has been urged in order to meet urgent food requirements and bolster domestic supplies. In addition, given that an increasing number of lower-income developing nations are already in the debt crisis and have unstable banking systems, stronger international cooperation on debt relief is required, especially through the G20.

The start of the war in Ukraine, which caused an immediate spike in the prices of several essential commodities, including oil, gas, and coal, a variety of metals, wheat, corn, and some edible oils, as well as fertilizers, is largely responsible for the unexpected persistence of inflationary pressures this year.

Additionally, even while wage growth has accelerated in most economies, it has lagged behind inflation, leading to a severe decline in real earnings in many OECD countries.

In essence, the research asserts that the conflict in Ukraine is continuing to negatively impact economic conditions against the backdrop of the Pandemic‘s recovery. The second quarter of 2022 saw a stagnation in global GDP, with steep drops in output and a contraction of production. Europe was hit harder than anticipated, but the United States and other developing nations were also impacted.

This adds to the mounting demands on Western governments to support the development of peace efforts and the resolution of the Ukrainian conflict while also causing agony for families throughout the West and beyond. 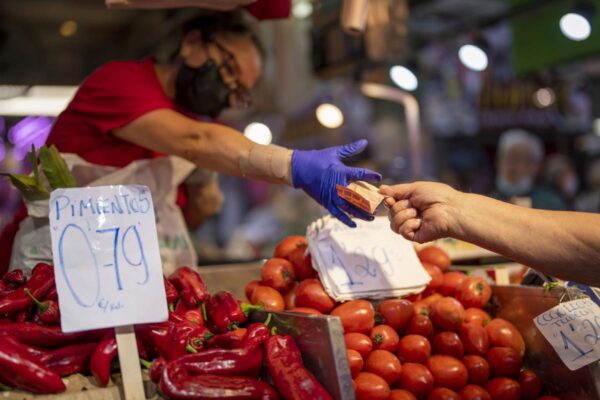 Rising input and labor shortages had a significant role in the previous high-inflation cycle. The epidemic and Russia’s war in Ukraine may have fundamentally changed the inflation process. This shows that there may be more underlying inflationary pressures than is generally believed in Europe and less economic slack as a result.

As they deal with a toxic mix of slow growth and high inflation that could get worse, European policymakers must make difficult trade-offs and decisions about their course of action.

In essence, they should tighten macroeconomic regulations to reduce inflation while assisting viable businesses and vulnerable households in surviving the energy crisis. Additionally, be prepared to change policies in either direction in reaction to how the situation develops during these unusually uncertain times. Whether new data point to greater inflation, a recession that is getting worse and would necessitate some policy rethinking, or both, will determine this.

For the time being, central banks should keep hiking the benchmark rate. The labor market is anticipated to be generally resilient, inflation predictions are above goal, and inflation is still in danger of rising higher. Real interest rates are still generally accommodative.

In 2023, restrictive monetary policy will probably be required in advanced countries, including the euro area, unless activity and employment fall significantly more than anticipated, considerably lowering medium-term inflation forecasts.

In most rising European economies, where inflation expectations are less well-anchored, demand pressures are stronger, and nominal wage growth is high—often in the double digits—a stricter posture is often justified.

Keeping policy rates higher, for the time being, is also a precaution against hazards, such as the de-anchoring of inflation expectations or a feedback loop between wages and prices, which would call for future central banks to take even more drastic and painful action.

Europe was able to escape the COVID-19 crisis because of strength, cooperation, and solidarity. Again, the work at hand is enormous, but it can be completed if European politicians summon the spirit of the pandemic response.