It is misleading to say that India has the fastest-growing economy. It conceals the coming economic crisis. According to the National Statistical Office’s (NSO) most recent GDP estimates, India’s economy expanded by 6.3% year-over-year in the fourth quarter, with annual growth forecasted to be around 7%.

The government has used this as evidence to support the assertion that India’s economy is expanding at a rate faster than any other. On the other hand, depending on the base year used, annual growth rates can be very misleading. Especially after the pandemic and a sharp slowdown in economic growth since 2016-17. Economic optimism predicated on year-over-year growth rates is not only false but also conceals a looming crisis.

The rising unemployment rate in India is a significant economic burden. 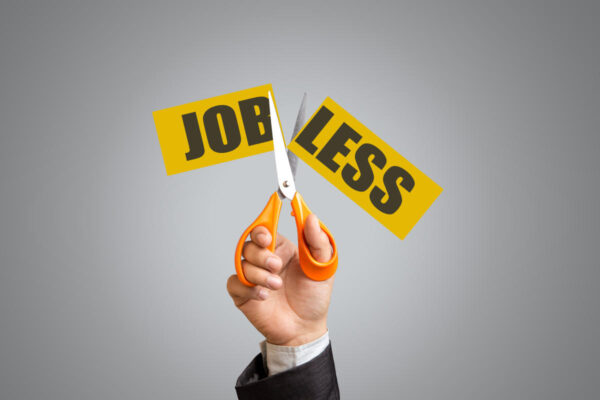 According to data from the Center for Monitoring Indian Economy, India’s unemployment rate increased to 8.30% in December, the highest number in 16 months, from 8.00% in November. Compared to last month, the rate of unemployment in cities increased to 10.09% in December from 8.96%, whereas the rate in rural areas fell to 7.44% from 7.55.

As the economy expands, the number of unemployed people in a jobless growth economy will continue to rise. This happens when a large number of people lose their jobs, and the subsequent recovery doesn’t create enough new positions to hire all the people who are now out of work or barely making ends meet.

Unemployment is an increasing issue, and de-industrialization, de-globalization, the Fourth Industrial Revolution, and technological advancement are all factors that could contribute to that. The NSSO Periodic Labour Force Survey 2017-18 reports that only about 53% of Indians aged 15 to 59 are actively seeking employment.

This means that nearly half of India’s potential workforce is sitting on the sidelines. India’s demographic dividend will only be fully realized if the country is able to create productive employment opportunities for its growing working-age population, which is expected to be concentrated in some of the country’s poorest states.

There is a serious problem with the lack of skilled workers in India, which is a problem because the majority of the fresh jobs that will be added in the coming years will require advanced education and training. Inadequate human resources and a lack of available skilled workers may prevent India from capitalizing on employment options.

The United Nations Development Programme’s Human Development Index ranks India at position #130 out of 189 countries. Thus, to train and empower the Indian workforce, health and education must be greatly improved. Another barrier to India’s success in capitalizing on its demographic shift is the country’s largely unregulated informal economy.

The jobless rate in India increased in December, reaching over 8%. The whole world is having trouble finding jobs, especially in the technology sector. India, the second-most populous nation, is no different. Recent figures from CMIE show that in both December 2022 and January 2023, the employment and unemployment rates in India rose.

Rate of Unemployment in India, 2022

Prospects for finding a job aren’t much brighter than they were in the final quarter of 2022. There have been 27.8 million job seekers in the U.S. in September. Following a rise to 33.4 million in September, this number climbed to 35.1 million by November and 37.1 million by December. The result was a jump in joblessness from 6.4% in September 2022 to 8.3% in December of that year.

Total Number of Employees in India in 2022 Over 410 million Americans will be working as of the end of 2022, the most since January 2020, before the pandemic hit. 410.5 million Indians were employed in January 2020. India’s employment growth is disappointing month-to-month and year-to-year. December 2022 saw only 2.02% MoM and 1.04% YoY employment growth.

According to CMIE, India’s labor force participation rate rose from 36% in October 2022 to 36.4% in November and 37.1% in December. Positively, the employment rate for people of working age increased by more than 1 percentage point in December, almost offsetting the rise in the unemployment rate that occurred during the same time period.

8.4 million of December’s 10.6 million workers found jobs, while 2.2 million were unemployed. Of the 7 million people who entered the labor force in November, 5.5 million found jobs and 1.5 million became unemployed.

There has been a significant uptick in rural India’s job market in recent months, attracting formerly unemployed people of working age. This may explain the sharp rise in labor force participation (40.5% in December 2022).

December had the highest number of rural and urban workers. About 68.2% of India’s workforce (or about 280 million people) was located in rural areas as of December 2022. By contrast, urban India had about 130.3 million employed people by the end of 2022, accounting for about 31.8% of the total employment in India.

Zerodha's net profit doubles in FY22; here's what the founder has to say