In order to streamline operations and prepare for a potential economic slump, US businesses, from consumer brands to software giants, are reducing their personnel bases. According to research, the number of job cutbacks reported by US-based firms increased 13% to 33,843 in October of last year, the largest number since February 2021.

Some of the notable layoffs that have lately been reported include the following: According to a source inside the firm, the e-commerce behemoth still plans to eliminate roughly 10,000 jobs, including those in its retail segment and human capital. As a result, some staff in the gadgets department have been let go.

In one of the biggest digital layoffs this year, the parent company of Facebook announced it would fire more than 11,000 workers, or 13% of its workforce, as it struggles with a sluggish ad market and rising costs.

The meal delivery company, which saw a jump in business during the pandemic, announced it was laying off roughly 1,250 employees overall.

The CEO of the cable TV network, Christina Spade, revealed her resignation after only three months of employment, and the company also revealed that it will be laying off almost 20% of its U.S. workers.

The cryptocurrency exchange disclosed it would lay off roughly 1,100 employees, or 30%, of its global workforce, citing challenging market conditions that had severely hampered demand for digital assets this year. 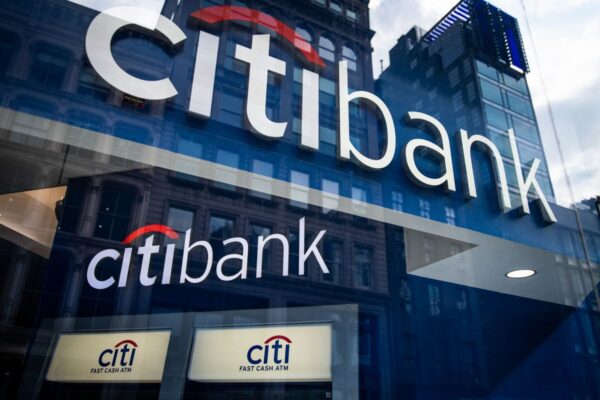 As dealmaking slowed down and put pressure on Wall Street’s biggest banks, the bank reportedly slashed a huge number of positions throughout its investment banking division.

Reuters reported on November 3 that the Wall Street juggernaut plans to start a new phase of reductions abroad in the following weeks due to a decline in negotiating deals activity.

“People actions,” according to Chief Executive Officer Pat Gelsinger, will be a component of a cost-cutting strategy. In 2023, the chipmaker promised to cut costs by $3 billion. Gelsinger stated that the changes would begin in the fourth quarter but did not say how many staff would be impacted.

There were fewer than a thousand layoffs at the software giant’s various divisions in October, a spokesperson revealed Axios.

The multinational pharmaceutical company has said it may cut certain roles in reaction to inflationary pressures and a stable currency. Joseph Wolk, the company’s chief financial officer, has said that the healthcare giant is thinking about “right-sizing.” 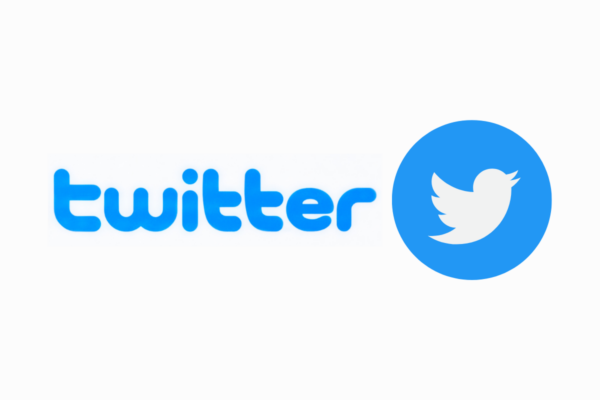 After Elon Musk’s $44 billion buyout, the social media business cut half of its workers across teams in product, engineering, communications, and content curation. Bloomberg later revealed that Twitter was contacting dozens of fired employees and pleading with them to come back.

After eliminating 60 jobs earlier this year and freezing hiring in September, the ride-hailing company announced it would let go 13% of its workforce or approximately 683 workers.

According to Bloomberg News, film subsidiary Warner Bros. Pictures plans to eliminate a number of positions in distribution and marketing, which will result in a 5% to 10% staff reduction.

The company that produces vegan meat announced that it will eliminate 200 positions this year in order to save around $39 million.

According to an email from the company’s founders to employees, the digital payments company is reducing its workforce by roughly 14% and will have about 7,000 workers following the layoffs.

According to a spokeswoman, the online banking company has cut around 160 jobs or 12% of its workforce.

Chief Executive Officer Eric Wu announced that the real estate marketplace would be eliminating around 550 jobs, adding that the company had already eliminated more than 830 roles from its personnel.

The refinery decreased its workforce by more than 1,100 people in an effort to reach its $500 million cost-saving goal for 2022. Employees were informed of the reductions in late October.

Reuters was informed by sources that the American shale gas firm reduced approximately 3% of its employees as it prepared to sell South Texas oil properties.

The memory chip company unveiled a restructuring plan that included 3,000 employee layoffs, or around 8%, of the global workforce.

The electric vehicle startup said it intends to further “right-size” the business, which might have a “sizable impact” on its employees worldwide, which is primarily based in the UK. The corporation stated in July that it may restructure and lay off up to 30% of its workers.

The bitcoin exchange announced it would be eliminating around 60 positions from its institutional onboarding and recruiting teams. The decision, which comes at a time when investors are selling risky assets and cryptocurrencies are being rocked by extraordinary volatility, represents the company’s second round of employment cuts this year. 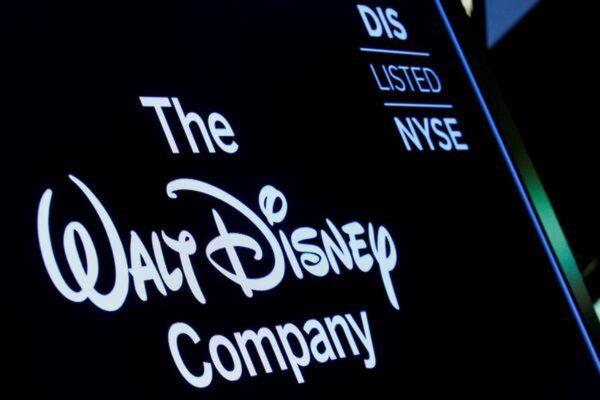 According to an internal company memo acquired by Reuters, the media giant plans to halt hiring and remove some roles.

Due to “present economic conditions,” the manufacturer of video streaming devices announced it would lay off 200 people, or 5% of its workforce.

The networking and collaboration solutions provider announced that it would go through a reorganization that could affect about 5% of its personnel. The project will take two quarters to complete and cost the business $600 million.

By the conclusion of its fiscal year in 2025, the manufacturer of computing products said it anticipated shedding up to 6,000 jobs.

In a memo to the whole staff, CNN’s top executive Chris Licht informed staff members that layoffs were taking place.

The online media company said that it will lay off around 12% of its staff. The business employed 1,522 people in six nations as of December 31 of the previous year.

In an effort to cut expenses and streamline operations, the online meal-kit startup announced it will let off around 10% of its corporate staff. On September 30, the company employed roughly 1,657 full-time employees.

The casual footwear and apparel store announced earlier this week that it had started a labor reduction program. It anticipates that by 2023, this strategy will save around $30 million.

As part of a reorganization strategy to cut expenses, the autonomous driving technology company will let go of 25% of its workforce, or close to 350 workers.

The memory chip manufacturer, citing a persistent oversupply in the semiconductor market, would decrease its investment estimates for fiscal 2024 and slash 10% of its employees in 2023.

As part of its reorganization strategy, the software company announced it would close several operations and let roughly 10% of its staff go, citing the weak economy.

Exponential growth during the pandemic Amazon’s CEO said last week, “we’ve recruited aggressively in the past few years,” therefore the company has raised its scheduled downsizing from 10,000 to 18,000. Andrew Jassy suggests that the “uncertain economy” caused by the collision of firm growth in response to the pandemic and the US and global economic collapse was a big factor.

In March of 2020, Amazon employed 628 thousand people across the globe. By the time the pandemic was over, that figure had risen to 1.5 million. The most recent wave of layoffs will concentrate on the shop’s section of human resources, which encompasses online shopping, warehouses, and physical shops.

Salesforce, a company that makes business software, announced this week that it was cutting off around 8,000 workers, or 10% of its workforce. Its CEO, Marc Benioff, claimed that the business had overgrown.

In an internal email, Benioff said, “That’s something for which I accept full responsibility. We made a lot of money during the pandemic and employed too many people just before the economy started to tank.”

The CEO and founder of Meta, the business that owns Facebook and Instagram, Mark Zuckerberg, announced plans to fire 11,000 workers in November. The fact that he grew the business throughout the pandemic under the assumption that the growth in online involvement would persist was also noted. I apologize to inform you that things did not go as I had hoped,” he said.

Over 150,000 individuals in the software industry were let go last year, as reported on the webpage Layoffs. FYI. Following rapid expansion, the US and worldwide economies have slowed, and experts predict further slowdowns.

The market reaction to firms with minor layoffs appears to be favorable; shareholders regard them as smart cost-cutting initiatives, says Joshua White, an assistant professor of finance at Vanderbilt University in the United States.

US and global economies in crisis 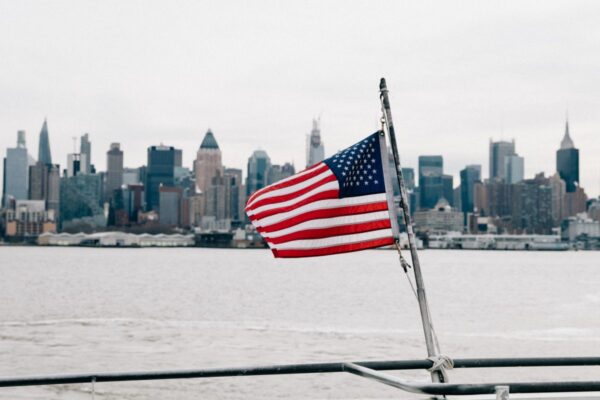 Since the financial crisis of 2008, the CEO confidence index, a monthly survey of US executives, has dropped significantly. James Knightley, the chief international economist at the banking organization ING, believes that this portends business employment cuts. This is already being reflected in tech firms.

When CEOs are so pessimistic, says Knightley, “enterprise America is attempting to close the windows the sails, which means a higher risk of mass layoffs and decreased capital investment.” He goes on to suggest that advertisement, which is how most services like Twitter and Meta make their money, will enable many companies to save even more money.

Nevertheless, for the time being, the cost of living is still high in major economies and is eroding household spending power. He argues that aggressive interest rate rises around the world, especially in the US, UK, and EU, should succeed in their goal of dampening inflation. This affects tech companies on a number of levels, including the demand for streaming services and electric car subscriptions.

According to Knightley, this is causing “homeowners to suffer severely from the quick hikes in the cost of living,” which will only escalate with increased borrowing prices and the fear that firms are taking a more defensive approach in anticipation of job cuts.

Tech companies will be impacted by the ensuing decline in consumer spending. We’re going to see cuts to discretionary spending, which includes a considerable amount of money spent on online consumer products and services, as consumers’ concerns about the economy grow.