What happens if the Russia-Ukraine conflict spills over into a Nato country?

This happened on March 13, according to some reports. The Yavoriv International Center for Peacekeeping and Security is 20 km from Ukraine’s border with Poland, a member of Nato. The chance that a group from the Russian or Belarusian military might accidentally cross a border is also very high, though. Mistakes happen in all military groups. This was clearly shown in recent days when India accidentally fired a missile into Pakistan, two nuclear-armed countries in a state of high tension at the time. 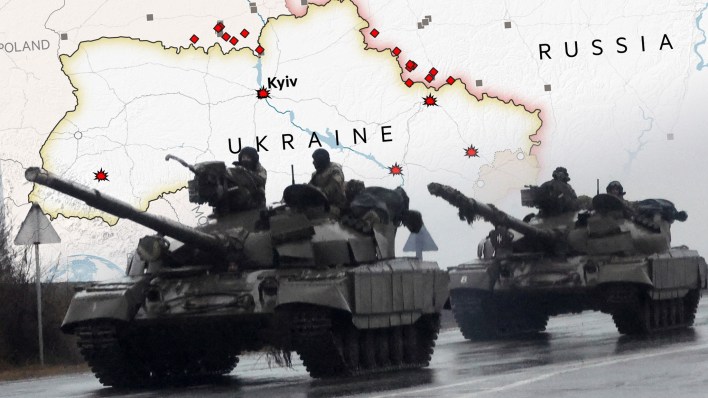 As Russian military activity moves closer to the Ukrainian border with Nato, a direct fight between Russia and the alliance rises.

This happened on March 13, according to some reports. The Yavoriv International Center for Peacekeeping and Security is 20 km from Ukraine’s border with Poland, a member of Nato.

The chance that a group from the Russian or Belarusian military might accidentally cross a border is also very high, though. Mistakes happen in all military groups. This was clearly shown in recent days when India accidentally fired a missile into Pakistan, two nuclear-armed countries in a state of high strain at the time.

In Ukraine, there were a lot of open conflicts that made things more complicated. Pakistan could have retaliated, and it’s not likely that the Polish government would have thought the missile launch was a mistake if it had happened between Poland and Russian forces in Ukraine.

In the eastern countries of Nato, people are more worried about what Russia will do than in the western countries. They took a train ride into Ukraine on March 15 to meet with Ukraine’s president, Volodymyr Zelensky, in the city of Kyiv.

See also  China's Vision for Relations with Europe Is Disappearing 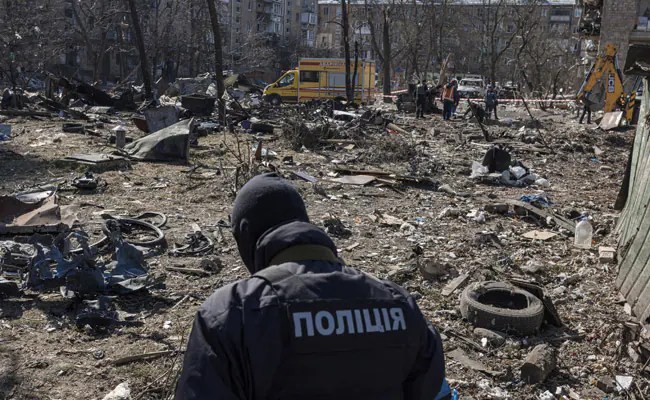 Those countries could be next in line if Russian expansionism goes on, as some people think it will be like it has been. It looks like Vladimir Putin is threatening the Baltic states, and he also wants to regain Russia’s power over other countries that it lost when the Soviet Union broke up.

These countries have a lot of Russians in them, and there has been a lot of unrest in the last few years.

When we look at most of the rank-and-file soldiers on the ground, who are cold and afraid, the chances of things getting worse go up. Local commanders may have to deal with an intractable conflict after a single shot is fired over an otherwise calm but tense border or a junior non-commissioned officer takes aggressive action.

A “no-fly zone” over Ukraine has been proposed by Zelensky, who wants NATO to enforce it. On the other hand, Nato leaders have decided that this could lead to a direct fight between Russian and Nato forces, which could quickly escalate into a war.

The same seems true for another one of Zelensky’s requests: to get planes for the Ukrainian air force. But if NATO were to send planes to Ukraine directly, Russia might think that this is offensive weaponry and take action to stop the aircraft from being sent. Strikes may be made on airfields where the planes are based, like in Poland, before moving to Ukraine.

People say there’s a chance that Zelensky wants a no-fly zone from NATO because he knows it won’t work. This way, he can start to distance himself from the idea of Ukraine joining Nato.

This might give him more room to work out a deal with Russia. But at the same time, he told the US Congress about Pearl Harbor and 9/11 in his speech. Zelensky is telling us what will happen if Nato doesn’t do anything. 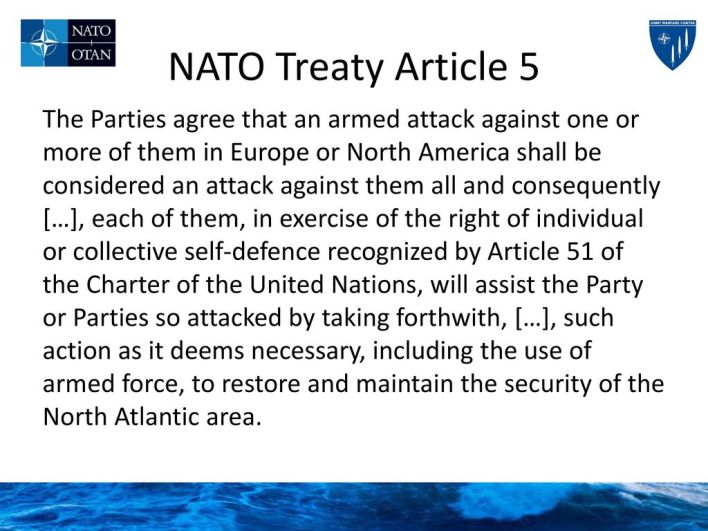 Nato membership lets a country use Article 5 of the North Atlantic Treaty to ask for help from other alliance members. This article has only been used once in the history of Nato, and it was used by the US after the attacks on New York and Washington DC on September 11, 2001, to describe what they were like.

As you can see, Article 5 doesn’t say that all of the other Nato countries would send armed forces to fight off an attack, and it only says that military action can be part of the alliance’s “collective defense” principle.

Westminster’s public statements would make it likely that the UK would keep its promise to battle a Russian strike.

As the UK’s health secretary, Sajid Javid, said on LBC just a few days ago, “If a single Russian toecap step into NATO territory, there will be war with Nato.”

There was a meeting of Nato heads of government in Brussels on February 25, one day after Russian forces took Ukraine. They made a statement saying they were disgusted by the invasion and would help Ukraine.

The alliance said that it would “continue to take all steps and decisions necessary to ensure our allies’ security and defense.” Nato has deployed land and sea assets in its eastern regions and “activated NATO’s defense plans to be ready for a wide range of contingencies and protect alliance territory.”

My research on Nato has been based on informal talks with officers from different countries as part of the alliance.

This has made me think that some Nato countries closer to the conflict zone might not be willing to send in combat forces even if Article 5 is used, even if the conflict is over. If Nato’s political leaders were ready to attack Russian soil, that could worsen the war and raise the risk that Russia might use nuclear or chemical weapons to fight back, so it’s essential to find out.

Whether conventional or nuclear, Deterrence needs both sides to make intelligent decisions. The way Putin thinks is different from the way western leaders believe, which is why this crisis and conflict began in the first place. Until now, Nato hasn’t been able to stop Putin from going on with his plans.

“You’ve never seen consequences like this in history,” he says.

Peace talks are also likely to lead to more demands from Russia, so any concessions are likely to make more.

This is a big problem for Nato’s members in the east. What isn’t clear is whether other members of Nato see the threat in the same way that we do here. Nato needs to work together right now and in the coming weeks and months.

Top 10 Best and Most Reputed Startups in Agra 2022