The predicament of oxygen concentration supply is selling in India as an unfaltering stumbling block. While we suffer recklessly every day, the government slightly puts its foot on being irresponsible towards its deference. Earlier this week, the PMO had tweeted that around 551 new oxygen concentration plants will get instilled in India, and the funding will get sourced through the PM Cares Fund. Well, for obvious citings, it hasn’t settled well with the nation.

The government lacks the promptness to understand the emergency of reeling citizens. Besides, neglecting its duties, the government has stock its guns to pop up their revenue by collecting enormous taxes. If India’s contingencies ailing wasn’t enough for the government, it has now taken a significant step towards putting off hinges on its responsibilities.

Government Failure in Coping The Covid Tsunami; Capitalizing The Crisis To Earn Revenues

The situation in India is recognized worldwide as being grim and perplexed. In fact, the actual oxygen supply is so less that India has to be reliant on foreign allies for adequate supply. While claiming the sudden sharpness of Covid-19 infections, PM Narendra Modi called it a Covid Tsunami, and it’s carving out just the right moment. In a statement released Friday, the government has permitted individuals and foreign inhabitants to supply oxygen concentrators as free of cost gifts to their relatives in India.

The fact that IGST on such imports has to be paid shows that the government is trying to sell us another false narrative for uplifting our hopes while stocking up its revenues. In a time when the government should be willingly cooperating and diverting its focus towards helping hospitals increase their oxygen supply, it has shifted to launch new policies that perplex the situation even more. Due to the shortage of equitable supply of oxygen units, the citizens have been acquiring cylinders in large bulk to meet any darkened crisis. It adheres to the government’s failure in ameliorating the dire state.

Furthermore, the government has exempted imports of oxygen supply for personal use under the gift grouping or the acquisition placed through e-commerce portals. In the midst of the spiking Covid Tsunami reeling the country, the Indian conglomerates have to depend on their hands for arranging their oxygen concentrations.

What if the rendering oxygen supply gets delayed due to clearance checks or gets stuck due to any constraint? Have the citizens bearing a severe disease been allowed to wait until the supply arrives as they are being overridden by the pomposity of the government?

A release by the Directorate General of Foreign Trade stated the amendment in the existing rule, “The government has parted complexities with the rules to allow import for commercial use. Now the rule has been amended for the individuals too.”

It further stated that, however, the waiver would part ways with paying custom duty, it is not ready to compensate on the IGST. The question that pops up in the whole dilemma is the foreign supply arriving from distinctive nations not enough for sufficient aid to the citizens. Is it a sign of showing concern for the citizens subsequently after facing baffling jabs on social media handles? Well, if that’s the case, then the citizens have conceded to the false hopes blatantly served by the government of sufficient oxygen supply across the state; thousands of patients are inevitably suffering every day.

According to the perpetual guidelines issued by India, gifts over Rs. 1,000 are accustomed to custom duty and integrated GST. The exemption limit for oxygen concentration supply has been granted up to July 31, 2021, for personal use. “Import of oxygen, including those acquired from e-commerce conglomerates, through speed post or courier, where customs checks and regulations is sought as gifts, is prohibited except for life saving drugs/ medicines/ oxygen supply and rakhi (but not presents comprehending to rakhi),” the notification said.

The perpetual stance has get disseminated to ramp up the supply of oxygen in Indian states as they face a brimming shortage of oxygen. Previously, the oxygen concentrations weren’t validated in the list but seeing the spike in cases, the DGFT has sought to allow permittances.

The current regime has upended all the confiscations from their side to provide a perplexing solution to the problem. The oxygen concentration is in inflated demand due to the savagery rise of Covid-19 cases in the nation, and the government has presumed it to be a money-making policy. My question to the government authorities is why haven’t they bypassed the IGST constraint from the permittance of oxygen concentration. Whether the plan is to uplift the moods of the citizens rather than being congenial to assist?

What we have incurred from past experiences is that our government has driven such precincts for their preferences. They have prioritized integrating exemptions on imports partially as the taxes collected would fulfill their greed of gobbling up more funds. Rarely, we have observed the government stand up against all odds to fight for the welfare of the citizens. While the vast majority of the population is suffering, the government diverting focus from the state of affairs. Furthermore, it is asserting that the perturbation is in control.

The Indian citizens have been excruciated in every possible way as they have to procure their services by their endpoints. Is this the precis of building a self-reliant India? By manipulating the prices and restricting supply to selective states, the government has shown compendious signs of how badly a notion could get destroyed within such a quick turnaround.

The dire situation in the hospitals and the crematoriums is significant to understand that the new policy is about opposing the brazenness. If the government’s decisiveness hadn’t been shambolic, we wouldn’t have been fretful for such devastating overhauls in our lives. The assurances of a movement that brought hopes of global recognition to many domestic conglomerates have faded away swiftly. The government hasn’t been able to intercept and cope with the miseries beforehand, and the ultimate sufferers have been the citizens. 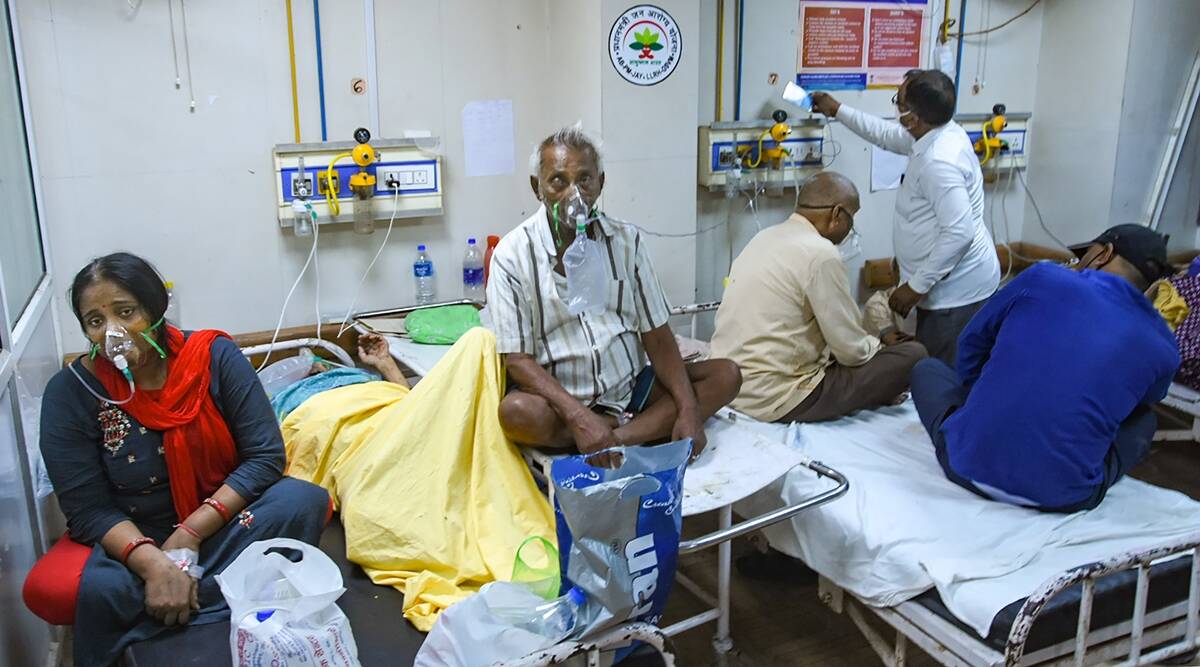 The perplexions in importing the oxygen cylinders from their relatives would mean an overhauling delay in supply amid the urgency. Do we have the contingency to afford such an impromptu risk at a throbbing point of time? The answer is probably not! When the Prime Minister says that we have rallied our efforts in building Covid Specific Health Infrastructure, you know there’s a lot of lies in it as there has been barely any improvement in India’s healthcare system over the past year.

If the situation was kinetic towards recovery, then why the government resort to appeal to the foreign inhabitants in shrewdness for oxygen supplies. Referring to the fact that the government has permitted oxygen concentration imports signifies that our domestic manufacturing incapability has deterred under the cosh all this while.

Tanish seeks new opportunities as a professional content writer and writes on several fundamental topics like businesses and economics. The focal point remains on expressing opinions on critical aspects concerning the economy.
By Tanish Sachdev
Follow Us
Weather
New Delhi, IN
Mist
32 ℃
32º - 29º
70%
3.09 km/h
32℃
Sun
34℃
Mon
34℃
Tue
34℃
Wed
34℃
Thu
Recent Tech News
Facebook Twitter WhatsApp Telegram Viber
Back to top button
Close
Popular Posts
Most Commented
Recent Comments
We use cookies on our website to give you the most relevant experience by remembering your preferences and repeat visits. By clicking “Accept All”, you consent to the use of ALL the cookies. However, you may visit "Cookie Settings" to provide a controlled consent.
Cookie SettingsAccept All
Manage consent