This month, at least two generic versions of the popular COVID-19 medicine Paxlovid by the US-based pharmaceutical giant Pfizer are anticipated to be available in India, providing thousands of high-risk patients with a cheap option for therapy.

After demonstrating the drug’s safety and effectiveness through bioequivalence studies, drug manufacturers Hetero Pharma and Zenara Pharmaceuticals have announced that their versions of Paxlovid have won regulatory clearance. According to sources, the medications would be introduced in India by the end of this month.

Paxlovid costs the US government $560, or more than Rs 46,000 for each course. The treatment will be sold in India under the brand name Nirmacom. Hetero has opted to keep the cost of the medication under Rs 5,000 every course, and Zenara has stated that the Paxgen medication will cost Rs 5,200 per box.

To prevent abuse by private pharmacies and online channels, both corporations are expected to restrict sales to hospitals and government purchases, at least initially.

Why is Paxlovid recommended for COVID-19? To maximize the efficiency of this combination drug, Nirmatrelvir, an antiviral drug that prevents the virus from spreading inside the body, is combined with Ritonavir, a booster that makes more Nirmatrelvir available inside the body.

When administered within three days of the onset of symptoms, the medication, which was approved by the US Food and Drug Administration for COVID-19, demonstrated 89 percent efficacy in phase 2 and 3 clinical trials, and a US study revealed that it decreased hospitalization or death by 49 percent in a highly vaccinated group of people over the age of 50.

Senior virologist Dr. Shahid Jameel, who is affiliated with Green Templeton College at the University of Oxford, noted that “this would be a real-life future situation.”
Importantly, the drug’s clinical trial has demonstrated that it is effective in vaccinated individuals as well, since 90,3 percent of those in the US research had received three or more doses of the vaccine.

Despite a very high COVID-19 vaccine coverage in India, it may be essential for a tiny portion of people who become sick and may experience catastrophic problems. Paxlovid has been authorized for emergency usage by the FDA to address mild to severe COVID-19 in adults and children (12 years and older, weighing at least 40 kg) who’ve already tested positive for SARS-CoV 2 and who are at significant risk for developing an illness, hospitalizations, or deaths.

Additionally, the medication should only be used five days after the commencement of symptoms. Since the medicine demonstrated efficacy and potential against all SARS CoV 2 variations, including Omicron and its many sub-variants, which have demonstrated immune escape qualities and are capable of producing repeat infections, it has drawn considerable attention on a global scale.

Dr. Gagandeep Kang, a scholar of virology at the Christian Medical College in Vellore, says that Paxlovid is efficient against all types of HIV and it will help people who are at risk of getting sick seriously.

The frequency of infection may have significantly decreased at the time, but Kang cautioned that there is no guarantee that cases won’t increase in the unforeseen future.

According to Kang, monoclonal antibody treatments are no longer effective since the virus has evolved to circumvent immunity. Paxlovid is the only particular antiviral medication we now have because Molnupiravir, another medication prescribed for COVID-19, appears to be ineffective and raises safety issues. In March 2022, the United Nations-backed Medicines Patent Pool (MPP) declared that it has secured contracts with 35 businesses to produce generic versions of Paxlovid that can be imported into 95 low- and middle-income nations.

The businesses that were given the sublicensing opportunity proved that they could fulfill the MPP’s requirements for production capacity, legal compliance, and global standards for high-quality pharmaceuticals.

However, local clinical study requirements and price negotiations, according to industry sources who spoke to Moneycontrol, were what ultimately caused the drug’s rollout in India to be delayed.

However, experts explain why it will benefit India to have the medicine in its arsenal now that people there can hopefully obtain it because the disease has advanced to the point of becoming endemic.

Good medications to treat sickness in susceptible populations—in this example, the elderly and people with comorbid conditions—become extremely crucial when a virus becomes endemic, according to Jameel. As a result, he noted, “the launch of generic Paxlovid is a very welcome step. 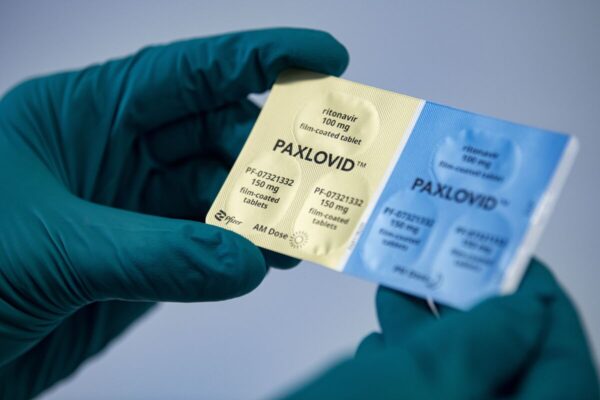 There is some hope that Paxlovid may also help those with long-term COVID, or COVID-19 symptoms that persist for weeks, months, or even years after the initial infection has been treated, although there is no hard evidence to support this claim.

Dr. Raymond Savio, a critical care specialist who has been treating patients with severe COVID-19 since the start of the pandemic, worries that if the medication is available, there may be an increase in inappropriate prescriptions.

He advised the public to be informed that this is not for asymptomatic disease and should not be taken by pregnant women, persons with severe renal disorders, or those with liver disorders. The lesson is clear: each medicine has a certain indication and needs to be prescribed carefully.