It is significant that the National Green Hydrogen Mission was just approved by the Union cabinet, launching yet another major project in our march toward net zero in the next 50 years. Undoubtedly, it will be difficult to accomplish this. Over the next three to five decades, India’s economy is expected to expand to $20-30 trillion, and this expansion corresponds with our net zero commitments.

It might be worthwhile to emphasize once more that hydrogen is not a primary fuel since, unlike other primary energy resources like fossil fuels, nuclear fuels, or renewable energy sources, it is not readily available in a naturally pure form.

It is similar to how protons and electrons move in electricity in that neither is naturally occurring and must be produced by a primary energy source. But because they may be produced at one end, transferred, and then consumed at the other, both are effective energy carriers. There are no further parallels between hydrogen and electricity. Let’s now discuss the direction of the energy demand over the ensuing few decades. The development of India’s economy and industry would be influenced by the affordability and abundance of energy. India uses 929 Mtoe (million tonnes of oil equivalent) of primary energy, or 7,000 terawatt hours (TWh), of which just 4% is renewable.

20 percent of the overall energy consumption is made up of 1,400 terawatt hours of electricity, with the remainder going to the transportation, business, industrial, agricultural, and residential sectors. 85 percent of India’s energy needs are met by fossil fuels, mostly coal, oil, and gas. Solar and wind power make for roughly 4% of installed capacity, while nuclear and hydropower account for 2.5% and 4.5%, respectively. It is crucial to take note of the figures.

Depending on the growth trajectory, the current energy consumption of 7,000+ TWh will expand 5-7 fold over the following 3-5 decades, just about the period when New Delhi sets a net zero target. In order to achieve its desired high development trajectory, which aligns with net zero, India faces the greatest obstacle.

So what makes hydrogen important to India?

There are three crucial justifications.

The first is the urgent need for infrastructural expansion. The rest of the energy, which consists of fossil fuels, is transported via road, sea, and piped networks, whereas electricity requires a wired network for transmission and distribution (T&D). The development of T&D infrastructure will require significant expenditure if all the energy is to be carried as electricity. And given the prospect of network hacking in the age of artificial intelligence, a single energy-conveying method might be the source of a possible disturbance. Another carbon-free energy carrier that is an option is hydrogen. 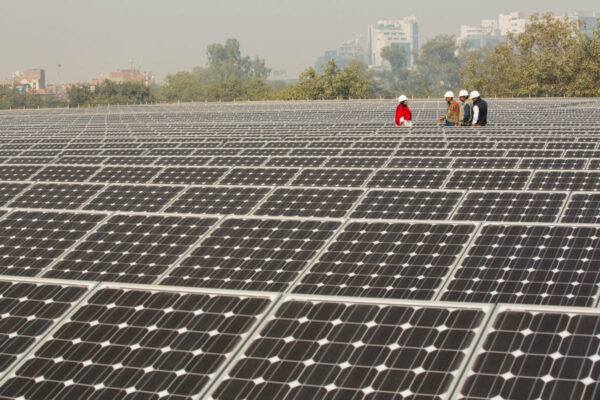 Furthermore, power is used to create green hydrogen. If the power comes from renewable sources like the sun, wind, or biomass, green hydrogen can be used to store the energy, turning it from “weak” to “firm.” In that sense, hydrogen functions as a clean energy transporter.

Third, since fossil fuels are now used for both energy and materials (fertilizers, plastics, and steel), hydrogen also offers a material substitute. Hydrogen can take over as a replacement for material sustainability if we stop using fossil fuels as part of our net zero transition.

Massive R&D is being done to increase this to 5,000 Wh/kg so that carrying it is similar to hauling gasoline and diesel. The lack of materials needed to make batteries, including lithium, cobalt, nickel, and graphite, poses the greatest risk in India. It is all but certain that hydrogen fuel cells will support heavy-duty commercial transportation in India.

The mission for Green Hydrogen

India must use a number of strategies to endure this. The strategy defined patterns for some of these. An initial budget of Rs 19,744 crore would go toward building the hydrogen ecosystem.

Therefore, early hydrogen deployment for a variety of end uses is essential for the mission’s success. One low-hanging fruit that can hasten India’s transition to a hydrogen economy is the use of hydrogen as a drop-in fuel for internal combustion engine (ICE) vehicles or as a drop-in material in chemical processes like ammonia, petrochemicals, steel, and many fossil fuel-driven material industries, to hydrogen boilers.

Since hydrogen can supply all of the energy requirements of the complex, facilities like airports, shopping malls, computer centers, and so forth can run entirely on gas. The next phase of hydrogen use will involve fixed and mobile fuel cell-based power units. Since these are more effective than the hydrogen uses listed earlier, which are low-hanging fruits, this will be the most effective strategy to promote the use of hydrogen.

The goal is to reduce the life cycle cost of producing hydrogen from water electrolysis to Rs 100/kg by the end of this decade, which is currently between Rs 600 and Rs 800/kg. Coal, the most accessible energy source in India, may be used to create hydrogen and vice versa. Hydrogen will be delivered for less than Rs 150 per kg using a pit head coal to a hydrogen facility.

Since we can convert coal into hydrogen and safely incorporate carbon capture, utilization, and storage (CCUS) to make it nearly zero emission hydrogen plants, it won’t be out of place to study the use of the next type of hydrogen, blue hydrogen. This hydrogen can be produced in big quantities to meet demand and will be 50% less expensive than renewable hydrogen. 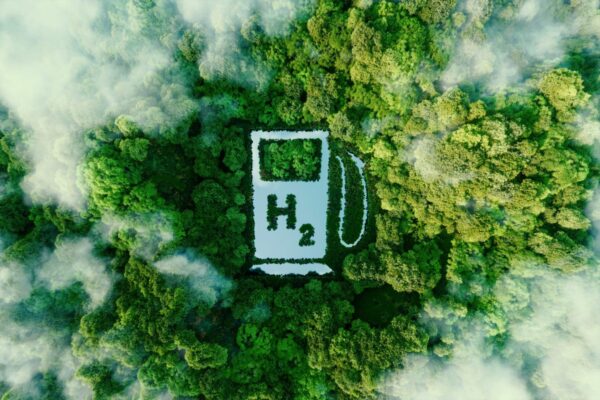 Given that the price of hydrogen currently exceeds Rs 600/kg, it may be too soon to declare it the beginning of the hydrogen economy. On a parity basis, or per kWh (energy unit), coal energy costs Rs 0.6/kWh today, natural gas costs about Rs 3/kWh, and green hydrogen will cost Rs 20/kWh in the future.

This gap is enormous and cannot be closed only through economies of scale. It necessitates a variety of tactics. The focus should be on creating a completely new and advanced technology innovation system (recall that solar PV cost Rs18/kWH in early 2010). We must simultaneously create a CO2 tax/credit scheme.

These can get an increase in supply thanks to productivity-related incentive programs, an increase in demand thanks to the green hydrogen consumption requirement (GHCO) mandate for refineries, municipal gas, and fertilizers, and an increase in exports for eco-friendly goods.

In the next three decades, 90% of India will be developed (as its economy expands from $3 billion to $30 trillion from where it is now), and hydrogen will be the fuel for this expansion. India, therefore, has a fantastic opportunity to develop its next-generation technologies and establish itself as a worldwide supplier, unlike in the industrialized west.

Bold action must be taken in this regard, and PM Modi’s recent announcement regarding green hydrogen is the best course of action. To ensure that the Indian economy grows quickly and sustainably, this will need to be followed by other missions like the blue hydrogen, CCUS, and hydrogen fuel cell mission (HFC).

There are two criticisms about hydrogen. The first is the potential for using water as a source of hydrogen and how this might affect the hydrogen-water nexus, and the second is the issue of safety and regulation. These are entirely valid worries that require attention. This needs to be thoroughly examined by scientists, public intellectuals, energy and environmental scientists, and regulatory authorities.

India is capable of incorporating solutions into its existing plans while constructing new technology plants, but doing so would incur significant costs. If India wants to truly address carbon dioxide, it needs international funding because fossil fuels play a significant role in its strategy for transforming its energy system.

China responds to Japan and South Korea on COVID curbs