Facebook parent company Meta Platforms Inc announced on Wednesday that it would lay off 13% of its workforce, or more than 11,000 workers, as part of a plan to cut costs at the social media platform in the wake of disappointing earnings, rising costs, and a weak ad market. This is one of the largest tech layoffs of 2022.

“I want to accept responsibility for these choices and how we arrived here. CEO Mark Zuckerberg issued a statement saying, “I know this is difficult for everyone, and I’m very sorry to anyone impacted.

Due to a sharp fall in digital advertising revenue, a shaky economy on the verge of a recession, and Zuckerberg’s sizeable investment in the metaverse, a speculative effort in virtual reality, the reductions—which are part of the first major budget cut since the founding of Facebook in 2004—are being made. To prepare executives for the changes, Zuckerberg spoke to them on Tuesday. Affected employees will be informed starting this morning. According to the Wall Street Journal, Zuckerberg claimed responsibility for the company’s “missteps” during the executive call. 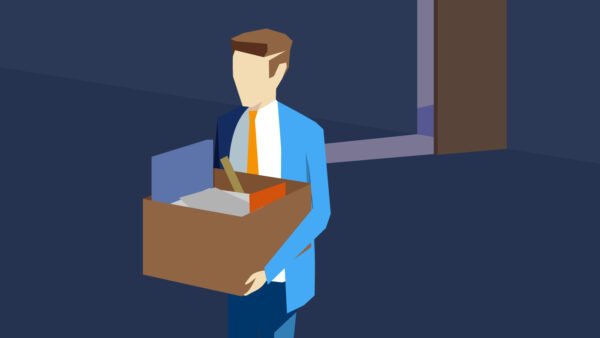 The layoffs at Meta, which are the first in the 18-year history of the company, come on the heels of Twitter’s last week when that company lost almost 50% of its workers after being acquired by Elon Musk.

When access to Slack or email was abruptly cut off during those layoffs, many employees learned they were no longer employed. According to Musk, the measures were necessary to stop the social network’s losses. Later, he invited a few fired workers to return.

The parent company of the competing programme Snapchat, Snap Inc, said in August that it would reduce its personnel by 20%.

In the face of decades-high inflation and swiftly rising interest rates, the Covid-19 epidemic boom that increased the valuations of IT companies and companies, in general, has collapsed this year.

More than two-thirds of the value of Meta’s shares have been lost, and the company announced that it also intends to reduce discretionary expenditure and extend its hiring freeze through the first quarter.

In September, Zuckerberg informed the staff that Meta planned to reduce spending and reorganize teams. The Menlo Park, California-based business, which also controls Instagram and WhatsApp, put a stop to hiring. The CEO of Meta claims that fewer employees will be employed in 2023 than they are this year. 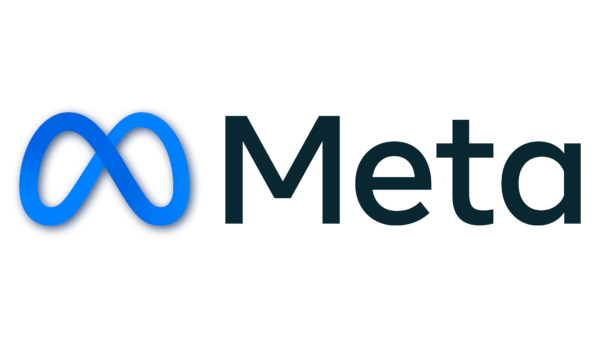 The American international technological corporation Meta Platforms, Inc., doing business as Meta and formerly known as Facebook, Inc. and TheFacebook, Inc., is situated in Menlo Park, California. The firm, among other things, is the owner of Facebook, Instagram, and WhatsApp. One of the most valuable corporations in the world is Meta. Along with Alphabet, Amazon, Apple, and Microsoft, it is regarded as one of the Big Five American technological giants.

Facebook, Messenger, Facebook Watch, and Meta Portal are among the goods and services offered by Meta. Additionally, it owns a 9.99% share in Jio Platforms and has bought Oculus, Giphy, Mapillary, Kustomer, Presize, and Oculus. The corporation sold advertising to bring in 97.5% of its income in 2021.

To “reflect its concentration on constructing the metaverse,” the parent company of Facebook changed its name from Facebook, Inc. to Meta Platforms, Inc. in October 2021.

On January 1, 2012, Facebook submitted a request for an initial public offering (IPO). According to the company’s preliminary prospectus, it was looking to fund $5 billion, boasting 845 million monthly active users and a website that received 2.7 billion likes and comments daily. Following the IPO, Zuckerberg would continue to possess 22% of Facebook and 57% of the voting shares.

Underwriters valued the business at $104 billion, the highest valuation to date for a freshly public corporation after the shares were appraised at $38 each. Facebook said on May 16, the day before the IPO, that due to strong demand, it would offer 25% more shares than first anticipated. The IPO raised $16 billion, ranking third in the history of US IPOs.

The stock price increased the company’s market capitalization above all but a small number of American businesses, surpassing titans like Amazon, McDonald’s, Disney, and Kraft Foods, and increased the value of Zuckerberg’s shares to $19 billion. According to the New York Times, the sale helped Facebook become a “must-own stock” by answering concerns regarding the company’s issues luring advertisers. JPMorgan Chase’s Jimmy Lee called it “the next great blue-chip.”

On the other hand, TechCrunch writers expressed doubt, saying, “That’s a large multiple to live up to, and Facebook will likely need to introduce bold new revenue streams to justify the massive price.”

The Nasdaq exchange experienced technical difficulties on May 18, which caused a delay in the start of trading in the shares. For most of the day, the stock struggled to maintain a price above the IPO price, necessitating underwriters repurchasing shares to stabilize the price. The shares’ value at the closing bell was $38.23, which was $3.82 less than the value at starting bell and only $0.23 above the IPO price.

The financial press generally characterized the debut as disappointing. Despite this, the stock broke the previous IPO trading volume record. The stock fell 16.5% to $31.91 at the end of its first full week of trading on May 25, 2012.

Financial Industry Regulatory Authority officials from Wall Street reported on May 22, 2012, that they had started an investigation into whether banks underwriting Facebook had inappropriately shared information solely with a small number of clients rather than the general public.

Morgan Stanley was summoned in connection with the same matter by Massachusetts Secretary of State William Galvin. The claims stoked “fury” in some investors, who immediately filed many lawsuits, one of which was a class action lawsuit alleging damages of more than $2.5 billion due to the IPO. According to Bloomberg, since Facebook’s IPO, ordinary investors may have lost as much as $630 million on the shares.

The company’s internal motto would be changed from “Move fast and break stuff” to “Move fast with robust infrastructure,” according to Zuckerberg’s announcement on May 2, 2014. In a 2009 interview with Business Insider, Zuckerberg referred to the previous adage as his “primary command to his developers and team,” adding, “Unless you are breaking stuff, you are not advancing fast enough.”

The Metaverse, a 50-page vision statement by Oculus head Jason Rubin, was emailed to Facebook’s top executives in 2018. In the document, Rubin admits that despite spending hundreds of millions of dollars on content for early adopters, Facebook’s virtual reality business didn’t take off as anticipated. To beat out rivals like HTC, Apple, Google, and other players in the VR market, he also challenged the company to act quickly and aggressively on its vision.

He wrote: “Let’s develop the Metaverse to keep them from being in the VR business in a meaningful way at all.” with regard to other participants’ involvement in the metaverse vision.

Facebook established Libra Networks in May 2019 to create its own stablecoin cryptocurrency. Recent reports show that major institutions like Visa, Mastercard, PayPal, and Uber support Libra. The group of businesses anticipates pooling $10 million each to support the launch of the Libra cryptocurrency coin. The Libra Association intends to introduce a restricted format cryptocurrency in 2021, subject to when it receives authorization to function as a payments service from the Swiss Financial Market Supervisory body.

After receiving negative feedback from both the public and government regulators, Diem was later rebranded back to Libra before being shut down and sold in January 2022. 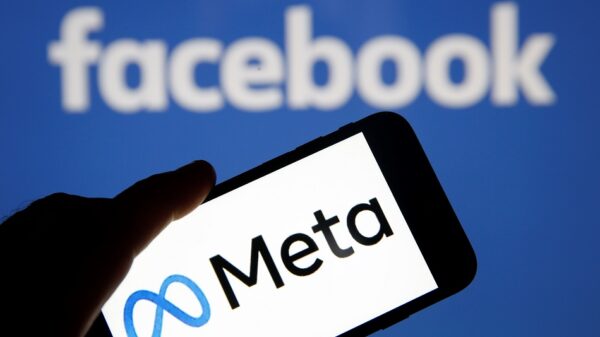 According to founder Mark Zuckerberg, Meta, the parent company of Facebook, has chosen to fire 11,000 workers, or 13% of its workforce, to become a “leaner and more efficient firm by slashing discretionary spending and extending our hiring freeze through Q1.”

In a letter written to his 47,000 workers, Mark apologized to all who were impacted and took responsibility for these decisions and how we got here. He provided the following justifications and next steps:

1- Wrong assumption of the online landscape

The post-Covid world quickly transitioned online, and the explosion of e-commerce produced astronomical income growth. Many believed this acceleration would last forever and continue long after the pandemic. However, patterns reverted to earlier patterns.

Based on false expectations, Meta boosted its investments greatly, but the macroeconomic slump, increasing competition, and advertisement loss signalled much lower revenue than anticipated.

3- The Apology and two reasons

Zuckerberg said, “I got this wrong, and I take responsibility for it.”

He continued, “We’re making all these adjustments for two reasons: first, we want to ensure that we’re running efficiently across Family of Apps and Reality Labs, and second, our revenue outlook is lower than we anticipated at the beginning of this year.

Zuckerberg said, “We’ve cut costs across our business, including scaling back budgets, reducing perks, and reducing our real estate footprint. We’ve shifted more of our resources onto smaller high-priority growth areas, like our AI discovery engine, ads and business platforms, and long-term vision for the metaverse.”

There is no effective way to perform a layoff; Mark agreed to and approved what the staff will accept. Soon, everyone will receive an email informing them of the implications of this layoff. Each affected employee will then have the chance to speak with someone, get their questions answered, and attend information sessions.

6- What will the laid-off employees get

With no cap, Meta will pay 16 weeks of base salary plus an additional two weeks for each year of service.

The employer will reimburse all leftover PTO time.

Everyone who is affected will get their vesting on November 15, 2022.

For a period of six months, Meta will pay the cost of healthcare for individuals and their families.

Additionally, Meta will offer three months of career help through a third-party vendor, including first access to unreleased employment leads.

There will be a notice period before termination and some visa grace periods for the non-US employees who have worked at Meta, giving everyone time to make plans and sort out their immigration status. Dedicated immigration experts will assist laid-off workers. Similar provisions outside the US will be made using distinct procedures considering regional employment regulations.

As Mark explained, “Given the extent of access to sensitive information, we chose to remove access to most Meta systems for anyone leaving today.” However, email addresses will remain available so everyone can bid farewell.

With a few exceptions, the company has prolonged its hiring moratorium until the first quarter. Mark will be in charge of evaluating the company’s success, operational effectiveness, and other macroeconomic variables to decide whether and how much recruiting should resume at that time.

“There is no getting past the fact that this is a sad time. I want to express my gratitude once more to everyone leaving for their contributions to this area.

I understand that this is a trying moment for those of you who are remaining as well. Along with saying farewell to those we have worked closely with, many of you are also filled with apprehension about the future. I want you to know that we are making these choices to ensure the stability of our future.

I firmly believe that our company is currently greatly undervalued. Billions of people use our services to connect, and our communities are expanding. One of the most profitable companies ever founded, our main business has enormous future potential. And we’re at the forefront of creating the technologies that will determine how people will connect in the future and what the next computing platform will look like. We carry out crucial historical work. If we work hard, I do not doubt we’ll emerge from this recession stronger and more resilient than ever.”

2022: How to check your name in PMAY Assam Scheme?

Unacademy sacks off another 350 employees in the second restructuring process