According to government sources, three instances of Omicron subvariant BF.7, which appears to be the strain causing China’s recent spike in COVID cases, have been found in India thus far. Gujarat Biotechnology Research Center discovered the first case of BF.7 in India in October. According to them, two instances have so far been recorded from Gujarat and one from Odisha. Experts noted there has to be ongoing monitoring to keep track of both current and developing varieties, even if there hasn’t been a general increase in Covid caseload as of yet, in the Covid review meeting on Wednesday, which was presided over by Union Health Minister Mansukh Mandaviya.  The extremely contagious Omicron strain, namely BF.7, which is the major variety circulating in Beijing and is causing a greater rise in COVID infections in that country, is presently affecting Chinese cities, according to government sources.

According to an official source, “the low level of immunity in the Chinese population from the prior infection and maybe vaccination as well” may be the cause of the BF.7’s high transmissibility in China. The Omicron variety BA.5, of which BF.7 is a sub-lineage, has the strongest ability to cause infection since it is extremely contagious, incubates quickly, and can reinfect or infect even people who have received vaccinations.  The US, the UK, as well as European countries, including Belgium, Germany, France, and Denmark, have already reported finding it.

In response to a dramatic rise in COVID cases in China and other nations, the government is reintroducing random testing for foreign travelers at all domestic airports, a source in the health ministry said on Wednesday.  The choice was made after instances of Omicron subvariant BF.7, the strain responsible for the recent spike in COVID cases in China, were found in India. 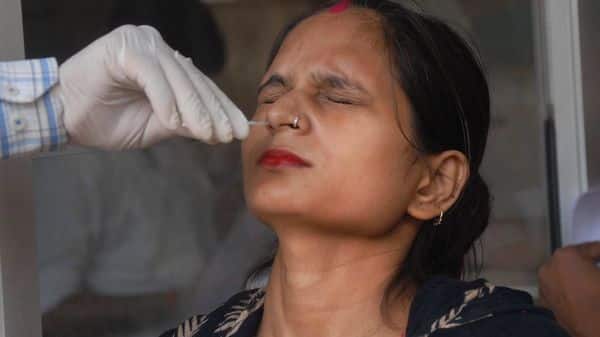 An official source announced this during a review meeting presided over by Union Health Minister Mansukh Mandaviya.”Testing will be conducted on a random sample of foreign travellers travelling from different nations, including China. In light of the rapid increase in Covid cases in several regions of the world, the Karnataka government would also begin screening overseas travelers at Bengaluru Airport, according to state Health Minister K Sudhakar.  Other state governments, including those of West Bengal, Maharashtra, and Delhi, have also voiced their worry and indicated that they are prepared to deal with any potential increase in cases.

Mandaviya evaluated the country’s position earlier in the day and urged citizens to adopt COVID-appropriate behavior, such as using masks in crowded locations and getting immunized. “COVID is still ongoing.  I’ve told everyone involved to be vigilant and step up security. “We are equipped to handle any circumstance,” said Mandaviya. The minister received a briefing on the local scenario and the global COVID-19 situation, as well as the level of readiness of all parties, during the meeting, which was attended by experts and senior authorities.

Infection rates have increased in recent days in nations including Japan, South Korea, and the United States, according to statistics from the World Health Organization, while infections have increased in China following the lifting of stringent prohibitions.  The Union Health Ministry on Tuesday advised all states and union territories to increase the whole genome sequencing of Covid-positive samples to keep track of new variations due to the surge in cases in these nations. 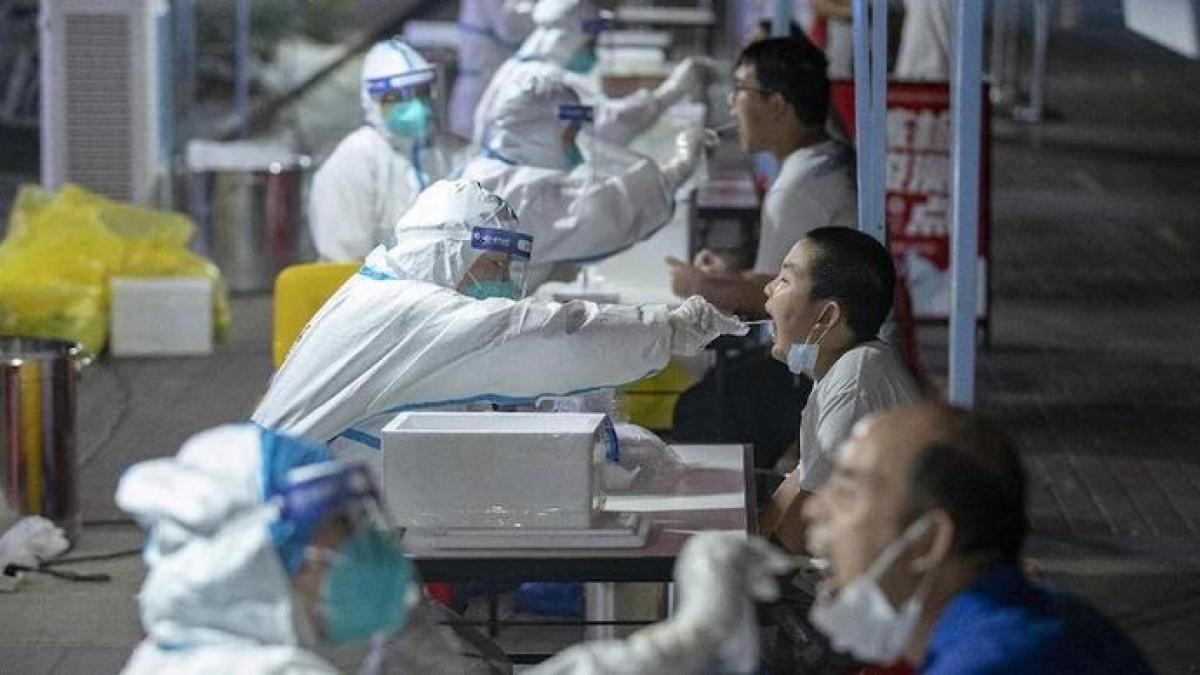 The country’s newer varieties, if any, would be able to be promptly detected through this effort, according to Union Health Secretary Rajesh Bhushan, who wrote to the states and UTs.  This will make it easier to implement the necessary public health measures. One case has so far been recorded from Odisha, while two instances have so far been reported from Gujarat.

The Omicron variety BA.5, of which BF. India recorded the most instances worldwide, second only to the United States, with more than 44 million COVID infections so far. However, in recent months, the number of confirmed infections has dramatically decreased, with roughly 1,200 cases currently being recorded each week.

The NRI woman arrived in Vadodara from the United States in November, according to Vadodara Municipal Commissioner Banchhanidhi Pani, and after a week, she tested positive for Covid-19.  Her test findings for the BF.7 variation were verified after the woman’s sample was sent for genome sequencing.

The lady received three doses of the Pfizer vaccine, according to the city leader. The woman was kept in her house alone and didn’t disclose any significant symptoms. The woman is in typical health. Along with the NRI woman, a male from Ahmedabad’s Gota neighborhood also tested positive for BF.7. The civic organization claims that the individual acquired Covid-19 after arriving from overseas in September. After his sample was sent for genome sequencing, it was discovered that he had the BF.7 form of the virus. “In July-October-November-2022, two patients with Omicron BF.7 & BF.12 infections were recorded. These patients underwent home isolation therapy and have recovered completely “Gujarat’s health agency reported. On Wednesday, the health department conducted a high-level conference in Gandhinagar, Gujarat, where representatives talked about the steps they are taking to stop the infection from spreading.  Every day, the health service collects 7,000–8,000 samples for Covid testing. There are 20 current Covid-19 cases in the state right now, but none of them are being treated in a hospital.

Rs. 10,09,511 worth of loans were written off in the other five fiscal years: Minister of Finance Nirmala Sitharaman