Almost 3.15 lakh complaints or appeals are outstanding with 26 information commissioners throughout India, nearly 17 years after India passed the Right to Information (RTI) Act, indicating that the transparency system in the nation is still an illusion. Satark Nagrik Sangathan said that commissions have a backlog of appeals or complaints that is continuously growing each year. Maharashtra has the most cases pending, with 99,722, followed by Uttar Pradesh with 44,482, Karnataka with 30,358, the Central Information Commission with 26,724 cases, and Bihar with 21,346 cases. According to the research, just 5% of the posts in the country’s 29 information commissioners are held by women, and two of them are entirely dead.

As all of the commissioner positions were vacant during the review period, three information commissions were found to have been inactive for differing amounts of time, while two commissions were discovered to have been inactive when Sangathan was compiling its report. Since their total collapse, Jharkhand and Tripura have been in existence for 29 and 15 months, respectively. There are no chiefs in Manipur, Telangana, West Bengal, or Andhra Pradesh. In addition, some information commissions, most notably the Central Information Commission, are working at a reduced capacity due to the presence of fewer members than necessary.

Information commissioners are required under the RTI law to protect and advance people’s basic rights to information and serve as the last appellate authority. When penalties were possibly imposed, the commissions did not apply them in 95% of the cases, according to a review of the fines levied. 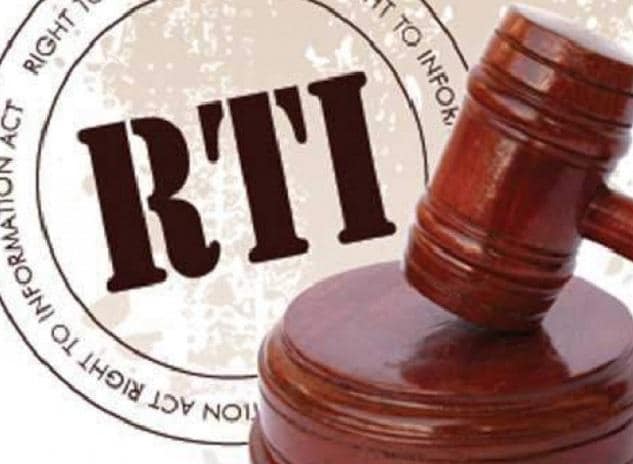 Concerns about the late disposal rates in certain jurisdictions and the opaqueness of their operations are also raised in the study. Anjali Bharadwaj of Satark Nagarik Sangathan stated that there is an urgent need for the transparency watchdogs to operate more efficiently and transparently.

One-fourth of the information commissioner positions are empty, with wait times at information commissions averaging two years owing to the backlog of appeals and complaints. The 17-year journey of RTI in India has been fraught with difficulties, according to Rama Nath Jha, director of Transparency International India. “Commissions are turning into parking lots for retired bureaucrats and the casual attitude by PIO/First Appellate Authority while rejecting RTI applications is a major challenge,” he said.

Additionally, the entire system requires digitization. Of the 29 information commissioners, just 11 offer an electronic filing option for RTI applications or appeals, and only five of those are operational. “Compared to what is possible with the conventional approach, the digital RTI portal (website or mobile app) can offer more efficient and user-friendly services. Prof. Madhu Bhalla, Chair of Transparency International India, pointed out that both the people who call for transparency and the government will gain from this. What caused RTI to be implemented in India?

Governments have been under a range of internal and external pressures to embrace RTI.

The Benefits of RTI

Restrictions on the RTI

Various sorts of information are sought that have no public interest and can occasionally be used to abuse the law and annoy public officials, such as requesting desperate and voluminous information.

The Importance of RTI