Liz Truss the New PM of the UK defeated her Competitor Rishi Sunak. How?

Liz Truss defeated Rishi Sunak in the contest to become the next prime minister of Great Britain. After an internal battle that lasted all summer and was sparked by Boris Johnson’s resignation in July, she outpolled her rival by 81,326 votes to 60,399 votes.

She promised to move on with her ideas to cut taxes and handle the increasing energy issue after winning the leadership competition.

Since the 2015 election, the Conservatives have had four prime ministers, with Truss serving as their fourth. Truss has long been considered the front-runner to succeed Johnson. Since then, the country has seen a series of crises, and it is currently experiencing what is anticipated to be a protracted recession caused by surging inflation, which peaked in July at 10.1%.

Boris Johnson was forced to announce his departure in July after being mired in a scandal for several months. He will fly to Scotland on Tuesday to deliver Queen Elizabeth his letter of resignation. Someone who succeeds him will be faced with creating a government.

Priti Patel has decided to leave her position as UK Home Secretary and has decided not to join newly-elected Prime Minister Liz Truss’ cabinet.

In a letter to outgoing UK Prime Minister Boris Johnson, Ms Patel stated, “It is my choice to continue my public service to the country and the Witham constituency from the backbenches after Liz Truss formally assumes office and a new Home Secretary is nominated.”

Why did Liz Truss defeat Rishi Sunak in the campaign for British Prime Minister? 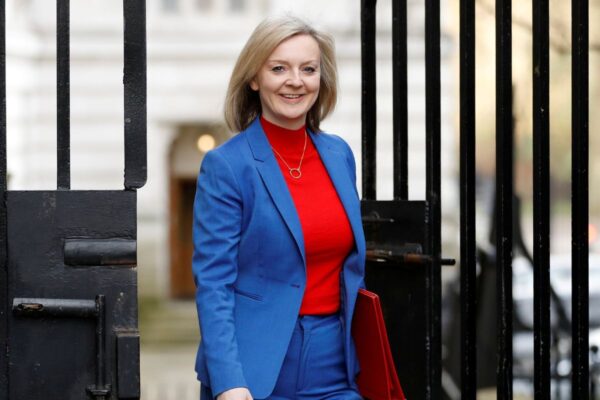 Rishi Sunak, who was previously considered the favourite for the sprint to Downing Street, began to lose his enthusiasm halfway through. Sunak entered the race early and received support from four former chief whips, giving him a significant advantage. However, after a few weeks, he began to fall behind Liz Truss in the UK prime ministerial race.

Over the previous six months, several surveys and polls regularly revealed Truss to be a significantly stronger candidate than Sunak and to be the Tory members’ top pick.

According to a YouGov Conservative membership poll, between July 29 and August 2, Truss had a 69% to 31% advantage over Sunak. And up until August 17th, she continued to receive 66% of the vote versus Sunak’s 34%.

Those who are interested in polling and current events should be aware that on July 12, we discovered Truss leading Sunak by 17 points, but that the difference later shrunk to seven points (17 July). According to a ConservativeHome study, which was published by ANI, “YouGov had Truss ahead of Sunak by 24 points (13 July), with the difference later narrowing to 18 points (20 July) – on an unforced choice in both cases.

Why did Sunak lose the contest for the Prime Minister to Truss?

A few hours after Boris Johnson tendered his resignation, Sunak entered the race with a video promoting himself as “Ready for Rishi.” Although it first gave him the upper hand, the action demonstrated a lack of faith in his boss and mentor.

Additionally, although initially enjoying strong support from his party, he began to lose it, including Sajid Javid, Nadhim Zahawi, and eventually Mordaunt. Several other MPs also changed sides. As the race went on, though, Liz’s movements got stronger.

In addition, despite Sunak’s sudden surge in popularity following Johnson’s departure, his reputation as a traitor was never forgotten.

According to a YouGov poll, 8% mentioned his tax policy and Treasury performance as the cause, 7% cited a lack of trust, and 5% thought he was out of touch.

Sunak battled to overcome the comparison to the person who helped bring down Thatcher but failed in his bid for the top post before coining the famous political adage: “He who wields the knife never wears the crown,” according to an editorial in The Guardian. 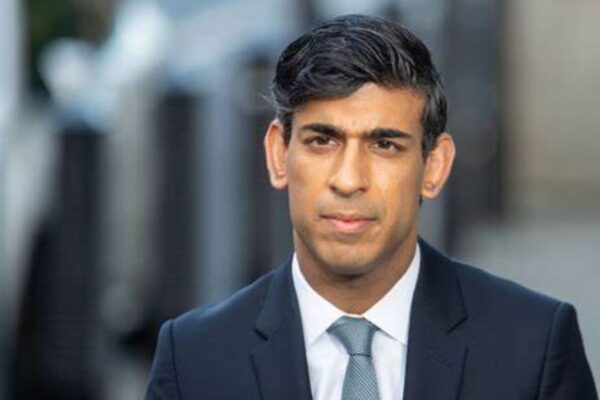 When a video of Rishi Sunak surfaced in which he admitted to taking money from impoverished metropolitan areas, his reputation was forever tarnished. His boasting of using funding from “poor metropolitan regions” to support projects in the commuter belt of Kent aroused uproar since it contradicted the language of the UK government about “levelling up” Britain and distributing riches outside of the southeast.

Things became worse when it was reported that his wife Akshata, according to the Sunday Times Rich List, has assets worth £430 million, making her wealthier than the British Queen Elizabeth II.

Indeed, they were described as Westminster’s first billionaire pair and are likely the wealthiest House of Commons family. As the Labour party urged him to be more open about the loans he used to fuel his enterprises, their financial situation came under examination.

According to The Guardian, Rishi was compelled to provide specifics of how he handled his family’s inheritance, which is estimated to be worth £730 million. His wealth comes from his marriage to Akshata Murthy, who has a 0.93% interest in Infosys worth £690 million.

Additionally, the Independent newspaper asserted that Akshata, who is still an Indian citizen, did not have a UK residence and was not subject to UK taxation. She can avoid paying about £20 million in taxes on dividends from her shares in Infosys thanks to her domicile status.

The news that Sunaks had kept their US Green Cards even after returning to Britain caused more issues. Additionally, critics have utilised lavish homes and clothing to paint him as being disconnected from the general populace.

Where will Rishi Sunak go from here?

Sunak offered Liz Truss his support after he finished last in the race. “It’s right we now come together behind the new PM, Liz Truss, as she leads the country through difficult circumstances,” Sunak posted on Twitter.

The former chancellor declared that he would continue to serve as an MP for Richmond, Yorkshire, calling it “a wonderful honour” to represent the locals. As long as the people of Richmond will have him, he remarked, he would dearly love to continue serving as their representative.

Sunak did not, however, completely rule out the prospect of later seeking the position of Conservative Party leader. “We recently completed this campaign. I would say that I need to heal from this “said he.

The race this time has been inspiring more than it has been about who won or lost, though. The community that is constantly battling for its rights and against prejudice finds hope when it sees someone similar to them in both origin and skin colour.

Lessons from the Shift of the Power of the UK 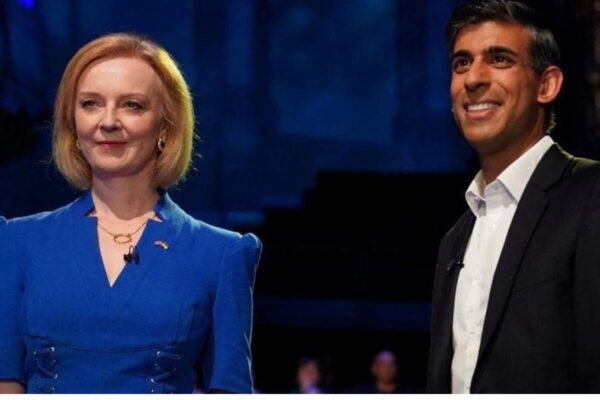 When it is suggested that Britain can teach us anything, Indians frequently recoil. But if we set aside our colonial history, the UK occasionally serves as a model. Consider the steps taken by the country’s ruling Conservative Party to oust Prime Minister Boris Johnson. Johnson is set to publicly retire and hand over the reins to Liz Truss at 10 Downing Street after Truss defeated Rishi Sunak in a party ballot on Monday.

This change in power wasn’t accompanied by enough intrigue to be considered a “palace coup,” nevertheless. It demonstrated how a parliamentary system of government ought to operate in addition to adhering to party norms.

Tory leaders who were chosen by voters to represent their interests in Parliament decided to remove Johnson. Even though anyone was permitted to run for office in the first round of selecting a new leader, the final decision between Truss and Sunak was made by the party’s 180,000 members after elimination voting.

This was the kind of intra-party democracy that is rarely put into reality in India. It served as a reminder of Ambedkar’s justification for opposing a presidential system: a political system where candidates run directly for the highest post has fewer preventative measures.

We would constantly benefit structurally from the live moderative effects of numerous empowered brains with on-the-ground awareness in varied constituencies. This can prevent a concentration of power that might threaten severe departures from the will of the people.

The second session covers how to present financial ideas. Truss entered the UK leadership race with Johnson’s support and her track record as trade and foreign secretary. As a former finance minister who resigned in July in protest of Johnson’s scandalous behaviour, Sunak launched his campaign for Johnson’s successor on the two traditional conservative tenets of economic responsibility and family values.

He claimed that a true economy could not dabble in “fairy tales.” “. However, he was forced to challenge Truss on tax cuts, that tried-and-true mood-booster, as the Tory arguments continued. Even though Sunak acknowledged that fighting Britain’s price rise in the face of double-digit inflation was his main goal, his fiscal approach became distorted into a last-ditch taxing wing.

Despite Truss’s Lafferish call for lower taxes to “turbo-charge “Given how it could keep inflation and interest rates high, the UK economy had a reckless touch, but its clarity seemed to increase her appeal to Tories.

Trade-offs on the fiscal front are still, obviously, too nerdy for an electorate that is easily swayed by populist perks. The ancient adage, “Oversell Generosity and Underplay Costs,” remains true. Even in less educated nations, we cannot assume that the general populace would understand the subtleties of good governance.

The third lesson, which deals with diversity at the top of a nation, is more of a societal instinct, but it is supported by a change in the polling numbers (and winning odds) of the two British contenders after the electorate was significantly expanded for the final election. Sunak, an Indian-born Tory, initially held the position of leader among party members who knew or associated with him primarily for his position as a minister with a demanding responsibility.

Despite the respect they had for him, his prospects were lost among the many people for whom he may have been been a nameless face. This shows that familiarity among coworkers can encourage diversity. Maybe Truss will give Sunak his old job at the exchequer back.

How would the Indian economy and stocks be affected by a US recession?