The PMAY-G benefits the poor by providing all-weather houses. However, it has also created a platform for other schemes such as electricity and gas connections, toilets, water supply, and additional workforce under MGNREGA. Activating India 2.0 is a vision driven by the spirit of Aatmanirbhar Bharat and committed to the people of India. They hold the potential and power to enable Prime Minister Narendra Modi‘s vision of India 2.0.

Upon completing eight years in office, Prime Minister Modi met with the beneficiaries of several welfare schemes. At the Garib Kalyan Sammelan, which was held across the country, the prime minister addressed the public from Shimla in Himachal Pradesh. Nine key departments of the Centre provided feedback, which was helpful to the prime minister to understand the impact and saturation of government programs on the lives of people. 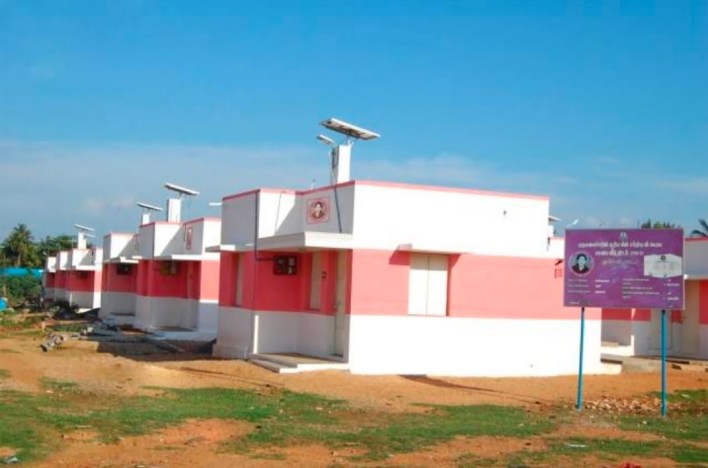 Nine departments are being discussed. The focus is on the Pradhan Mantri Awas Yojana-Gramin (PMAY-G) from those nine departments, which holds importance for the Prime Minister’s vision of “housing for all” by 2022, the year of ‘Azadi Ka Amrit Mahotsav.’ There is a government allocation of Rs 48.000 crores for this purpose (Rs 20,000 crores for PMAY-G). This scheme has done over 1.82 crore houses. The government has sanctioned around 2.41 crore houses under it.

The states should not look at the scheme to build physical infrastructure; instead, they should integrate other government schemes and develop partner-economic development schemes. In addition to utilizing the roof space and a collective powerhouse to generate renewable energy, some other ideas could add value to the project. 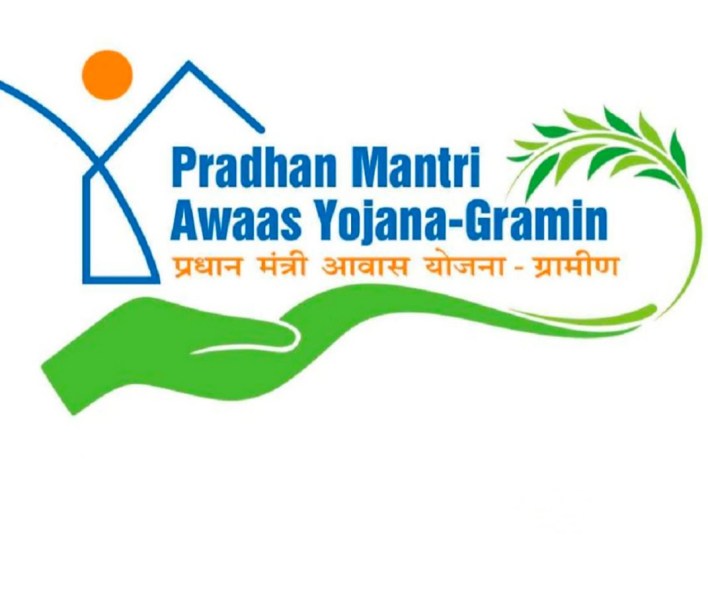 Skills development and vocational training could be provided to target beneficiaries to maximize human potential and ensure livelihood. The organic farming clusters and partnering with digital marketing platforms to optimize income might also develop a federation of beneficiaries for social reform and economic prosperity. We can add new dimensions to PMAY-G by promoting green buildings, incorporating design and technology, and promoting gender equity.

In addition to helping the country meet its carbon emission goal by 2030, these measures will also assist in achieving the Sustainable Development Goals (SDG). These various cover aspects, including eradicating hunger and poverty, providing clean water and sanitation, affordable and reliable energy, improving employment conditions, and enhancing economic growth. 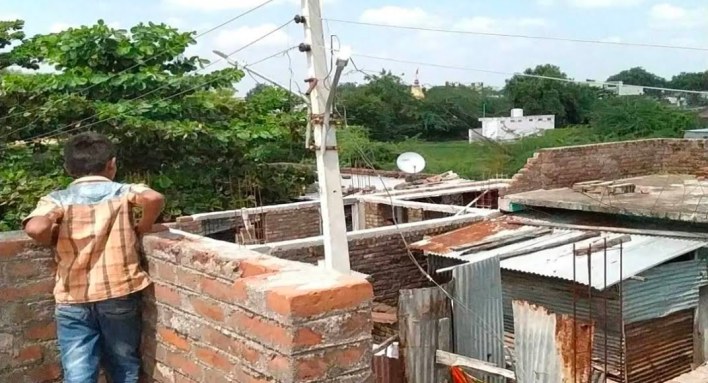 A significant benefit of this ambitious scheme is that it has created an infrastructure that can use to develop and implement additional schemes, which can boost the rural economy and transform the socio-economic circumstances of the beneficiaries. Besides a few successful innovations, the suggestions mentioned earlier are also based on the rural development department’s experience implementing the scheme in Jharkhand.

Due to the inaccessible terrain and dense forests in Jharkhand, implementing the scheme has been challenging. Despite all those challenges, the department has completed 89% of all the houses sanctioned under PMAY-G (11,98,353) against the set goal of 11,99,896. 95.6% of the 4,03,504 houses set under Awaas+ have been sanctioned in the state from last year’s target. The scheme is intended to provide poor people with two-room pucca homes.

However, these 25 square meter houses do so much more in practice. PMAY has been a boon to Mrs. Jansewak Bediain Potanga panchayat of Hazaribag, who was able to get rid of rains, cold, and snake bites. Meanwhile, Mr. Jhabbu Doam of Namudag Panchayat of Palamu in Jharkhand expressed a great sense of accomplishment by the pucca house; Mr. Hari Tana Bhagat of Manhegaon Panchayat of Lohardaga. They all have something in common, don’t they? All of them have brick and cement houses.

The PMAY-G scheme is quietly transforming these areas. Transparency is vital when implementing a scheme of this scale, both for timely completion of the project and for preventing fraud. These instructions monitor progress in the construction within 100 days of sanction. A continuous supply of construction materials is also ensured through MGNREGA vendors. Additionally, a dedicated call center for grievance redress is also established for displaying the Permanent Waiting List (PWL). 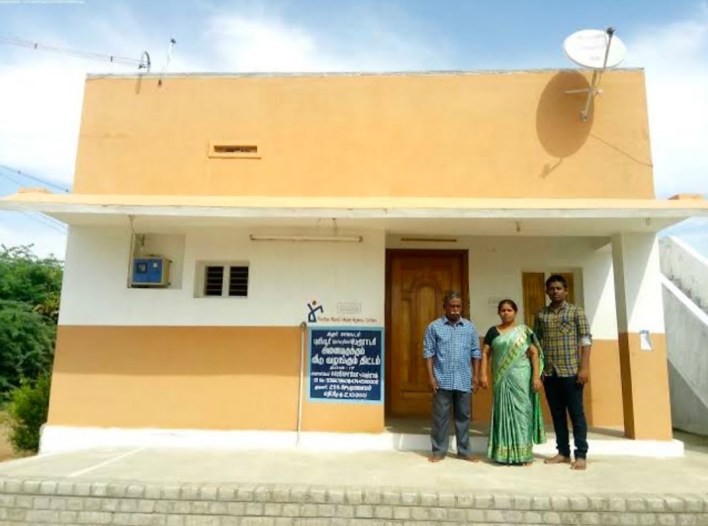 Further, social audits have also been conducted in over 1500 Gram Panchayats (GPs) and will perform the audits in all 4000 Gram Panchayats in the state. GPs and blocks with low performance are being tracked via extensive data analytics. There are no outstanding issues in CP-GRAM Grievances, the ATR for VIP References, or the CAG and NLM reports. The houses are also monitored and completed by Awas Mitras – female volunteers. It has provided all-weather homes to the poor. Still, it has also provided a platform to incorporate other government schemes, including electricity connection, gas connection, water connection, and MGNREGA man-hours.

In addition, the state government provided additional benefits to the new house owners under other schemes, such as the BirsaHarit Gram Yojna, Didi Badi Yojna, and Mukhyamantri Pasudhan Vikas Yojna. Under the new scheme, thousands of people have already benefited, but lakhs more await their dream home. As a result of a significant increase in upcoming budgetary allocations, the people’s hopes will be realized in 2022, when the Center intends to provide ‘housing for all as per PM Modi’s vision. 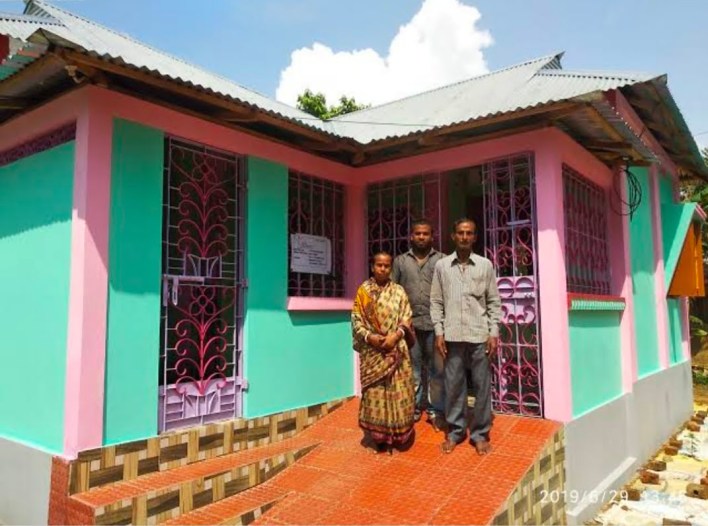 As the policy-makers continue to gain experience with each passing day, their patience is sure to bear additional fruit with the convergence of different schemes and technological interventions on the ground. As of March 12, 2021, Azadi Ka Amrit Mahotsav (AKAM) has officially begun. The countdown started 75 weeks ago and ends on August 15, 2023, or one year after the start date. AKAM will have a game-changing effect and help pull individuals out of poverty and promote inclusive growth, thereby improving the quality of life for the citizens. ‘Azadi Ka Amrit Mahotsav’ is indeed a central pillar of PMAY-G.

Pull up your socks, Inflation Nation! A Threat to Middle-Class Society Cycle