Major automaker Tata Motors posted a net loss of $944.61 billion on Wednesday for the second quarter that ended in September (Q2FY23). In the same period a year ago (Q2FY22) and the June quarter before that (Q1FY23), the company reported net losses of 4,441.57 crore and 5,006.60 crore, respectively.

Analysts predicted that revenue would increase by anywhere from 6% to 12.6% on a quarter-over-quarter basis and that either loss would decrease by almost 87% or profits would increase slightly. It was expected that total income would range between 76,188 and 80,927 crores and that either net losses would decrease to 775.5 crores or net profits would rise to 324 crores.

JLR’s continued emphasis on concluding long-term collaboration agreements with chip vendors is increasing the transparency of the coming chip supply. With positive profit margins and cash flow anticipated in the second half of FY23 and free cash flow expected to be close to breakeven for the fiscal year, production and sales volumes are expected to increase.

“We had a higher financial performance in the second quarter as production of our new Range Rover and Range Rover Sport ramped up, increasing sales, margins, and cash flow, despite persisting semiconductor restrictions,” stated Thierry Bolloré, the CEO of Jaguar Land Rover.

The transparency of the upcoming chip supply is rising due to JLR’s continuous emphasis on signing long-term partnership agreements with chip makers. Production and sales volumes are predicted to increase as positive profit margins and cash flow is expected in the second half of FY23. Free cash flow is expected to be almost breakeven for the fiscal year.

Originally known as Tata Engineering and Locomotive Company, the company was founded in 1945 to manufacture locomotives. As part of a collaboration with Daimler-Benz AG that lasted until 1969, the company built its first commercial vehicle in 1954. When Tata Motors unveiled the TataMobile in 1988 and the Tata Sierra in 1991, it became the first Indian automaker to master the capacity to produce a competitive domestic vehicle. The Indica, the first entirely indigenous Indian passenger car, was released by Tata in 1998.

Tata Motors has automobile manufacturing facilities at Jamshedpur, Pantnagar, Lucknow, Sanand, Dharwad, and Pune, in addition to those in Argentina, South Africa, the United Kingdom, and Thailand. It has facilities in South Korea, the UK, Spain, Jamshedpur, Lucknow, and Pune in India for research and development. Tata Motors is traded on the BSE (Bombay Stock Exchange), which is a component of the BSE SENSEX index, the NSE, and the New York Stock Exchange. The company is ranked 265th on the 2019 Fortune Global 500 list of the largest corporations in the world.

Natarajan Chandrasekaran was named chairman of the Tata Group on January 17. In FY2019, Tata Motors saw a gain in UV market share to over 8%. 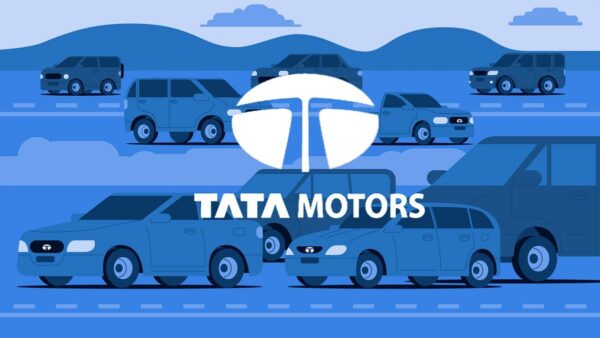 Tata Motors started by making locomotives in 1945. To enter the commercial vehicle industry, the Tata Group established a joint venture with the German carmaker Daimler-Benz in 1954. After dominating the Indian commercial vehicle market for years, Tata Motors entered the passenger automobile market in 1991 by introducing the Tata Sierra, a sport utility vehicle built on the Tata Mobile platform.

Later, Tata unveiled the Tata Safari, the Tata Sumo, a 5-door SUV, and the Tata Estate, a station waggon based on the older Tata Mobile. Tata unveiled the Indica in 1998, an Indian passenger car with Italian design firm I.D.E.A. but tailored to the needs of the Indian market. Despite initial criticism, its potent engine, outstanding fuel efficiency, and relentless marketing made it one of the best-selling cars in the history of the Indian automobile industry. The Indica V2 was an improved vehicle version that replaced the last model and soon gained popularity. Additionally, Tata Motors successfully exported many automobiles to South Africa.

In order to build fully assembled buses and coaches, Tata and Brazil-based Marcopolo formed a joint venture in 2006 known as Tata Marcopolo Bus.

In April 2022, Tata AVINYA Concept: A NEW PARADIGM OF INNOVATION;

Its Lucknow factory received the Rajiv Gandhi National Quality Award for “Best of All” in 2009.

In 2010, Tata Motors paid €1.85 million to acquire 80% of the Italian design and engineering company Trilix. The acquisition included the company’s strategy to improve its aesthetic and design expertise.

In 2012, Tata Motors announced that, with an estimated $6 billion investment, it would collaborate with DRDO to create cutting-edge infantry combat vehicles.

The world’s first car to run on compressed air, the “Mini CAT,” was to be sold, Tata Motors said in 2013. The French manufacturer MDI designed the engines for the Mini CAT.

The first truck racing competition in India, the “T1 Prima Truck Racing Championship,” was launched by Tata Motors in 2014.

The managing director, Karl Slym, was discovered deceased on January 26, 2014. He plummeted from the 22nd story to the fourth level of the Shangri-La Hotel in Bangkok, where he was supposed to attend a meeting of Tata Motors Thailand.

Volkswagen and Tata Motors inked a memorandum of understanding to create automobiles for India’s home market on March 8.

To maximize the potential of its aerospace and defence businesses, Tata Motors stated on May 3 that it had sold them to Tata Advanced Systems, another Tata Group Entity.

To provide a B.Tech degree programme to workers at its Sanand factory, Tata Motors and Nirma University in Ahmedabad announced their collaboration on April 29, 2019.

On March 24, 2020, Tata Motors Ltd. declared that it would divide its passenger vehicle division into a new business unit.

Tata Motors’ shareholders agreed to spin off its passenger vehicle division into a different company on March 5, 2021.

The business intended to commend the efforts by giving an Altroz hatchback in August 2021 to Indian Olympians who came in fourth place but fell short of the bronze medal at the Tokyo Olympics 2021.

On August 23, 2021, Tata Motors said it would introduce its small SUV Punch during the current holiday season. Tata Motors shares: What should investors do post Q2 results?

Even though Tata Motors’ net loss for the second quarter decreased to 945 crore from 4,441.5 crore a year earlier and sales increased across the domestic and commercial vehicle sector, the automaker’s shares fell more than 5% to 409 per share on the BSE in Thursday’s opening deals.

JLR announced second-quarter earnings of 5.3 billion pounds, up 36% from last year’s period. From July to September, its wholesale volumes (excluding the China JV) totalled 75,307 units, an increase of 17.6% from the same time last year.

“Management reported a slight ramp-up in JLR’s H2FY23 volume compared to H1. JLR had earlier given FCF-positive guidance, but it now aims to be FCF-neutral in FY23. India and JLR are benefiting from the product cycle and cyclical recovery. According to Edelweiss, which has maintained a “Buy” rating on Tata Motors shares with a target price of $50 a share, this should help balance sheet improvement.

“Operationally, Tata Motors’ Q2 results aligned with our projections. JLR’s performance improved, driven by ASPs and gross margins that were stronger than anticipated. The most encouraging aspect of JLR’s results is that its EBIT margins have improved, and management has given positive EBIT guidance for FY23; as a result, expect 3QFY23 wholesales to be slightly better than 2QFY23, close to FCF break even, and gradual volume ramp-up ahead “According to Yes Securities analysts, the auto stock still has a Buy rating and a target price of $534 per share.

We expect that improved chip supplies, normalized stocks, a higher mix of RR+RR Sport, and higher product capitalization rates in the future will drive JLR EBITDA. Meanwhile, we expect the domestic CV industry to see cyclical growth, and the PV market will continue to experience volume growth. It will be challenging to become net debt free by FY24E because JLR will likely report no FCF in FY23E. We now expect TTMT to turn net debt free not before FY25E,” another brokerage Ambit while reiterating BUY with a SOTP-based target price of ₹488.