Due to Elon Musk’s $44 billion acquisition, Twitter Inc. fired over half of its personnel on Friday. Twitter Inc. is now begging with the hundreds of employees who were let go to return. Two people acquainted with the adjustments claim that some of the employees who have been welcomed back were inadvertently let go. The employees, who wished to remain anonymous to discuss sensitive issues, claimed that others were fired before management recognised the worth of their labour and experience in creating the brand-new features Musk conjures up. 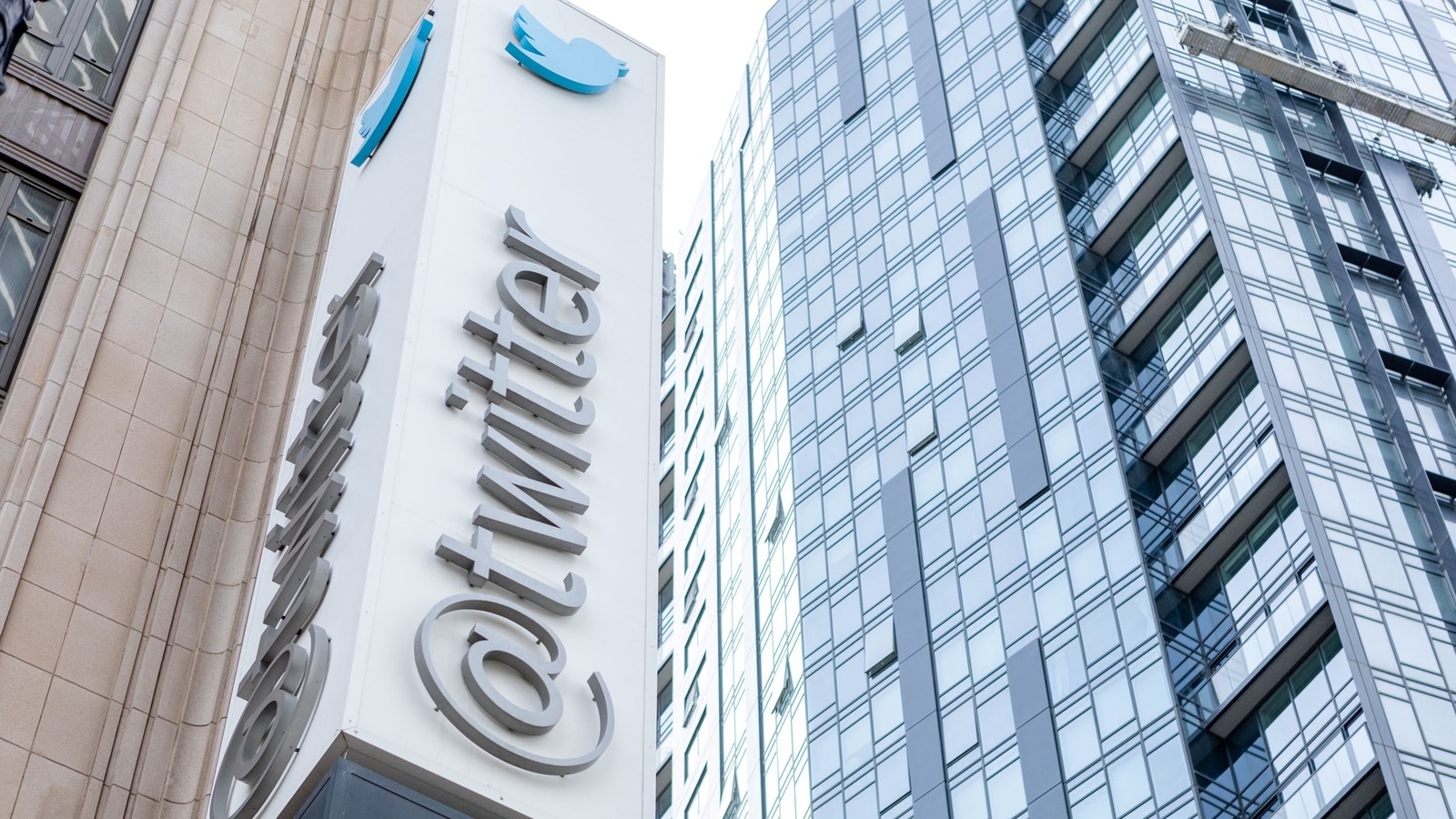 In an effort to cut costs after Musk’s acquisition, which was finalized in late October, Twitter dismissed close to 3,700 employees this week through email. The unexpected suspension of access to company-wide technologies like email and Slack caused many employees to find they had lost their jobs. The demands for staff to come back are evidence of how hurried and disorganized the procedure was.

Requests for a response from a Twitter representative went unanswered. Platformer first revealed Twitter’s intention to rehire staff. Musk tweeted on Friday, “Regarding Twitter’s decrease in force, regrettably there is no option when the firm is losing over $4M/day.” Individuals with knowledge of the situation estimate that there are still about 3,700 people working at Twitter. Musk is pressuring those who are still working at the firm to release new features rapidly; in some cases, workers have even spent the night at work to fulfill deadlines.

Twitter launched its new Twitter Blue membership service over the weekend, delivering a verification checkmark to any user who pays $8 per month. The business said that more features, such as half the advertisements, the option to publish longer videos, and priority ranking in answers, mentions, and searches, will soon be available.

After users and staff expressed worries that the proposal may be exploited to create strife, Twitter said on Sunday that it will postpone modifications to the check marks until after Tuesday’s midterm elections, according to the New York Times.

Twitter’s revenue has dropped significantly, according to Elon Musk, as advertisers hold off on investing.

Without providing data, the company’s new owner, Elon Musk, said on Friday that Twitter had suffered a “substantial loss in income” as a result of advertisers’ suspension of spending on the social media platform. In a tweet, the CEO of Tesla, SpaceX, and Twitter blamed “activist organizations pressuring advertisers,” adding that his company had done “everything we could to appease the activists” and that Twitter had not changed its approach to content management. Musk didn’t go into detail about how much money the company lost as a result of the withdrawal or how he was able to attribute that loss to pressure from protest groups. In an interview Friday at the Baron Investment Conference, Musk maintained his positions. At the event, Musk claimed, “We’ve made absolutely no changes to our operations. And despite our best efforts, nothing has been able to calm them down. So, this is a really serious issue. And in my opinion, this violates the First Amendment. Since he took charge on October 28, Twitter has sacked or laid off around 50% of its staff.

Several businesses recently announced that they would temporarily halt their Twitter advertising expenditures in order to see how things would evolve after Musk became the company’s owner. Among the businesses that have stopped investing on Twitter are rivals General Motors and Audi as well as the food giant General Mills.

According to a corporate spokesman on Friday, United Airlines ceased airing advertisements on Twitter earlier this week. The airline keeps updating its website with new content. The announcement of the suspension of Twitter advertising appeared to be made by the first American passenger airline. The official claimed that several airlines separately provided customer service on Twitter, and United is continuing to do so. She declined to provide any details regarding the decision.

Although it’s unknown how many clients are following the advice of IPG agencies, the advertising behemoth recommended customers to momentarily suspend their Twitter media plans. Communications acquired by The Verge reveal that on Thursday night, Twitter alerted staff members that it would start making cuts.

In response to the layoffs, Musk tweeted on Friday: “Regarding Twitter’s reduction in force, regrettably, there is no option when the firm is losing over $4M/day. Everyone who was let go received a 3-month severance package, which is 50% more than what was legally necessary, it has also been uncovered that significant layoffs have been made to Twitter’s worldwide marketing staff, which is responsible for monitoring and reporting on, among other things, spam, sales, and ad performance.

Musk, who now refers to himself as “Chief Twit,” met with a group of executives from civil society organisations earlier this week to discuss worries about hate speech and erroneous election-related information on the platform. Hate speech has increased on Twitter since Musk became CEO as trolls and racists have plundered the social media network. A false and anti-LGBTQ conspiracy theory regarding the house invasion and assault of Paul Pelosi, the husband of House Speaker Nancy Pelosi, was also tweeted by Musk before it was deleted.

In an open letter to prominent Twitter advertisers, several of the groups that participated in the hour-long Zoom call on Tuesday have now joined forces to demand that they halt their ad spending if Musk does not uphold the company’s safety standards and community norms. Despite Musk’s assertions of a recent income dip, MediaRadar, an ad analytics tool, found that Twitter’s ad spending had been declining before his acquisition of the firm was complete and before civil society organisations started pressing companies.

Data from MediaRadar shows that Twitter advertisers climbed in April and May, around the time when Musk’s proposal to take Twitter private was disclosed, before it started to fall. However, the platform’s average number of advertisers decreased from 3,900 in May to 2,300 in August. In September, there were 2,900 advertisements. 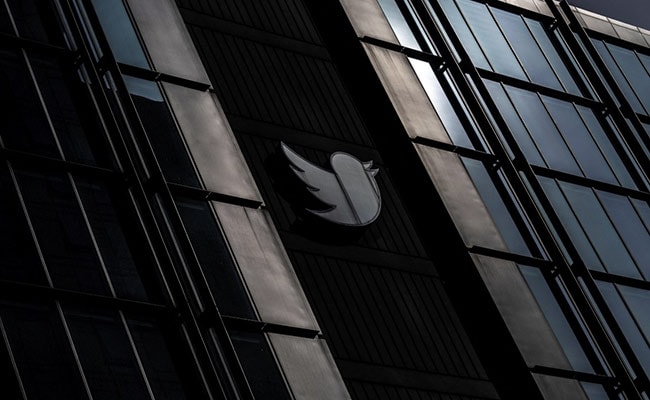 Elon Musk, the company’s new CEO, previously fired the entire human rights team at Twitter. Volker Turk, the UN High Commissioner for Human Rights, has now appealed to Musk in an open letter to make sure that Twitter administration keeps human rights a top priority.  Like any other business, Twitter must acknowledge the drawbacks of its platform and take steps to lessen them. Turk said that respect for our common human rights should serve as the foundation for the guidelines governing how the platform should be utilized and developed.

Twitter is a part of a worldwide movement that has revolutionized communication, but the UN High Commissioner for Human Rights stated that he was writing about the digital public square and its role in it “with alarm and fear.” In conclusion, I urge you to ensure that human rights are fundamental to the management of Twitter under your direction, Turk said in a letter.

Turk asked Twitter in a letter to zealously defend its users’ constitutional rights to free expression and privacy and to report on any government requests that would violate those rights. He went on to say that hatred that incites discrimination, violence, or intolerance has no place on Twitter. Real-world suffering results from the viral spread of erroneous information, like as the vaccine myth during the Covid-19 pandemic. Turk said that Twitter has a duty not to support any activity that violates the rights of others. He continued by saying that keeping Twitter’s open application programming interfaces (APIs) available is crucial for study into how social media impacts society. On November 4, Elon Musk began firing Twitter staff. According to an unsigned internal memo acquired by The Verge, a message notifying Twitter employees that layoffs would soon begin was sent by email. Musk is expected to fire approximately half of Twitter’s 7,500 employees. After Musk bought Twitter, there was a week before the mass layoff began.