The Dow fell as the U.S. economy grew much faster than initially expected in the third quarter, a sign that the Federal Reserve’s fight to cool the economy in its fight against inflation has limited impact. GDP, the biggest measure of the economy of the US, grew between July and September at an annual rate of 3.2%. This was above last month’s estimate of 2.9%. The report said the better-than-expected results were due to increases in exports and consumer spending, which were partially offset by a decline in spending on new housing.

U.S. stocks fell on Thursday on concerns that stronger-than-expected GDP could prompt the Fed to continue raising rates more than expected in 2023. Stocks ended the day at lows. “The reality of the Federal Reserve‘s commitment is sinking in,” said David Kotok, chairman and chief investment officer of Cumberland Advisors, referring to efforts to get the economy and budget back on track to 2% inflation. Year-end trading could help the market’s big drop on Thursday.

The impact of the COVID-19 pandemic on the economy of the US has been highly disruptive, adversely affecting travel, financial markets, employment, shipping, and other industries. The impacts can be attributed not only to government interventions to contain the virus (including at the federal and state levels) but also to consumer and business behaviors. Real GDP contracted by 3.5% in 2020, the first decline since the financial crisis of 2008. Millions of workers were thrown out of their jobs, economy fell, leading to several weeks of record jobless claims. Consumer and retail activity decreased and many businesses and economy (especially restaurants) closed. Many businesses and offices have switched to remote work to prevent the spread of COVID-19 in the office.

Congress has passed several pieces of legislation, such as the American Rescue Plan Act of 2021, to provide stimulus to mitigate the impact of job closings and lost incomes. The Federal Reserve lowered the target federal funds rate to near zero and introduced several liquidity vehicles to keep financial markets functioning and provide stimulus. In late 2021, inflation began to rise to levels not seen since the 1980s. According to the NBER, the recovery of economy from the recession started relatively quickly, with the recession lasting only one quarter. As of 2022, the unemployment rate has reached pre-pandemic levels – however, in many key aspects and sectors, the US economy has not fully recovered from the COVID-19 pandemic.

Post-pandemic, the United States has seen a growing digital divide, even though non-digital businesses are more dynamic than in the European Union. In the United States, 48% of businesses that were not digital before the pandemic has started investing in digital technologies. 64% of firms that previously implemented advanced digital technologies also increased their investments in digitalization. 20% of jobs in the US were found in companies that had not digitally transformed.

According to a recent survey, these firms are called “sleepwalking firms” and are also more likely to pay lower wages and generate lower employment. In the United States, food insecurity grew significantly in 2020. Before COVID-19, food insecurity was still prevalent, affecting 37 million people in the U.S.

Because food insecurity and poor nutrition are “linked to long lasting health issues that put the individuals at higher risk of more serious complications from COVID-19, the food access crisis has worsened already glaring closing disparities in health outcomes among vulnerable people, including low-income people, children, older adults, and [undocumented immigrants living in the United States].” 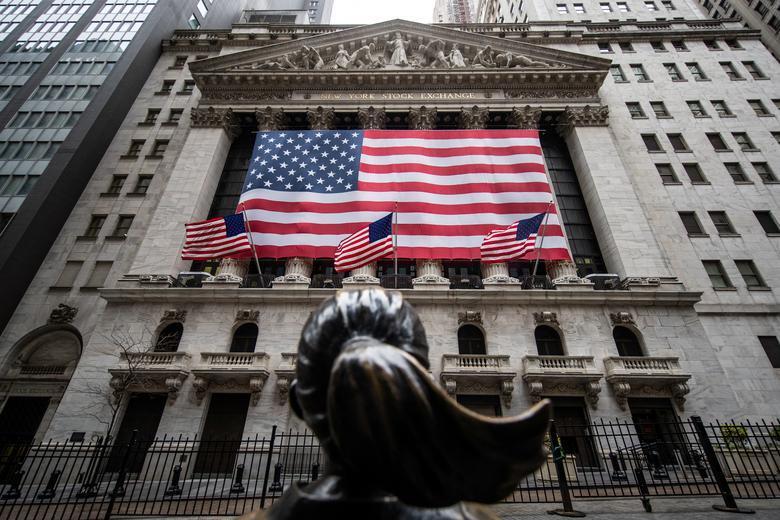 The ability to eat healthy and nutritious food depends on individual circumstances and environments. Many people live in communities designated as food deserts, where access to grocery stores within walking distance is limited and unhealthy, and cheaper food options are more readily available. The USDA, in 2017 found that food insecurity is linked to the 10 costliest and most deadly preventable diseases in the country, including hypertension, diabetes, cancer, and stroke.

Effects Of the Pandemic On the US Economy

COVID-19 has left many individuals in the US at risk in terms of nutrition and overall health. Feeding America reports that the estimated number of food-insecure children could jump from 11 million to an estimated 18 million. Additionally, many children in the US rely on free meals for nutrition. Although food banks and pantries have strengthened services, a temporary interruption may have consequences.

The elderly is also particularly vulnerable to the devastating effects of COVID-19, leading many to avoid unnecessary visits to food and health facilities. Even before COVID-19, 1 in 4 suffered from food insecurity.  Individuals living in the US illegally are not eligible for SNAP, Medicaid, or checks. Food pantries have seen record numbers of clients, with many across the country now serving 55 percent more people than before COVID-19.

It has further demonstrated the need for additional funding to address the most contributing factors to health – the social determinants of health. Stock index futures fell sharply during Trump’s speech on March 11, and the Dow Jones plunged 10% the following day — its biggest daily drop since Black Monday in 1987 — despite the Federal Reserve also announcing that money markets would inject 1 .5 trillion dollars. Until March 18, investors also shunned assets considered safe havens during economic crises, such as government bonds and gold, moving into cash positions. The Dow Jones was below the level by March 20 it reached when President Trump was inaugurated on January 20, 2017, and had fallen 35% from its February high. Markets recovered between March 23 and 26, with the Dow posting its best three-day gain. In February 2020, US companies Apple Inc. and Microsoft cut revenue expectations due to supply chain disruptions in China caused by the virus.

In a Feb. 27 note to clients, Goldman Sachs said it expects no growth in U.S. corporate earnings in 2020 due to the virus, at a time when the Wall Street consensus forecast expected “earnings to rise 7%. In a March 2020 SEC filing, AT&T canceled all share repurchase plans, including a $4 billion share repurchase plan during the second quarter. The reason for the cancellation was for AT&T to invest money in its networks and in taking care of its employees during the pandemic. Responding to the economic damage, economist have insisted for financial support from the government for individual Americans and banks and businesses. Others objected to government intervention because it would change the role of the Federal Reserve and enshrine moral hazard as a defining market principle. In the latest data, inflation has cooled down. Initial claims of the week’s totals float about pre-pandemic heights. Weekly claims averaged 218,000, in 2019. From the previous week, the continued claims were reviewed to 1.678 million.

Meanwhile, mortgage rates fell again last week — the sixth week in a row — with the average 30-year fixed-rate mortgage falling to 6.27% from 6.31% last week. At this time, A year ago, a 30-year fixed rate mortgage was 3.05%. The final report of gross domestic product is a record level of the retroactive figure released by the government, looking at the state of the economy nearly three months ago. Economists’ current forecast is for growth in the current period to be just 2.4%, which is significantly slower than on Thursday.