On July 23, five petitions on eviction of jhuggies or a large settlement of informal workers were heard. These jhuggis are near the Aravalli range on the Delhi Haryana border. Supreme Court ordered the eviction of the informal worker settlement in the middle of the pandemic in 2020. After which, four petitions rose to challenge the order. Because of this order, more than one lakh people have been pushed into destitution, suffering and poverty because most of them have lost their only home on this planet.

Also, the Supreme Court‘s timing for the verdict was very insensitive because, during the pandemic, no one would have supported the evicted informal workers. We know the condition of informal workers in our country; they have no insurance, registration or job security. During the pandemic, no work pushed khori gaon workers towards poverty and deprivation because most of them depend on daily wages to feed themselves. 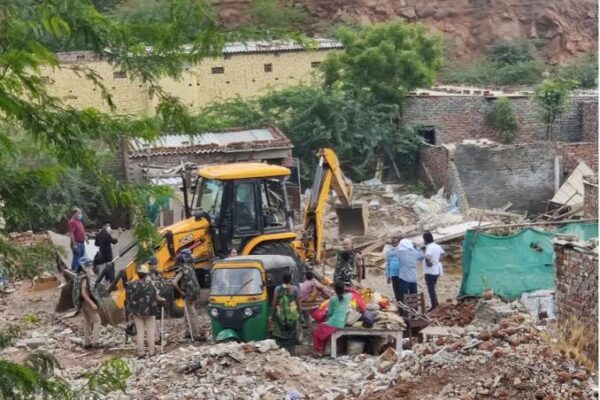 In such a situation, with the looming threat of death due to Coronavirus, people of khori gaon were forced to look for homes. Many doctors avoided touching patients fearing infection from coronavirus. I doubt if khori gaon residents found rental homes. The main focus of all arms of Indian democracy should have been providing optimum healthcare and security during the pandemic in 2020. Orders like these add fuel to the fire.

Also, this particular verdict extended to all unauthorised facilities of Haryana. This verdict pulls India back towards green imperialism, where the rule of law is misused. Well maintained forest land around the country is given for private construction of dams, mines and real estate projects for profit. In contrast, informal workers like people of khori gaon are evicted from public lands in the name of restoring forest land and ecology. These types of verdicts are clear examples of coercive environmentalism.

Coercive environmentalism uses a top-down approach where new environment norms are enforced to hit targets. It uses mass campaigns, mandatory targets, evicting helpless people, factory closures, forced relocations, et cetera. India has policies like the Forest Rights Act, which helps restore the dignity and place-based rights of the Adivasi population and forest workers. Ecologist and social activist have tried their best to soften the harsh policies used to conserve forests and the environment.

Relocating people from tiger reserves in protected areas use measures like voluntary rehabilitation instead of forced addictions. Yet approaches for conservation depict inhumanly and forced approaches like mandatory eviction like in Khori Gaon. 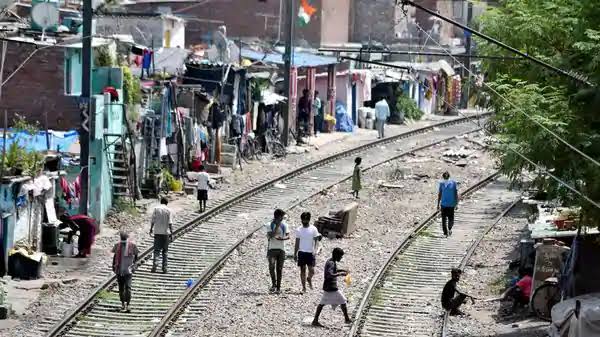 Municipal Corporation of Faridabad used the colonial Punjab Land Presentation Act of 1900 to violently and forcibly erase a settlement of informal workers in the name of restoring forest cover. The judiciary and the state are hoping to create a clean slate. This is environmental coercion.

Are there any precedents to khori gaon verdict?

The municipal corporation of Faridabad has cleared 150 acres of urban land by forcibly evicting the poor population. The corporation uses forest encroachment and restoration of forest land and ecology to evict dense habitats of cheap homes. Residents of Bastis like khori gaon, and others have tried to reason with the officials by showing them documentation that clearly states they purchased small plots of the public land.

But the officials paid no heed to their request and forcibly threw them out of their only homes. The government also did not bother to check documents and trace who sold public land to illiterate and less educated informal workers. If these documents would have been traced, the officials could have found scamsters and frauds, opening another set of issues.

If the documents were traced, they would point towards politicians and bureaucrats, which would harm the political motives of the ruling party. It is because of this reason that bastis like khori gaon was dismantled in a hurry. To avoid political inconvenience, the documentation was neither accepted nor traced. 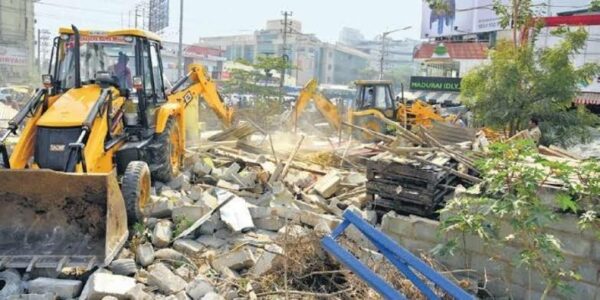 One or two people can lie about purchasing plots of the public land, but 10,000 families with government documents mean there is something more than meets the eye. Only if the officials, government and the judiciary was sensitive enough to listen to their pleas and trace documents situation would be different now.

Despite plight, pandemic and injustice prevailing around people sleep peacefully at night knowing that the state is there to protect them. If the state fails to protect them, people know that they can approach the judicial authorities to demand their rights and justice. But if top judicial offices like the Supreme Court do not look after the poor and the informal working sector, it’s a shame and pity.

Apart from residents of places like khori gaon, environment activists and housing rights activists are shocked by the orders of the highest court. The verdict of the Supreme Court has been used to unleash violence and increase the plight of the poor. The judgment of the Supreme Court has also been used to avoid political loss. Informal workers, landless labourers and daily wage workers living in bastis like khori gaon have their world of misery to deal with.

The pandemic of 2020 rendered them jobless with no food. These people usually depend on daily wages to buy food and ration on a daily basis. On top of it, the Supreme Court’s verdict rendered them homeless. To forcibly evict people who refused to empty their homes, the Municipal Corporation of Faridabad shut the supply of electricity and water tankers in the middle of summer.

The fundamental rights mentioned in our Constitution under article 21 guarantee that the supply of essential services cannot be cut off. Right to water and electricity supply comes under right to life. Those who protested against forceful evictions were beaten and arrested. The demolition started when it was monsoon in India. The people are now homeless, sick and have no shelter during rain and storms.

What is the Supreme Court doing? Why has it turned a blind eye to the plight of the poor?

The Supreme Court says that places like khori gaon and other settlements made on public land are forest violations. The court and the state have to understand that it is the duty of the state to provide affordable housing to its citizens. Apart from this, the poor are forced to encroach forest land because the state won’t provide them with homes and legal homes are too costly to afford. The state governments are ready to listen to them when it is election time because they need the votes but won’t spend a dime on providing affordable, clean, sanitised and healthy housing.

India has a long way to go when it comes to providing affordable housing, employment and skills. This verdict of the Supreme Court applies equally to every encroachment on public and privately owned land. Forest land under PLPA includes 25% of land in Haryana in urban as well as rural areas. The Supreme Court believes that every encroacher is equal, but the fact is, they are not.

They differ when it comes to employment opportunities, welfare opportunities, location, nature of the violation, standard of living, income level, class et cetera. Originally kori gaon was a quarry land that was mined until it ran out of resources. Supreme Court banned mining in 2002. The individuals and families living in khori gaon converted this polluted land into a liveable habitat by individual and community labour. Scholarly research by Ishita Chatterjee confirms this.

Supreme Court, while issuing the order of eviction, must have scrutinised the timing of that order and its impact. The Supreme Court must allot a place where these evicted workers could have been resettled.

28 companies have completed IPOs in the last 7 months, and a lot more are standing in line. Why are we witnessing this IPO rush?