With highly volatile financial markets causing erratic fluctuations in the wealth amounts of the world’s richest people, the list of the top billionaires has evolved like a game of musical chairs.

Due to this year’s high market and personal wealth volatility, the top five billionaires list at the end of 2022 had a ranking change, an unexpected exit, and an even more unexpected arrival. In that order, Elon Musk, Jeff Bezos, Bernard Arnault, Bill Gates, and Larry Page were the Bloomberg Billionaires Index’s top five wealthiest people a year ago.

Over time, a lot has changed.

This year’s surprise entry into the exclusive club of the top five richest people on the Bloomberg Billionaires Index was made by Gautam Adani, the chairman and founder of the Adani Group. He succeeds Larry Page, the co-founder of Google, who had his net worth plummet by $45.8 billion as the value of IT stocks plummeted this year, dropping him from fourth to tenth place on the Bloomberg Billionaires Index.

India’s richest man, Gautam Adani, added nearly $42 billion and climbed 11 ranks on the Bloomberg Billionaires Index, while four of the top five billionaires in 2022 lost a combined $262 billion in net worth.

The top five billionaires and their actions as of 2022 are listed below. 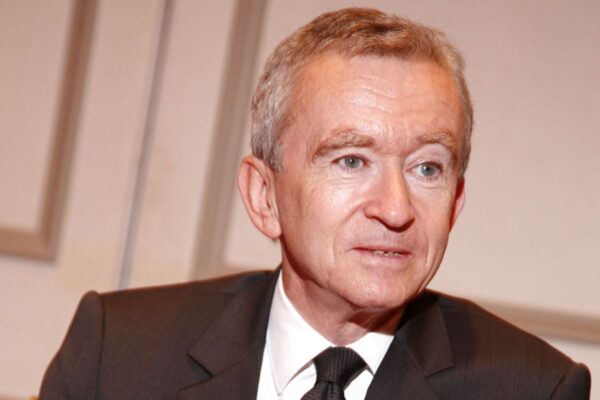 As of December 23, Bernard Arnault, a French businessman and the chairman of the most fantastic luxury goods company in the world, LVMH Moet Hennessy Louis Vuitton, was the richest person on the planet. According to the Bloomberg Billionaires Index, his wealth has decreased by $10 billion over the past year to stand at $161 billion.

After purchasing the textile and retail conglomerate Boussac in 1984, Arnault began his relationship with luxury goods companies. Boussac owned Christian Dior, a store that delivered accessories, clothing, and fragrances for ladies. Unsurprisingly, Arnault’s mother was enamoured of Dior, affecting his decision to buy the company.

In 1987, he founded LVMH, launching a group of high-end companies that would grow to 75 by 2022. Among these brands are Tiffany, Christian Dior, Fendi, Bulgari, Sephora, and TAG Heuer, to mention a few.

Together, these brands helped Arnault to reach a net worth of $100 billion for the first time in December 2019 and to top the list of the richest people in December 2022. 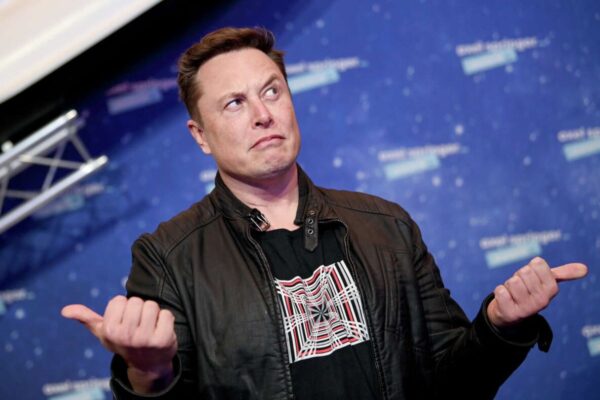 The second-richest person in the world is Elon Musk, the South African-born creator of SpaceX and the electric vehicle manufacturer Tesla. After losing $134 billion in the last year, his wealth has now decreased to $140 billion.

With a $28,000 investment, Musk launched Zip2, an online city tour service, as his first experience. Compaq ultimately paid $307 million to purchase the business, and Musk received $22 million in payment for his stake.

Since then, Musk has had a hand in the founding or leadership of other businesses, including X.com, PayPal, SpaceX, Tesla, and Starlink, among others. Musk’s biggest accomplishment among these is Tesla, which made its public market debut in 2010 and raised $226 million. Tesla had a market value of $393 billion as of December 22.

While Musk has often been the subject of controversy, especially about his micromanagement of Tesla, he has made headlines this year due to the controversy surrounding the acquisition of Twitter and the managing of the social media giant that followed.

In December, Musk asked Twitter followers if they thought he should stand down as the company’s CEO. 17.5 million people voted in this survey, with 57.5% of them calling on Musk to resign. Now that he has found a successor, he has declared his intention to retire. 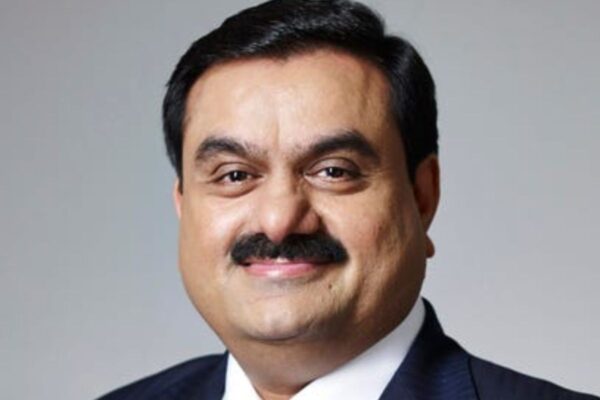 Gautam Adani, a native of Gujarat who has added more than $42 billion in the past year, is now the third-richest person in the world with a net worth of $120 billion. It’s interesting to note that Adani is the only billionaire on this list who has increased his wealth. His gain in 2022 is the largest by a notable margin, with US options trader Jeff Yass coming in second with a gain of $29 billion.

The seven listed Adani group companies have contributed 8.55 lakh crore to their market capitalization this year, which has greatly fueled Gautam Adani’s meteoric rise ( on December 19).

According to Bloomberg, Adani is “Asia’s busiest dealmaker” and has interests in ports and energy. He has been named the most influential person in trade worldwide according to the sixth edition of the “Bloomberg 50” ranking.

Gautam Adani has already made appointments in the media, energy, ports, and construction industries in 2022.

To take advantage of the effects of the Russia-Ukraine war, which sent the price of edible oils rising and increased the business’s revenue, Adani listed its FMCG company, Adani Wilmar, on the bourses in February.

Later, in a $1.18 billion agreement, he successfully prevailed in a bid to privatise Israel’s Haifa port. Additionally, he revealed that Holcim would be purchasing the two largest cement companies, ACC and Ambuja Cements, for $10.5 billion.

In addition, Adani unveiled a $70 billion energy plan that would involve the construction of three gigafactories by 2030. Additionally, he promised to donate 60,000 crores to humanitarian initiatives, earning plaudits from Azim Premji, a well-known philanthropist and the country’s IT czar. 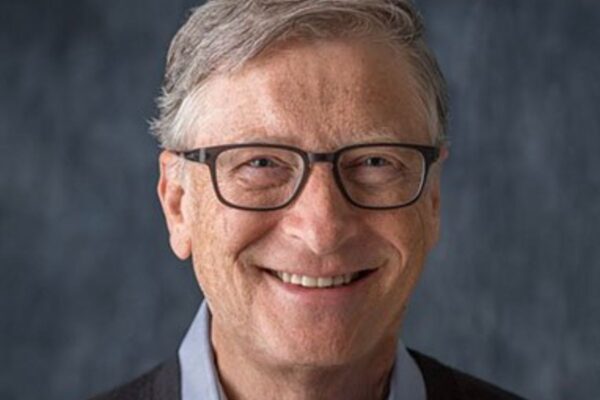 With a net worth of $109 billion, down $28 billion in the past year, Bill Gates, the American business tycoon, well-known philanthropist, and co-founder of Microsoft is the fourth richest person in the world.

Bill Gates and his childhood friend Paul Allen, both of Seattle, Washington, co-founded Microsoft in 1975. Throughout his career, he held a variety of positions at the corporation, including the chairman, CEO, president, and chief software architect. He was a pivotal entrepreneur during the 1970s personal computer revolution.

Microsoft developed from a start-up to a preeminent software provider under his direction. The company’s first important achievement was its relationship with IBM in 1980, followed by the opening of Windows in 1985, which would go on to become one of the most popular operating systems in the whole globe.

However, Gates and Microsoft faced criticism for their anti-competitive strategies, known as the “embrace, extend, and extinguish” policy, in the 1990s. Microsoft’s anti-competitive practices resulted in many lawsuits and fines in different jurisdictions.

Gates eventually made the switch to a full-time position at the Bill and Melinda Gates Foundation in 2008 to focus on the foundation’s philanthropic initiatives, including those related to healthcare, education, and climate change. 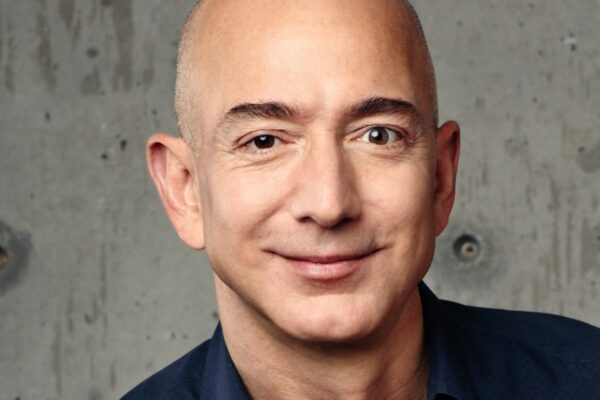 After losing $90 billion in the last year, Jeff Bezos’ net worth has dropped to $107 billion, making him the fifth richest person in the world. Bezos, who was raised in Albuquerque, New Mexico, is an electrical engineer and computer scientist.

Bezos started his career in the financial services industry as a product manager at Bankers Trust before moving on to work at the fintech telecom company Fitel. The structure of Amazon in 1994, following a drive from New York City to Seattle, would, however, change his fortunes. What began as an online book retailer will grow to become one of the biggest cloud services and e-commerce enterprises in the world.

However, Bezos’ path to Amazon was not without bumps; in 2000, he had to borrow $2 billion from banks as Amazon’s cash holdings had dropped to barely $350 million. After launching Amazon Web Services in 2002, the business almost went out of business due to stagnant revenue. But a year later, it announced a $400 million profit, dramatically changing its situation.

Also established by Bezos in 2000 was Blue Origin, a spaceflight firm. To launch its first test flight, the business would need to wait about further 15 years.

Bezos bought The Washington Post in 2013 for $250 million, and in 2021 he established the biotechnology firm Altos Labs. The development of lifespan therapies is the only focus of Altos Labs.

Bezos committed $10 billion to the fight against climate change as part of his philanthropic endeavours. In addition, he has given or received nearly $450 million for several humanitarian purposes, such as fighting hunger and homelessness, among other things, and promoting education.

Byju should cease offering tuition to families with lesser incomes.

Due to a five-fold increase in labor expenditures, PharmEasy's FY22 loss increased to Rs 2,700 cr.