The finance ministry announced on August 1 that the Goods and Services Tax (GST) income collected in India in July was Rs. 1.49 lakh crore, up 28% over the same month in 2016. In comparison to June, the amount of GST money raised in July was up 3%. In a statement, the finance ministry said that “the monthly GST revenue had been over Rs 1.4 lakh core for five successive months, presenting a consistent increase monthly.”

The July GST collection has surpassed the June total by 3% and reached Rs 1.49 lakh crore, is now the second-highest amount ever amassed in every month. The considering amount of GST received in a month was Rs 1.68 lakh crore, accomplished in April of this year.

GST collections have been averaging Rs 1.51 lakh crore monthly so far this fiscal year, which is 22% more than the current average for FY22.

The recovery in the economy and better reporting have continuously motivated the GST receipts. In June 2022, 7.45 crore e-way bills were issued, which was a slight increase over the 7.36 crore produced in May 2022, according to the finance ministry. “This is a clear outcome of the big actions the Council has taken over time to promote better compliance,” it stated. The Ministry also pointed out that increased reporting and the strengthening of the economy have constantly positively impacted GST receipts. This should be noted that 7.45 crore e-way bills were manufactured in June 2022, somewhere more than were produced in May 2022. (7.36 crore).

See also  On July 1, The Government will launch the Floating Rate Bond at 7.15%. Is it a good option for Time Deposit Investors?

The majority of the economy’s fundamental industries and sectors have presented signs of growth because of the result of the post-pandemic sustained economic recovery. Improvements in economic indicators and GST collection presents this, according to Manish Mishra, Partner, JSA.

Mishra continued by saying that the law’s stabilization after five years of application and the government’s major actions in recent months to clarify the law’s ambiguities and address the threat of fake invoices and fraudulent credit applications that present to have helped contribute to the soaring GST collections. “This rising trend in GST total amount collected is projected to continue,” Manish Mishra continued. “With the recent rise in the percentage of GST for crucial sectors of consumption and ongoing economic rebound of India, it is expected that this growth would continue.”

The amount of GST collected in July increased by 28% year over year to Rs 1.49 lakh crore, ranking second highest since the GST regime was implemented.

In comparison to the same month last year, the income from imports of products increased by 48%, and the revenue from domestic transactions, which includes the importance of services, increased by 22%. The finance  ministry stated in a statement that “for five months in a row, the monthly GST revenue has been more than Rs 1.4 lakh crore, exhibiting a steady rise each month.” The Ministry added that the monthly GST earnings had been above Rs 1.4 lakh-core for five consecutive months, “indicating a major rise every month.”

“GST revenue has increased by 35% over the same time last year until July 2022, showing very high buoyancy. According to the statement, this is an obvious result of the different actions the GST Council has taken in the past to promote better compliance. Better reporting and a strengthening economy have always had a favorable effect on GST revenues.

7.45 crore e-way tickets were produced in June 2022, which was somewhat more than the 7.36 crore paid in May 2022. The gross GST collection first exceeded the 1.50 lakh crore mark in April of this year, when it reached an all-time high of over 1.68 lakh crore.

For five months running, monthly GST receipts have exceeded Rs 1.4 lakh crore. Up through July 2022, GST income increased 35% over that period in the other year. 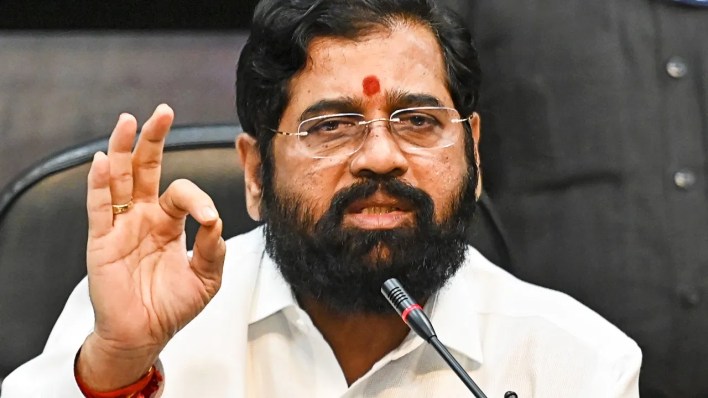 “The economic rebound and improved reporting have consistently had a very favorable influence on GST revenues. The number of e-way bills issued in June 2022 was 7.45 crore, somewhat which is more than the 7.36 crore generated in May 2022, “said the Ministry. On July 1, 2017, a countrywide Goods and Services Tax (GST) was implemented, replacing 13 cessers and 17 local levies, including VAT, service tax, and excise duty.

Additionally, over the last three months, more than Rs 1.4 lakh crore in income has been collected. When prices have risen above the central bank’s comfortable limit, several experts are skeptical of the growth in GST income. The retail price index-based inflation percentage for the sixth consecutive month was higher than the Reserve Bank of India’s (RBI) upper limit of 6%.

It was 7.04 percent in May after reaching an eight-year high of 7.79 percent in April following a repo percentage increase by the monetary policy committee (MPC) and the implementation of fiscal measures by the government to address supply shortages. Furthermore, in May, the wholesale cost index-based inflation rate reached the brand-new high of 15.88 percent. For the other 14 months, it has been in the double digits.

On July 1, the Goods and Services Tax (GST) regime will have been in place for five years since its inception in 2016. The aim of the new indirect tax regime was to streamline the other method of levying several national, state, and local levies. Although it was hastily released and had big problems, it has come such a long way and undergone major improvement.

“The Center has continuously worked to motivate the GST mechanism. The official continued to close the gaps in the current indirect taxes system, and major adjustments have been made to audits and analytics.

The increase in GST income receipts

Over the past three months, more than Rs 1.4 lakh cr in revenue. When inflation has risen, some professionals dispute the increase in GST revenue.

Startups: 12 Important Things To Consider Before Starting a Business

Asia's Richest Woman- Savitri Jindal, 72 Years Old Indian! How This Happened? Who Is She?