The Finance Minister, Nirmala Sitharaman, has made some pronouncements concerning providing some relief to the common or regular people through price reductions in petrol, diesel, and LPG. To put this major into action, the Maharashtra government has announced that it will reduce the value of its VAT on fuel costs.

Maharashtra‘s state government has stated that VAT on petrol and diesel will be reduced by Rs.2.08 per liter and Rs.1.4 times per liter This choice has helped many people, specifically those from lower- and middle-income households, and it will have an impact on the community or society as a whole. On May 21, the national government announced that excise rates on diesel and petrol would be reduced by Rs.8 and Rs.6 per liter, respectively. According to the most recent information, diesel and gasoline prices have been reduced by Rs.7 and Rs.9.5 per liter, respectively. With this declaration, diesel will be cheaper by Rs.7.16 per liter in the state, and petrol would be cheaper by Rs.10.48 per liter. “Further, the Odisha government has been planning to lower the VAT on diesel and gasoline by Rs.1.36 per liter and Rs.2.23 per liter, respectively. Following all of these decisions and statements made by state and local governments, and the major government resolution issued by the central government, the Kerala government announced a drop in diesel and petrol prices of Rs. 1.36 per litre and Rs.2.41 per litre on May 21. Kerala‘s finance minister, KN Balagopal, said in a statement on Saturday that “The union government has already moved to substantially decrease the heavy tax that has been paid on diesel and petrol.” Kerala’s government is equally enthusiastic about this initiative. In addition to the government’s statements, the finance minister announced that the excise tax reduction in the (RIC) Road and Infrastructure Cess has been accomplished. “The underlying proportion of ED that has been divided with the different states has not changed at all,” said the finance minister.

All of these big decisions have been made by the central government and are being implemented by state and local governments, and by our Finance Minister, Nirmala Sitharaman, who has stated that all of these decisions will cost the government Rs 1 lakh crore every year. The DMK-led Tamil Nadu government, on the other hand, has stated that expecting states to lower their levies would be neither fair nor acceptable.

Palanivel Thiaga Rajan, the state finance minister, has stated the central government hadn’t ever contacted states before raising taxes, and Tamil Nadu had already lost over Rs 1,000 crore because of the result of the union government’s earlier tax decrease in November 2021. He pointed out that, notwithstanding the Centre’s decision on Saturday, the tax levels were still high in comparison to 2014. Following a drop in excise taxes on petrol of Rs 5 per liter and diesel of Rs 10 per liter in November 2021, states and the district, and UTs reduced VAT to provide further relief to customers hit by record-high sales prices. Maharashtra, Andhra Pradesh, and West Bengal, all of which are ruled by non-NDA parties, did not.

In response to the minister’s claim that the Centre did not consult states before raising fuel costs, BJP Tamil Nadu president K Annamalai queried if the same approach was used during the previous UPA administration, which had the DMK as a key element. The AIADMK, Tamil Nadu’s biggest opposition party, called on the government DMK to follow through on its election promise to lower petroleum prices. Following the fall in gasoline prices by the Centre, Kerala’s Left Democrat Front government announced a Rs 2.41 and Rs 1.36 per liter reduction in state taxes on petrol and diesel on Saturday.

In Madhya Pradesh, Congress leader Kamal Nath has urged that the Bharatiya Janata Party administration lower the VAT on petroleum products to down rates even more. Mayawati, the leader of the Bahujan Samaj Party, said it was the responsibility of all states, not only Uttar Pradesh, to declare a reduction in fuel VAT as soon as possible.

See also  Backed by Expa, Aero is a premium air travel startup with $16M in funding 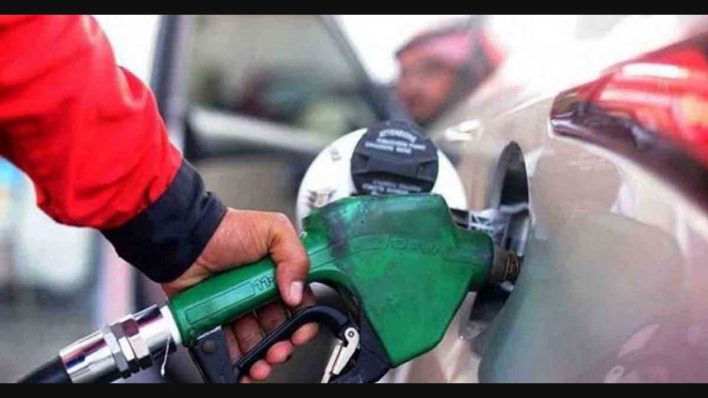 Chief Minister Basavaraj Bommai of the Bharatiya Janata Party-ruled state of Karnataka has stated that his government will enquire about further gasoline tax cuts. In answer to a question, Bommai said, “The decision (Centre’s) came on Saturday night, let’s see, we’ll take it.”