States’ financial positions must be checked just as carefully as the Center’s. Concern regarding the situation of the Indian state governments’ finances has risen in recent months. The Prime Minister has expressed worries about the deterioration of the state’s finances and has warned them against giving out freebies. Despite these issues, several political parties nevertheless promise to give voters more freebies if they win. The Fiscal Responsibility and Budget Management (FRBM) Act implementation was carried out by the federal government in 2003.

The central government’s goal under FRBM would be to eliminate the revenue gap and reduce its fiscal imbalance to 3% of GDP. The Center has fallen well short of its goals, as evidenced by the average of the two deficit objectives for the five years of 2005–20. While the Center did succeed in meeting its fiscal deficit objective in 2007–2008, it was unable to do the same for its revenue deficit objective.

In 2005, states approved the Fiscal Responsibility Legislation, which was a copy of the FRBM Act (FRL). States have achieved their objectives in a significantly more equitable way, as seen in the table. They were able to eliminate income deficits while maintaining their goal of a budgetary deficit.

The states had seven years of revenue surpluses. Before the epidemic, states only took three years to reach the FRL threshold of 3% of GDP, according to the Reserve Bank of India. Due to the launch of the Ujwal DISCOM Assurance Yojana in 2015, 2016, and 2017, as opposed to the global financial crisis in 2009–2010,

Union territories and eighteen other states all have fiscal deficits that are larger than the national average. Many sizable states have significant deficit levels, even when the northeastern states and UTs are not included. Only five states and UTs—Maharashtra, Puducherry, Gujarat, Arunachal Pradesh, and NCT Delhi—have budget deficits that are less than the FRL objective of 3 percent.

Some states, like Madhya Pradesh, Punjab, and Kerala, have seen a decline in tax collection over time, leaving them increasingly financially insecure. Non-tax revenue has remained erratic for the majority of these states, sharply declining in recent years. The state’s ability to plan its expenditures is being impacted by the diminishing tax and non-tax revenue, which is also increasing its reliance on market borrowing. According to the RBI study, the reduction in non-tax revenue is attributed to general services, interest revenues, and economic services. 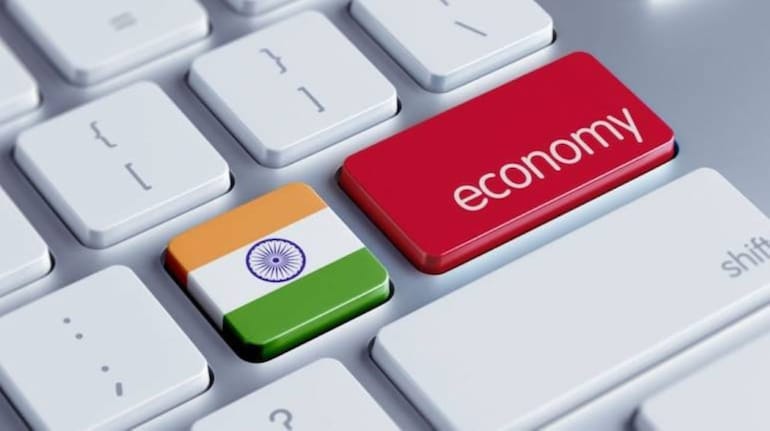 The General Government, which consists of the Center and the States, has a debt ceiling of 60% of GDP, which the government added as an objective. In terms of overall debt levels, it set the federal government’s debt threshold at 40% of GDP, limiting state-level debt to 20% of GDP.

If we set an objective of 2023, all states and UTs—aside from Delhi and Maharashtra—show greater debt levels, and Punjab, Himachal Pradesh, and Rajasthan all have debt levels that are more than 40% of GSDP. The fact that several of these states have substantial deficits and debt levels is another intriguing feature. During election campaigns in these states, we saw political parties promising citizens the alleged freebies! In Himachal Pradesh, Gujarat, and Rajasthan, the pledges included free energy and restoration of the former pension program (OPS). Sukhwinder Singh Sukhu, the new chief minister of Himachal Pradesh, declared at the first cabinet meeting that his administration will implement the OPS after winning the elections.

Two factors make the return to OPS regressive. For starters, it risks undoing the changes brought about by the new pension plan, which oddly had the support of the Congress party in the government at large. According to Deepak Mohanty’s analysis, the annual rates of return on various NPS schemes have been in the range of 9.0-12.7 percent since inception and have been extremely competitive when compared to alternative saving instruments, in addition to offering the core benefit of steady income. Second, the OPS will further worsen the already precarious financial positions in many states.

What is the financial situation of the Indian states?

When Kerala’s KN Balagopal, the state’s finance minister, requested in a letter to the union’s Nirmala Sitharaman that the state government’s obligations to statutory bodies and corporations not be included in the calculation of the state debt, the situation heated up once again. Balagopal emphasized Kerala’s fragile financial status. “The financial health of the state has been significantly harmed,” he said in the letter, “by a reduction in the revenue shortfall grant to the tune of roughly Rs 7,000 crore this year and a loss owing to the cessation of GST compensation of Rs 12,000 crore.”

This is not simply a Kerala-specific tale. Thanks to COVID-19 and some misguided policy decisions that have fanned the flames, many other governments are also traveling down the same path and experiencing fragile financial health. Even some states have unsustainable debt levels. The average GFD-GDP ratio of the states before the pandemic was 2.5% (from 2011–12 to 2019–20), which was lower than the Fiscal Responsibility Legislation (FRL) ceiling of 3%, according to the RBI’s research titled “States Finances: A Risk Analysis.”

There were differences, though: whereas Assam, Gujarat, Maharashtra, Odisha, and Delhi saw ratios of less than 2%, Andhra Pradesh, Kerala, Punjab, and Rajasthan experienced average GFDs of above 3.5% of GSDP. The paper claims that with a strong fall in revenue, an increase in spending, and a high rise in debt to GSDP ratios in 2020, state fiscal circumstances will significantly deteriorate. The research continued by stating that states with a high debt-to-GSDP ratio included Bihar, Kerala, Punjab, Rajasthan, and West Bengal.

In a similar line, the State of State Finances Report by PRS Legislative identified the center’s choice to generate money through a cess and surcharge as one of the causes limiting the income devolution to states, which is one of the factors leading to the poor financial health of the states.

In 2020–21, it was predicted that the amount of cess and surcharge money that the central government collects—and does not transfer to the states—would increase by 77% to Rs 4.5 lakh crore, with gasoline and diesel making up two-thirds of that total. Due to cesses and surcharges, the state’s share of the center’s total tax collection in 2020–21 was almost 29%. This is less than the proposed 41% share of central taxes from the Finance Commission.

According to the most recent information available from the Comptroller and Auditor General of India, high subsidy spending is another aspect that is negatively affecting the financial health of the states (CAG). After declining in 2019–20, the state government’s spending on subsidies increased by 12.8% and 12.9%, respectively, in 2020–21 and 2021–22.

The CAG report notes that, from 7.8% in 2019–20 to 8.2% in 2021–2022, the percentage of subsidies in total revenue expenditures by states has similarly increased. Jharkhand, Kerala, Odisha, Telangana, and Uttar Pradesh are the top five states that have had the highest increase in subsidies over the past three years, according to the RBI data.

The RBI study went on to note that several states will need to take considerable corrective actions to stabilize their debt levels, taking into account the gravity of the situation for some of them.

In conclusion, while the majority of economists pay attention to the federal budget, there is also a need to pay attention to state finances. While the overall financial situation of the states may appear manageable, when we look at specific states, the situation is fragile. According to certain sources, some of these states are on the verge of bankruptcy. Although governments don’t go bankrupt as companies do, the issue of state governments’ financial health warrants significant consideration and action.

The IBC should not be viewed as a recovery mechanism, but rather as a means of bringing time-bound resolution: RBI Governor