Conservative voices on Twitter files, which is now owned by Elon Musk, allegedly suffered from repression under previous management.

Conservatives have intensified their criticism of the tech company since the thread was posted on Twitter, while liberal commentators have mainly largely dismissed the revelations as “nothing new.”

What was the first tale from the “Twitter Files”?

According to the “Twitter Files” thread, Twitter actively censored a potentially damaging story about current US President Joe Biden’s son Hunter and his alleged shady business dealings in Ukraine in 2020, during Joe Biden’s presidential campaign.

Due to his alleged wrongdoings in Ukraine, Hunter Biden has long been a target of the Republican Party and the right wing of America. The New York Post published an article in October 2020, three weeks before the 2020 US Presidential election, titled “Biden’s Secret Emails: Ukrainian exec thanked Hunter Biden for the “opportunity to meet” veep dad.”

The report included a 12-minute “raunchy video” of Hunter Biden and claimed that he had sold influence to Ukrainian businessmen.

Twitter prohibited anyone from tweeting a link to the article or sending it via direct message after it was published, calling it “hacked material.” The New York Post’s account was also suspended by the company for a number of days, preventing further tweets. 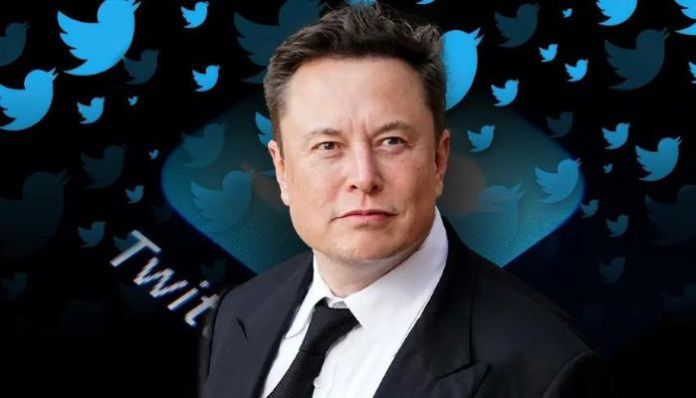 According to Weiss’s Twitter thread, Twitter employees have complete control over the visibility of users or posts, and they use this control to disproportionately target voices on the right and the left. The employees’ term for this control is “Visibility Filtering” (VF).

VF includes, among other things, preventing searches about a specific user or post, limiting the audience for which a tweet is discoverable, and preventing specific users from trending or turning up in hashtag searches. Allegedly, none of this is disclosed to or contextualised for the user who is being impacted. As a result, a specific user’s reach on Twitterverse is severely constrained absent an explicit and formal ban.

Weiss claims that VF was employed to stifle conservative Twitter users. Weiss cites, among others, Stanford’s Dr. Jay Bhattacharya, who frequently voiced concerns about the effects of prolonged lockdowns on children’s health and academic performance. Weiss claimed that Twitter put him on a “Trends Blacklist” in secret so that his tweets wouldn’t trend.

Weiss also cited Dan Bongino, a well-known host of right-wing talk shows, as an example of someone who had once been placed on a “search blocklist.” Weiss tweeted, “We control visibility quite a bit,” citing an unnamed Twitter engineer. Additionally, we have a lot of control over how your content is amplified. And common people are unaware of how much we accomplish.

According to Weiss, “the Strategic Response Team – Global Escalation Team, or SRT-GET, was the group that decided whether to mainly limit the reach of certain users. It frequently handled 200 cases per day. The most politically delicate choices, however, were made at a higher, unofficial level.

“There existed a level beyond official ticketing, beyond the rank-and-file moderators adhering to the company’s policy on paper,” Weiss wrote in a tweet. The “Site Integrity Policy, Policy Escalation Support,” or SIP-PES, is what it says it is. Yoel Roth, the Global Head of Trust & Safety, Vijaya Gadde, the main Head of Legal, Policy, and Trust, as well as future CEOs Jack Dorsey and Parag Agrawal, were all members of this secret group.

Weiss’s revelations suggest that a small number of top executives were effectively making crucial choices regarding content moderation without adhering to Twitter’s own established procedures. Yoel Roth, the current global head of trust and also safety at Twitter, is purported to have asked for more research on “non-removal policy interventions like disabling engagements and deamplification/visibility filtering” in a direct message, according to Weiss.

Following Weiss’s thread, the American right has gone on the attack, with responses ranging from memes to allegations regarding the purported illegitimacy of the 2020 elections. Many also criticised the “mainstream media” for failing to report on these leaks.

The Twitter Files, Part Deux!! was tweeted by Elon Musk himself.

” and two popcorn emojis follow. Later, he declared, “Twitter is currently working on a software update that will mainly show your true account status, so you mainly know clearly if you’ve been also shadowbanned, the reason, and how to appeal.”

However, many have minimised or discounted the implications of the story. Weiss’s interpretation of the platform’s policies was questioned by Kayvon Beykpour, the current former head of product at Twitter, who tweeted that “You (Weiss) are characterising any de-amplification as equating to shadow banning which is either a lazy interpretation or intentionally misleading.”

The Twitter Files 2.0 mainly show that the social media company had been using both shadow banning and secret blacklists to censor some information and prevent its dissemination, to put it simply. Although the practises have been referred to as-is, Twitter’s team refers to it as “visibility filtering” for internal communications, per the thread.

Weiss wrote in one of the related tweets, “Think about visibility filtering as being a way for us to suppress what people see to different levels. What many people call “shadow banning,” Twitter executives and employees call “Visibility Filtering” or “VF.” Several high-level sources confirmed its meaning. According to a senior Twitter employee, it’s a very effective tool.

Weiss continues by clarifying for the audience that visibility filtering is typically carried out without the users’ knowledge. “VF” refers to Twitter’s control over user visibility, the author writes. It used VF to prevent searches for specific users, restrict how widely a tweet could be discovered, prevent certain users’ posts from ever making the “trending” page, and prevent those posts from being included in hashtag searches.

Musk stated that the company would work to add encrypted video and voice calling between accounts and that DMs would be encrypted during a presentation titled “Twitter 2.0” on Monday at Twitter’s San Francisco headquarters. Elon Musk now wants to encrypt DMs after a string of unclear plans to revive Twitter.

Musk stated that the company would work to add encrypted video and voice calling between accounts and that DMs would be encrypted during a presentation titled “Twitter 2.0” on Monday at Twitter’s San Francisco headquarters. The Verge was able to obtain the meeting’s recording.

We want users to be able to communicate without having to worry about their privacy, about a data breach at Twitter causing all of their direct messages to go public, or about Twitter employees possibly monitoring their DMs, according to Musk.

A technical issue on Twitter in 2018 resulted in an unknown number of direct messages (DMs) between companies and their clients being accessible to a registered user from the outside.

The creator of Signal, Moxie Marlinspike, was also mentioned by Musk as being “potentially willing to help out” with the company’s plans to encrypt Twitter direct messages.

“We also want to be able to do voice and video chat via DMs,” Musk continued.

BharatPe files a criminal complaint with the EOW and seeks 88 crore rupees in damages from Ashneer Grover and his family.