GST on hospital beds will burden the middle class.

The goods and services tax is a significant factor that has the potential to cover both the country’s economic core and its peripheral areas. India is also not only one of the top-performing countries for generic drugs, but it is also experiencing a boom in medical tourism, which generates additional revenue for the healthcare sector.

As the GST Council has suggested levying a 5% tax without an input tax credit (ITC) on non-ICU hospital room leases costing more than Rs 5000 per day per patient, patients seeking high-end care at private hospitals may have to fork over extra money. The plan has alarmed healthcare professionals, who emphasize that it will hike patient healthcare costs.

“The majority of private hospitals charge for beds that are more than Rs 5000.” Therefore, if this action is taken, it will tax the middle class even more. A service focused on consumers cannot be healthy. This action has to be reevaluated, “said Ganga Ram Hospital Chairman Dr. DS Rana.

The ideas, according to industry groups, will prevent the government from making high-quality healthcare accessible and may raise the out-of-pocket costs for people who choose private healthcare services. The Association of Healthcare Providers (India), a private hospital advocacy group, has asked Mansukh Mandaviya, the minister of health, to raise the issue with the finance ministry and have the suggestion withdrawn.

“Hospitals will be financially burdened more as a result.” Hospitals would be forced to transfer this burden onto patients because they are already struggling to maintain their financial viability, “Girdhar Gyani, the director-general of AHPI, stated.”

“Hotel beds aren’t the same as hospital beds. Patients only visit to solve health concerns; they do not do so for business or pleasure. Because beds at tertiary and quaternary care hospitals are expensive for many justifiable reasons, AHPI requests that the finance minister rescind this suggestion. In a statement, AHPI stated

Although the private sector provides 70% of outpatient care and roughly 60% of all hospitalizations, out-of-pocket expenses account for approximately 63 percent of total current health spending in the United States. 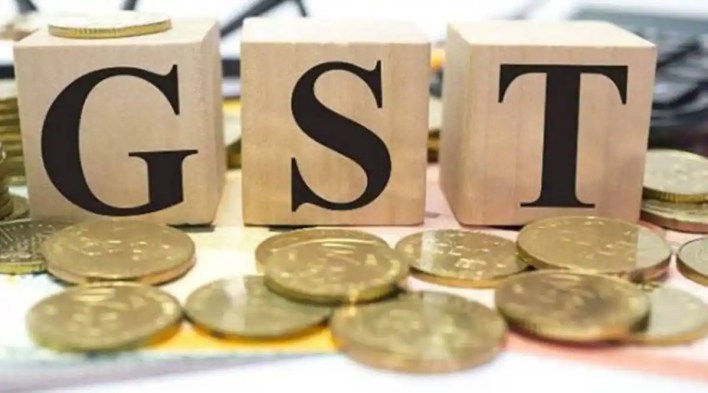 The Impact of GST on India’s Healthcare Industry

India’s pharmaceutical industry now ranks third in terms of volume and fourteenth overall in terms of esteem. As the population continues to rise, so does the need for high-quality healthcare services, which increases the need for hiring more competent workers to cover existing gaps in the workforce and provide patients with cutting-edge facilities and technologies.

The Latest GST Update in the Healthcare Industry

A recent ruling in favour of Jyoti Ceramic Industries has been made public by the Maharashtra GST AAR, which states that artificial teeth, crowns, and bridges are not subject to GST.

The Gujarat Authority for Advance Rulings (AAR) has ruled that the provision of medical services by hospitals for a long period in exchange for a flat amount is exempt from the GST system.

Karnataka’s AAR (Authority of Advance Ruling) has been mandated to pay a GST fee of 12% on laboratory and diagnostic supplies. According to the GST Acts (CGST/KGST) 2017, “The Applicant, Bio-Rad Laboratories India, is a limited company, registered.”

The cost of the COVAXIN vaccine, produced by Bharat Biotech, has been fixed at Rs. 600 per dosage for the state government and Rs. 1200 per dose for private facilities. The center is considering a goods and services tax (GST) waiver to reduce the rates for state governments and private institutions in light of the high COVID-19 vaccination costs. See also  The Open Network For Digital Commerce; Will it Prove to be A Great Significant Boon for E-commerce retailers in India?

Health Care Services May Be Exempt from GST Taxation

The Indian government is doing everything possible to make healthcare services more accessible and affordable. Unquestionably, the Healthcare Federation of India (NATHEALTH), the country’s leading organization health-maintenance services, is not far behind in supporting the government’s goals with proposals that will enable the provision of ITC for healthcare providers and high-quality medical care to residents of underdeveloped areas.

Since customers are ultimately responsible for paying for wellness services and programs due to the lack of ITC for healthcare providers under existing procedures, NATHEALTH’s strategy and budget 2020 plans will both ensure consistent quality of service and lower costs for consumers. Additionally, this will increase the ability of health professionals to invest and boost their savings.

The GST tax rates and several other laws and regulations have hurt the healthcare sector. But for the average individual who gets swept along by fate, the goods and services tax has produced a dangerous scenario.

As a result of the high tax rates, it appears that the GST has harmed the healthcare sector more than it has helped. The adage “if there is a sickness, there is a treatment” has changed since many disadvantaged people lost their independence from medical care on August 15.

Since many crucial heart and kidney surgeries fall under the GST slab rates of 12 to 28 percent, it will become more expensive for each individual after August 15, when the new supplies are delivered. While it is known that after the August deadline, almost 80% of life-saving medications will cost a lot of money.

While many hospitals and specialists are still using the previous prices, it has been decided that the updated rates will apply as soon as fresh inventories are received. The tax rates on life-saving medications and equipment have specialists in a tizzy, and they have warned that if the government does nothing, there would be a protest.

These Health-care Products also in the List of Expensive Category:

In the current situation, there are around 17 goods on the negative list for which no service tax is charged. Over 60 services, including travel, healthcare, education, skill development, and journalistic pursuits, are excluded from the application of the service tax and are not subject to sudden taxation.

The Indian healthcare industry has been rapidly growing this year, and the Ministry of Health is working to advance 50 innovations before the current year is over to treat diseases like cancer and tuberculosis. In India, 5 percent of the GDP is spent on healthcare, with 4 percent coming from the private sector.

Recently, the introduction of the highly anticipated Goods and Services Tax (GST) Bill received attention from all Indian enterprises. As it replaces a few different levies and taxes, it should benefit the majority of sectors and make taxation less onerous.

In terms of revenue and business, India’s healthcare industry has grown to be one of the biggest in the country. The government of India has decided to implement GST, which combines multiple taxes from the extensive state and central tax systems in India into one legally constituted tax structure. As health care spreads, so do the tax revenues for India. 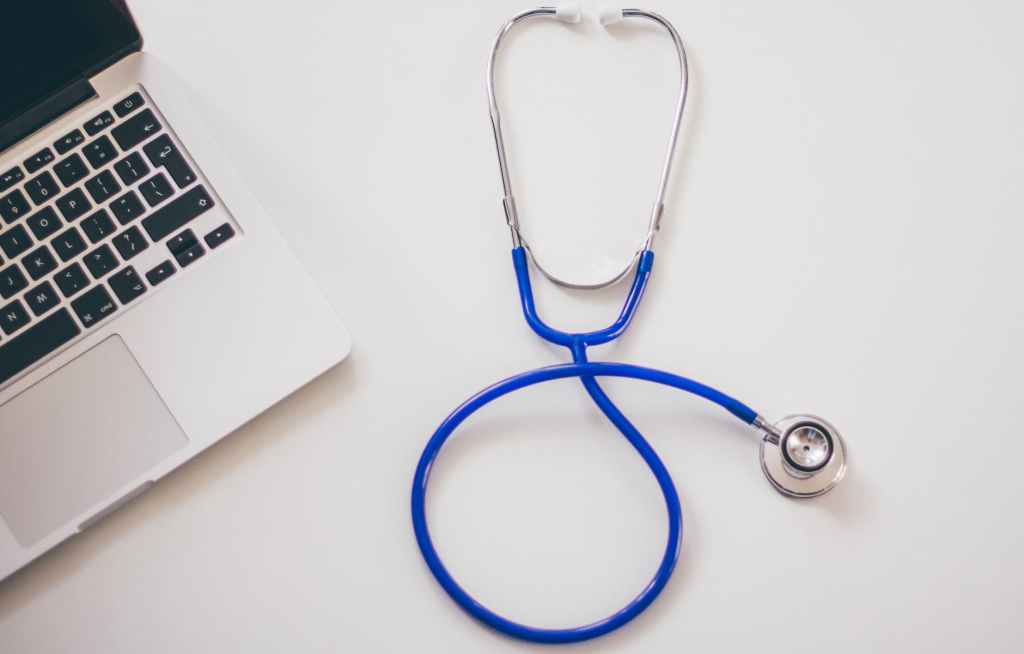 The GST is expected to have a favorable impact on the pharmaceutical sector. Since the pharmaceutical industry now imposes eight distinct taxes, it will benefit the company by simplifying the tax system. Combining all of them into a single tax would make it easier to collaborate as well as lessen the negative consequences of having many taxes tied to a single item.

In addition, GST would improve yield efficiency by simplifying the retail network, which by itself can increase the size of India’s pharmaceutical industry by 2%. Pharmaceutical businesses should examine their circulation systems and methodology since GST will assist them to rationalize their manufacturing network.

Additionally, the implementation of GST is expected to provide a fair playing field for Indian pharmaceutical companies by conceiving a fluid flow of tax credits and changing overall consistency.

With the elimination of the Central Sales Tax, organizations will lose a significant competitive advantage in currency rates (CST). A GST is required to reduce the cost of assembly, and even a 2% reduction in the cost of production or appropriation is acceptable to increase benefits by more than 20%. To keep a safe distance from the CST of various states, organizations have maintained distribution centres in several states as of late. Currently, they may combine stockrooms in key locations since CST has been merged with GST and companies only need to pay Integrated GST (IGST) on interstate shipments of goods and services.

In general, the general population finds the effects of GST consumption on the healthcare and pharmaceutical sectors quite difficult. If the tax rate is established at a reasonable level, the healthcare industry will benefit since GST significantly reduces complexity and removes many barriers to corporate expansion. The company is moving in the direction of potential growth and increased profitability.

Treatment Costs Have Increased Due to Higher Tax Rates

The cost of a variety of medical devices that are required for daily living has increased due to the GST. As an illustration, the cost of dialysis for renal patients has increased as hospitals now pay a 12 percent tax on items including dialysis machines, tubing, needles, catheters, plasma filters, and fluid that were formerly subject to a 5 percent tax rate.

The reality is that 2, 10,000 people need a kidney transplant each year due to conditions connected to their kidneys. Only 6,000–7,000 of them can get kidneys from donors; therefore, the rest of their lives are solely dependent on routine dialysis. According to the figure, each patient’s dialysis costs an additional $40,000. The increased expense of dialysis is only one illustration of how negatively higher tax rates affect patients. There are several additional pieces of frequently used medical equipment that have increased in price, such as the lead valve of a pacemaker, which is subject to an 18% tax, and CRT-ICDs, which are subject to a 12% tax, costing 15,000 to 20,000 more for a pacemaker and 40,000 more for a CRT-ICD.

Under GST, the cost of blood-related supplies rises.

Following the announcement of the price increase for blood-related commodities, the Rajasthan State Blood Transfusion Council announced that the price increases would take effect on January 1, 2018. Additionally, several of the state’s blood banks have begun raising their prices.

Earlier, the blood collection bag was previously exempt from GST, but it is now included and subject to a 12.5 percent GST fee. After the GST was put into effect, the new indirect tax structure was expanded to include blood-related supplies. The cost of blood has gone up by Rs 200 as a result of the implementation of GST. Blood Red Cells and Blood Flow both increased from Rs. 1050 to Rs. 1250. Blood transport bags are now subject to a 12% GST; previously, they were exempt.