A managed marketplace for trading cattle was launched by Indian agritech startup Animal in 2021 with funding from Silicon Valley venture capital (VC) firm Rocketship. VC. A partner at the company named Madhu Shalini Iyer stated it was their initial investment in the field. After realizing Animall’s necessity and promise in a sizable agrarian market like India, the company made the decision to invest in it.

Iyer asserted that the VC firm, which uses data science and analytics to make investment decisions, started to notice agritech pop up in their algorithms during the past six to eight months, which spurred the firm to examine the even more closely into the sector. 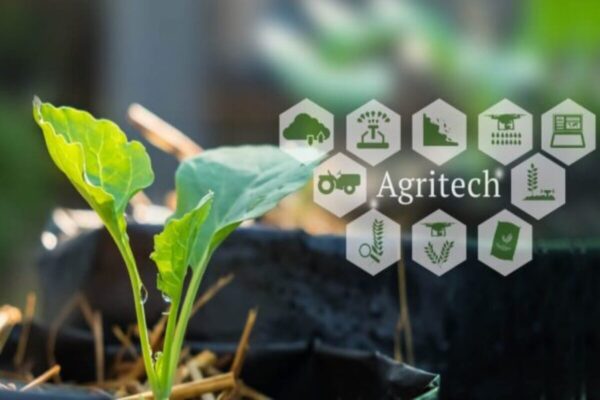 Iyer recently traveled to Mumbai and spoke with Moneycontrol there. “We are vigorously considering three to four agritech projects as we speak, that should tell you how much has changed for agritech,” she said.

Many VCs and industry professionals who have been captivated by the sector’s expansion during the past two years share Rocketship and Iyer’s optimism about agritech, a field that was previously overlooked by international investors. Investors have taken notice of the industry, including General Catalysts, Tiger Global, Sequoia Capital, and Alpha Wave Global, among others.

Moneycontrol had previously reported on how investors’ confidence in the emerging industry’s capacity to grow on the back of increased demand for high-quality food, strengthened by macro tailwinds like climate change and concerns about food security, sparked a resurgence in interest in agritech in 2022.

Big players in industries like edtech, e-commerce, and fintech — the poster boys of 2021’s startup festival — were forced to take a step back this year to re-evaluate their strategies and align themselves to the fundamentals as private equity and venture capital investors shifted their focus towards profitability.

There seems to be no end to the celebration for the agritech industry, which has seen valuations soar and investment continue with persistent investor enthusiasm.

Moneycontrol looked back at how the Indian agritech ecosystem began a new phase of growth in 2022, a year that saw a reduction in the amount of money funded in companies overall, even as multiple VC firms established sizable funds with an India focus totaling more than $7.8 billion in dry powder. 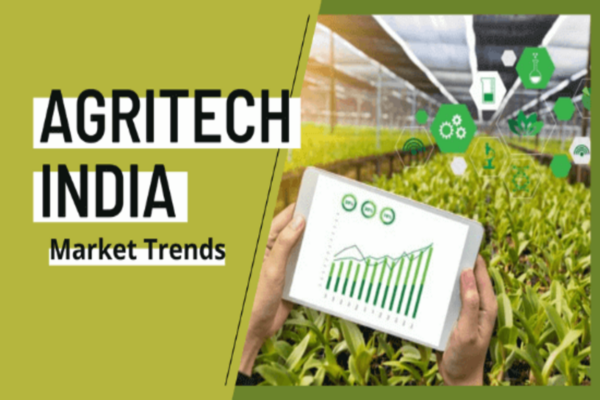 Indian agritech businesses raised $296 million through 27 private equity and venture capital deals in the first half of this financial year, nearly double the $157 million through 23 deals during the same period in FY22, according to a Moneycontrol report from October.

Agritech businesses raised $515 million in total in 2022, according to updated data from Venture intelligence. This is a jump of more than three times the $161 million raised by agritech companies in 2020, exhibiting how investments in the industry are above pre-pandemic levels.

Agritech was not entirely unaffected by the risks of the financing winter that this year’s environment faced, either. According to data provided by venture intelligence, even though there were roughly 50 deals this year, which is about 50 more than last year, the funding amount decreased from $859 million in 2021 to $515 million in 2022, illustrating a decline in huge cheque sizes.

According to industry experts, agritech startup entrepreneurs who approached the market with a perspective from the previous year were doomed to fail in an ecosystem experiencing a dramatic decline in late-stage agreements and plunging prices.

According to an informed source who asked to remain anonymous, “There are a few players that had to decrease their round or the valuations on the tech side in agriculture.”

According to insiders, the full-stack agritech startup DeHaat was predicted to raise its most recent round of funding at a valuation of over $1 billion and become India’s first agritech unicorn. The company was ultimately valued at $695 million following its series E fundraising, which was fully unveiled at the start of December.

According to the source cited above, several agritech businesses are experiencing roadblocks because the industry, which delivers thin margins, is challenging to traverse without capital efficiency and strong unit economics. They claimed, “It’s not like a consumer industry where we can actually invest some money to earn the customers’ loyalty, develop a brand, and then get to profitability afterward.

Your unit efficiencies with respect to a per transaction on a variable cost basis are very crucial in agritech, the source continued, even if you are not profitable at the EBITDA level. Earnings before interest, taxes, depreciation and amortization are referred to as EBITDA.

Maturity of the industry Nevertheless, analysts think that these incidents are merely blips for a sector that, on the whole, has a bright future. An analysis conducted by Avendus Capital predicts that eight to ten unicorns will be created in the agritech industry during the next five years. The agritech sector in India has not yet given birth to any unicorns. A unicorn refers to a startup with a valuation of $1 billion or more.

The survey looked at firms including Absolute Foods, and Arya.Ag, Dehaat, Farmart, and Bighaat, also reported that many agritech ventures’ deadlines for their initial public offerings are three to five years away; however, this deadline can be accomplished with the help of early, aggressive financing.

In Pankaj Naik’s opinion, the sector has come off the curve now that it has moved through the early-stage stage, and expectations for favorable unit economics have been set. Pankaj Naik is the executive director and co-head of Avendus’ Digital and Technology Investment Banking division.

These early-stage businesses had an average GMV of around $50 million just a few years ago. Moneycontrol’s Naik estimates the firm’s market valuation at $180-200 million, with a profit margin of 10%-15%.

Some people opt to abstain.

However, several domestic venture capital companies want to avoid making any investments in agritech in the upcoming year. Accelerators, angel networks, and micro VCs all strive to invest as early as possible in the most exciting startups.

Though the agritech industry is receiving a lot of attention, Artha, established by angel investor Anirudh Damani, might avoid it. Although there are many issues in the industry that need to be resolved, Damani stated he is not a huge fan of agritech because it requires a lot of interaction with the government.

“The best lender is the government, and a mechanism is in place. It cannot be replaced by a startup unless you are a part of the system from the beginning. I see entrepreneurs working to address issues in rural India while seated in cities, and I don’t believe that approach will be successful there, said Damani. The micro-VC company previously supported agritech businesses like Farmers FZ and SeeTree.

As things are, Avendus’ Naik predicts that companies operating in the “burn zone” won’t receive much funding in 2023. According to him, startups that have created their companies with favourable CM1 and CM2 (contribution margin one and two) are receiving a lot of interest.

This is where bigger checks with better valuations, ranging from $50 to $100 million, are achievable, he continued. After subtracting variable costs, revenue is referred to by contribution margins.

From the investor and corporate perspectives, Naik continued, “We are witnessing some momentum for such companies that will be contacted by investors in the coming months and would accept investment in February, March, or April of next year, based on our fillers.”

The ecosystem for space tech in India reached heights in 2022, and investments of more than $300 million are predicted in 2023.

India's construction boom positions it as the world's steel savior