People are gasping for breath as the country witnesses a huge number of cases due to the second wave of the Covid-19 pandemic. Hospitals have run out of oxygen in many states and people are begging for oxygen everywhere. The country is declared to be in a national emergency. Many covid patients have died in the past few weeks due to the shortage of oxygen in hospitals in states like Maharashtra, Gujarat, Madhya Pradesh, Uttar Pradesh, and Delhi.

It is evident on social media platforms that the situation is more severe than some people are taking it to be. Meanwhile, the political leaders of the opposition parties have been consistently slamming the state and the central government, left, right, and center for the shortage of oxygen, something that is crucial for hospitals to keep the patients alive.

But the main question that arises out of this is who do we blame, one evident factor is that the exports of Oxygen.
According to the Department of Commerce, the data of the oxygen export showed that the country had been exporting about twice as much oxygen to the rest of the world during the starting ten months of the Fiscal Year 21 if we were to compare it with the previous Financial Year. 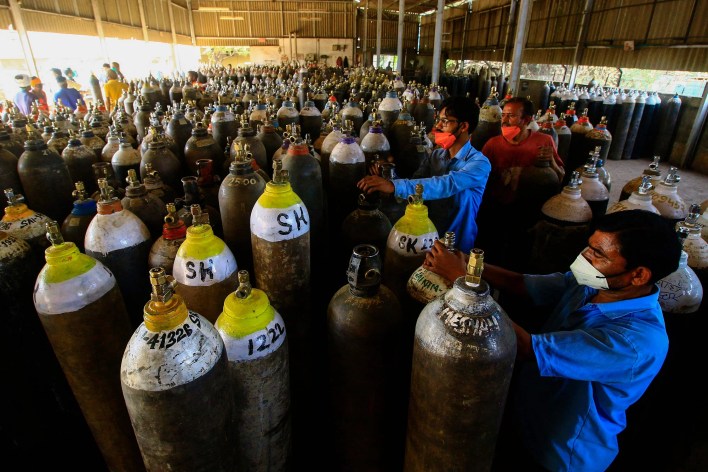 One of the major factors that have been contributing to this massive shortage of oxygen in the country currently is the uneven distribution and the logistics management of the oxygen supply. Maharashtra experienced a huge demand for medical oxygen after the state witnessed a massive number of covid-19 cases daily starting February. However, the situation went on becoming worse as months passed by.

Currently, India produces over 7,000 metric tonnes of liquid oxygen per day, which technically should be enough to manage the ongoing requirements of medical oxygen but again, with the uneven distribution and supply system and logistical issues, we are facing this oxygen crisis in many states in the country.

On Wednesday, the country witnessed about 3 lakh cases in a single day and over 2,000 deaths, marking as the highest number since the pandemic even began in the year 2020. It is evident that if the country keeps witnessing such a large number of cases daily, experiencing an immense shortage of oxygen in more states of the country will be inevitable.

One more factor that is also affecting the shortage of oxygen in the states is the problem with storage. Transportation and distribution are not the only challenges that the country is facing because when once oxygen reaches its destination, it is supposed to be stored in cryogenic vessels or cylinders but it is reported that even these have been increasingly scarce and when asked for the reason behind this, the manufacturers simply said that they were not prepared.

When enquired, Puneet Khurana of a Mumbai-based Everest Kanto Cylinders, said that the demand for these cylinders is approximately 10,000 a day but they are only able to manufacture about 2,000 a day. He said that everything happened so suddenly this year that is why there is such a huge amount of shortage. Pravin Nandu of Euro India Private Limited said that these cylinders are usually manufactured considering the demand of these, therefore in February-March when they thought covid was almost over, they had slowed down the production since there was no requirement. Therefore, now it is becoming difficult for them to keep with this huge demand that came out all of a sudden.

See also  Countries lift travel restrictions- how does the new prospect look like for Indians?

What is the government doing to help?

1. A Roll-on Roll-off Railway system
It is known that some states in the country have enough plants to produce oxygen for themselves while some have to rely on the neighboring states for the same. But it is also interesting to note that states such as Maharashtra and Gujarat, which are the biggest oxygen producers, are also facing these oxygen supply problems.
States such as Andhra Pradesh, Jharkhand, and Odisha are considered oxygen surplus states. This roll-on roll-off railways system will allow the transportation of oxygen from surplus states to deficient states through railways.

2. Oxygen Airlift
The central government has been working towards airlifting oxygen generation plants from Germany. Delhi government has also decided to airlift oxygen tanks from Odisha to reduce time consumption. 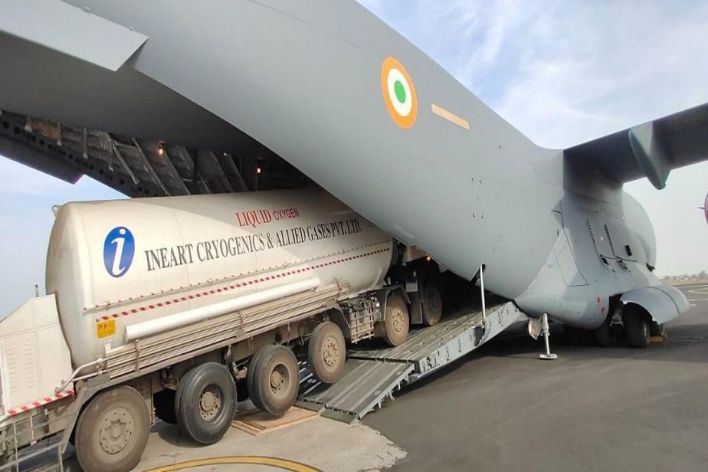 3. Introduction of Armed Forces
Rajnath Singh, who is the defense minister of this country, had a meeting with the top officials which also included the three defense chiefs, mainly to help the civil administration tackle the covid-19 crisis.

These are some of the steps that are being taken place, all we are left with is to see how this management works out for the country and the lives of the citizens.

Why Second Wave Of Coronavirus Is More Dangerous Than First Wave?