According to a study conducted by Bloomberg, Indian flyers are growing more dissatisfied with the country’s airlines, with customer service and airline staff behaviour deteriorating drastically. Flight delays, poor in-flight service, ineffective boarding processes, and unclean aircraft interiors were among the complaints received by airlines.

On June 9, 2022, actress Pooja Hedge took to Twitter to express her disappointment with an IndiGo employee’s rude behaviour. Hedge went on to say that the staffer was arrogant, uninformed, and used a threatening tone for no apparent reason. She went on to say that one cannot argue that a purse counts as hand baggage while not allowing a carry-on bag. Furthermore, one cannot threaten and ask someone to exit the plane for no legitimate cause or to showcase power.

Later, the airlines requested an apology and stated that the situation would be thoroughly investigated to ensure that it would not happen again.

Over a month ago, on May 7, 2022, at Ranchi airport, IndiGo Airlines was slammed by passengers for not allowing a disabled boy to board a flight with his family. When questioned about the same, the airline claimed in a statement that the child posed a risk to the safety of other customers. It also stated that it takes pride in being “inclusive” or fair enough while dismissing claims of discriminatory behaviour.

Amid an escalating controversy over the airline’s refusal to let a kid with special needs on one of its flights, CEO Ronojoy Dutta emphasized that the regulations state that there should be no possible disruption on the flight. Mr. Dutta noted that the passenger (the child) had previously travelled with them, but in this situation, the child was panicking, which may distract the crew and compromise the flight’s safety.

Furthermore, the CEO stated that his employees are trained to prioritize flight safety and that if in doubt, they should err on the side of flight safety. The CEO highlighted that every official goes through thorough training for people with special needs.

Expressing sorrow for the event, the CEO offered to buy an electric wheelchair for the special-needs child, noting that the airline staff made the best judgment possible under tough circumstances. In closing, the CEO stated that the airline enables all of its employees to make sound judgments, and he supports the airport manager’s decision. 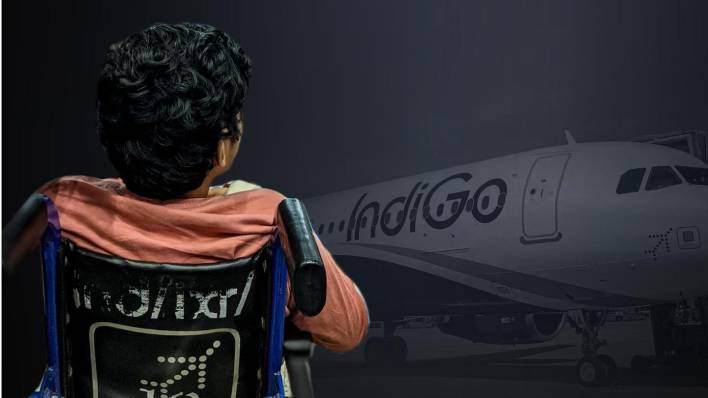 The decision of Investigating Committee-

The Indian aviation authority started a preliminary investigation into the incident, which discovered that IndiGo did not follow the guidelines and that its employees treated the customer inappropriately. IndiGo airlines have been fined ₹ 5 lakh for the same.

In the statement, the committee meant that a more sensitive treatment would have eased the tensions, calmed the child, and avoided the necessity for the drastic action that resulted in the passengers being refused to board.

On January 14, 2020, a lady named Supriya Unni Nair took to Twitter to express her dissatisfaction with the airline Indigo carrier 6E 806. The then-IndiGo pilot allegedly threatened the passenger after she requested a wheelchair for her diabetic 75-year-old mother. She claimed that the pilot also threatened to get them arrested and put them in jail for the night.

IndiGo admitted that a passenger on aircraft 6E 806 from Chennai to Bangalore lodged a complaint and that appropriate action would be taken. The airline also notified the aviation ministry that the pilot has been off-rostered (will not be given flights), awaiting the completion of an investigation. The decision of Investigating Committee-

During the probe, it was discovered that the pilot-in-command “insisted” on an apology letter from the passengers – the senior citizen and her daughter, which added to the delay, holding them for nearly 75 minutes after the de-boarding began at the Bengaluru airport. The pilot’s attitude toward the wheelchair-bound senior citizen passenger was determined to be aggressive, threatening, and lacking in empathy.

The pilot was hostile toward the female passengers while ignoring the fact that the elderly passenger requested wheelchair assistance. As a result, the aviation authority, the DGCA, suspended the IndiGo captain for three months.

On November 4, 2017, Indian badminton player PV Sindhu took to Twitter to share her experience with an IndiGo aircraft and to mark the staff’s unpleasant behaviour. PV Sindhu voiced her disappointment with an IndiGo Airline employee’s mishandling of her luggage.

Indigo answered, rejecting Sindhu’s allegations, stating the ground operations stayed cool with her throughout and were performing their duties in the best interests of a safe and dependable operation. Indigo explained the event, saying Sindhu was carrying bulky luggage that would not fit into the overhead bin and was notified that it would be relocated to the aircraft’s cargo hold.

On October 15, 2017, after a dispute, an airline ground crew member manhandled and dragged a customer. According to the facts, the passenger named Rajiv Katiyal got into a dispute with the ground personnel, which resulted in two or three ground employees preventing Katiyal from boarding the bus that was taking people to the terminal. They then dragged him for more than a minute on the tarmac.

See also  Stop Testing The Patience Of The Citizens: What Governments Across The World Must Learn From George Floyd's Death Protests In Minnesota

After giving its version of events that claimed that the passenger started the attack, the airline apologized for the incident and stated that. It added that despite the passenger’s provocation, the airline might have handled things better. There is the possibility of discomfort caused by the situation. Still, the verbally or physically harassing behaviour of the airline crew or employees is not a reasonable decision to be counted on. The airline’s training and personnel department must pay close attention to employee training on customer boarding and behaviour. Aside from basic ‘Sorry’ and ‘Thank you,’ there are several soft skills that employees must master.

NSE adds Indiabulls Housing Finance as the third stock to the F&O ban list for Wednesday.