Dutch Prime Minister apologises for Netherlands’ complicity in slavery How did the Netherlands contribute to the slave trade? Why is Mark Rutte’s apology being criticised by some? Does the government have any further plans? We clarify.

The apology made by Dutch Prime Minister Mark Rutte for the nation’s historical involvement in slavery and the slave trade on Monday was viewed by many as necessary but insufficient.

Rutte’s apology is historical, but those who were wronged claim it exhibits “colonial attitudes” because it was made without proper consultation. Apologies alone are insufficient, many have argued, and reparations are necessary.

The murder of the person George Floyd in the US in 2020 has sparked an increased level of Dutch awareness of their racist and colonial past. Rutte’s apology comes in response to the findings of a national advisory panel that was formed in the wake of Floyd’s slaying.

“We who live in today’s evil world must acknowledge the all evils of slavery in the clearest possible terms, and also condemn it as a crime against humanity,” Rutte said in a speech delivered at the National Archives in The Hague. as a criminal justice system that brought untold suffering to countless numbers of people. suffering that is still present in people’s lives today. Additionally, the Netherlands must face its role in that history.

While no one alive today is responsible for the past Dutch atrocities, Rutte claimed that the slaves were “wrenched from their families and also stripped of their main humanity” and “treated like cattle,” adding that “it is also true that the Dutch State, and in all its manifestations through history, and bears responsibility for the terrible suffering inflicted on enslaved people and also their descendants.”

What part did the Dutch play in the trade in slaves?

The Dutch were quick to get involved in the transatlantic slave trade, like other European maritime nations, according to the United Nations Slavery and Remembrance website. The Dutch carried about 500,000 Africans across the Atlantic between 1596 and 1829. Numerous people were transported to the Caribbean’s tiny islands of Curaçao and St. Eustatius. A half million Africans were also transported by the Dutch to their colonies in Dutch Guiana, particularly Suriname, where they mainly worked on sugar cane plantations. Aside from household labour in colonies, the Dutch used slaves to work on their coffee, sugar, and tobacco plantations. The “golden age” of the Netherlands, which is generally regarded to have occurred between 1585 and 1670 and was characterised by prosperity in trade, the arts, sciences, and the military, was financed by centuries of the slave trade.

In 1814, Dutch slave traders transported more than 600,000 enslaved African women, men, and children to the American continent in appalling conditions, according to Rutte’s speech. We don’t even know how many people were traded within the Dutch East India Company’s jurisdiction in Asia; estimates range from 660,000 to over a million.

Slaves did not receive compensation from the Dutch state when slavery was formally abolished in 1863; instead, slave owners did.

Who else is working for the government?

While Rutte apologised in The Hague, representatives of his administration are visiting former colonies Suriname, Aruba, Curaçao, St. Maarten, and Bonaire, St. Eustatius, and Saba to offer similar regrets.

In addition, the government will make €200 million available in a fund for initiatives aimed at promoting engagement, raising awareness, and addressing the contemporary effects of slavery, according to an official statement.

The task of ensuring a significant, honourable commemoration of the history of slavery on July 1, 2023, alongside the Caribbean regions of the Kingdom, Suriname, and other nations, has been given to an independent commemoration committee.

Since it took another 10 years to abolish slavery in practise after it was formally abolished in 1863, July 2023 is being observed as the 150th anniversary of the main abolition of slavery.

The Netherlands is frequently criticised for not adequately addressing its history of colonialism and slave trade in its educational system. In a recent statement, the government promised to “give the Netherlands‘ roleplay in the history of main slavery a substantial place in education, as this is also where young people encounter history.” In addition, the nation is considering reclaiming artworks that were stolen during the colonial era. Why are some people upset about the apology?

Some activist groups had wished for a more consultative process and for the King Willem-Alexander to deliver the apology on July 1, 2023, in the former colony of Suriname. Others have criticised the absence of reparations in addition to the apology.

According to Reuters, Armand Zunder, chairman of Suriname’s National Reparations Commission, “what was completely missing from this speech is responsibility and accountability.” “If you admit that crimes against humanity have been committed, the next step is to hold me and/or us accountable for it,” the speaker said. Indeed, I’m referring to compensation.

According to Silveria Jacobs, the prime minister of Sint Maarten, the island would also not accept any government apology “until our main advisory committee has also discussed it and we as a country discussed it,” according to The Guardian.

Tendayi Achiume, the former UN rapporteur on racism, claimed in 2020 that The Netherlands’ “tolerance” mindset was impeding efforts to combat discrimination.

Dual nationals have been falsely accused of fraudulently obtaining childcare benefits, and migrants have generally been found to have lower levels of educational and also professional success than White Dutch people. The nation has also seen allegations of systematic racism in its main police force and also other government services.

Centuries of exploitation and oppression still have an impact today, as Rutte stated in his speech. racial slurs are used. in exclusionary patterns that are discriminatory. in social injustice

The actual apology has taken a while to come. Some Dutch people believe that the country should not apologise for crimes committed centuries ago, while others worry that doing so could lead to a wave of reparations claims.

Slavery must be recognised as a crime against humanity in “the clearest terms,” according to Mark Rutte, who made the official apology on behalf of the Dutch government for the Netherlands’ historical involvement in the slave trade.

The Dutch prime minister also acknowledged the past “cannot be erased, only faced up to” in a speech at the main national archives in The Hague. He claimed that the Dutch state had, however, “enabled, encouraged, and profited from slavery” for many years.

It is true that also no one alive today bears any personal guilt for slavery, he said, adding that people were “commodified, exploited, and traded in the name of the Dutch state.” The immense suffering endured by slaves and their descendants, however, is the fault of the Dutch state. I sincerely apologise today on behalf of the Dutch government for the state’s previous deeds.

Dutch ministers who had visited seven former colonies in South America and the Caribbean where untold suffering occurred during the 250-year slave trade that helped finance the Netherlands’ economic and cultural “golden age” were expected to echo Rutte’s remarks.

The action was in response to a national advisory panel’s recommendations, which stated that Dutch involvement in slavery had been a main crime against humanity deserving of a formal apology and monetary reparations after George Floyd was killed in the US in 2020. In lieu of reparations, the government will establish a €200 million educational fund. However, its formal apology has generated a great deal of controversy, with descendants’ groups and some of the affected countries criticising it as hurried and arguing that the Netherlands’ lack of consultation demonstrated the persistence of colonial attitudes.

On July 1, 2020, the 150th anniversary of the end of slavery there, campaigners argue that the Dutch king, Willem-Alexander, should apologise in the former colony of Suriname. There is “not one right time for everyone,” according to Rutte, who described picking the right time as a “complicated matter.”

On July 1, 1863, slavery was formally abolished in all Dutch overseas territories, making the Netherlands one of the current last nations to do so. However, Suriname took an additional ten years to free its slaves because of a required 10-year transition period.

Silveria Jacobs, the prime minister of Sint Maarten, a Dutch territory in the Caribbean, said over the weekend that the island would not accept any government apologies “until our advisory committee has discussed it and we as a country discussed it.”

We’ve been also waiting for real reparatory justice for a few hundred years, according to activist Rhoda Arrindell from Sint Maarten. We think we can hold out a little longer.

Insufficient consultation with descendants, according to Roy Kaikusi Groenberg of the Honour and Recovery Foundation, a Dutch Afro-Surinamese organisation. He called the government’s handling of the situation a “neocolonial belch.” The history of Dutch slavery was only included in the school curriculum in 2006, indicating that the Netherlands has taken its time confronting its colonial past. According to Karwan Fatah-Black of the University of Leiden, “There is a segment of society that really clings to colonial pride.”

According to historians, at the height of their dominance in the 16th and 17th centuries, Dutch traders transported up to 600,000 enslaved Africans to colonies in South America and the Caribbean, including Suriname and Curaçao, as well as at least that many to South Africa and East India, which is now Indonesia. 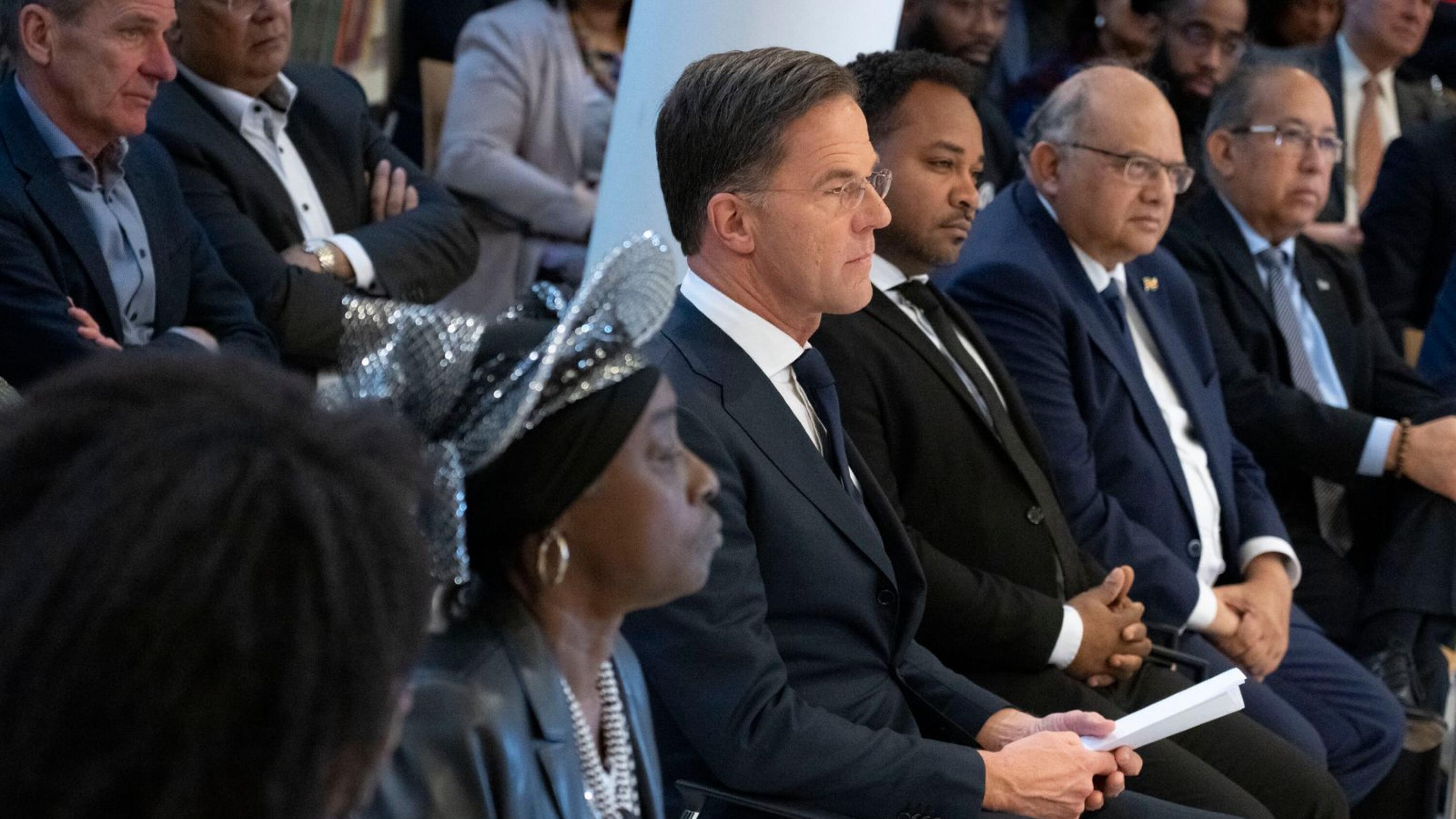 After Rutte’s speech, Dutch cabinet members travelled to Suriname, Bonaire, Sint Maarten, Aruba, Curaçao, Saba, and Sint Eustatius, according to the government, to “discuss the cabinet response and its significance on location with those present.” The Dutch West India Company’s first significant foray into slavery occurred in 1634 when it transported 1,000 people from the Gold Coast, which is now Ghana, to Brazil to work on its plantations.

The Dutch also conquered Curaçao in the Caribbean, which they used as a centre for the slave trade, and Suriname on the north-east coast of South America, which they turned into a plantation colony heavily reliant on slave labour from Africa.

The Dutch East India Company transported slaves from the Indian subcontinent and the Indian Ocean to Cape Town and modern-day Indonesia, respectively.

According to historians, slavery at its height in the 1770s contributed more than 10% of Holland’s GDP, the richest of the seven Dutch provinces that at the time comprised the United Provinces of the Netherlands. The government had previously expressed “deep regret,” but refrained from making a formal apology. Dutch cities including Amsterdam, Rotterdam, The Hague, and Utrecht have all apologised for their roles in the slave trade.

Rutte declared on Monday that the country would “reflect on this painful history” during the year beginning in July of the following year as a memorial to slavery.

The remarks from the Dutch prime minister come after those of King Philippe of Belgium, who expressed his “deepest regrets” for abuses in the Congo in June this year, and Denmark’s 2018 apology to Ghana, which it colonised from the middle of the 17th to the middle of the 19th century.

However, on Monday, Belgian MPs were unable to agree on how to express their regret for the infamously bloody excesses of their rule in what are now the Democratic Republic of the Congo, Rwanda, and Burundi. They were scheduled to meet in order to vote on none of the 128 recommendations made by a commission established to review Belgium’s record in its former central African colonies. According to the left, their liberal coalition allies refused to approve a report that contained an apology.

Is Supreme Court’s Dobbs Ruling an Unintended Win for Abortion?

Toward a New Foreign Policy for the Taliban? A Timid Thaw in the Afghan Great Cold