In terms of pharmaceutical formulations, India is well ahead of many other nations, but it still has a long way to go before it can be regarded as a significant player in the raw material market. Industry sources contend that the budget needs to offer focused assistance in this area.

According to Sanjeev Jain, joint managing director of the domestic pharmaceutical business Akums Drugs & Pharmaceuticals, there is an urgent need to promote the provision of distinct funding for research and development. Incentives for domestic producers of active pharmaceutical ingredients (APIs) and a decrease in direct and indirect taxes are on his budget wish list. He continues that subsidies for operational costs, such as energy and labor, will substantially aid in increasing the sector’s inventive portfolio, cost-competitiveness, and production capacity.

India’s $50 billion pharmaceutical industry is third in the world in terms of volume and fourteenth in terms of value. It makes up roughly 2% of India’s GDP and about 8% of its exports of goods. 3.5% of the world’s medication and medical exports come from domestic industries. The nation is home to the second-most FDA-approved plants outside of the US. Additionally, it is the world’s biggest supplier of generic medicines. Due to this, the nation is a deserving contender to be known as the “pharmacy of the world.” Its excessive reliance on China for pharmaceutical raw materials, however, continues to be a weakness.

APIs, or essential starting materials, are the name given to these basic compounds (KSM). The ubiquitous antipyretic and anti-inflammatory medication paracetamol’s API imports from China have supplanted all other sources in recent years for India. In a similar vein, China is a major source of ciprofloxacin and amoxicillin for India. According to the Research and Information System for Developing Countries (RIS) in New Delhi, 80–100% of the APIs for important medications are imported from China. Recently, the government has pushed for sectoral self-reliance.

The industry applauds the production-linked incentive (PLI) program, describing it as one of the most significant steps taken thus far to boost domestic production of APIs, KSMs, and pharmacological intermediates. But according to industry stakeholders, the budget should support this aim even more. Online, notwithstanding PLI, there is still an issue with bulk drugs and API imports from China. They want the PLI plan to be expanded in the budget so that more Indian firms may benefit from the subsidies.

The government could also consider a 200% weighted credit for businesses that invest in research on novel therapies or new biological entities, as well as a dedicated budget line item for bio pharmaceutical R&D. This would boost foreign R&D spending even more, according to Masurkar. These actions will provide local producers with the assistance they require to compete in the API market.

According to Jain, a disruption in the flow of goods from China causes volatility and alters the dynamics of pricing. He also argues that this budget should concentrate on providing the segment with end-to-end assistance. PLIs are the ideal strategy, according to the industry group Indian Drug Manufacturers Association (IDMA), to lessen reliance on imports. On PLI 2.0, the government and the IDMA are working together, and it’s anticipated that more clarity will emerge with the start of the next fiscal year.

“PLIs have rekindled entrepreneurs’ interest in the API domain. However, there hasn’t been much interest in investing in the API-KSM field based on fermentation. According to IDMA President Virinchi Shah, India has to increase its position in the markets for fermentation-based APIs and KSMs, biologics, big molecules, and some basic chemicals.

Additionally, he advocates for encouraging R&D and, more particularly, in the SME sector, for revising the RoDTEP remissions for both API and formulations, adding incentives for investments in utilities for effluent treatment, and providing more assistance to brownfield API and intermediate companies. For quicker sectoral expansion, he continues, “the government should also take into account streamlining the environmental clearance procedures.”

India is known as the global pharmacy.

Nirmala Sitharaman, the Union Minister for Finance and Corporate Affairs, claims that India is referred to as the “pharmacy of the world” because it produces pharmaceuticals of the best calibre at competitive costs. She said during the Tamil Nadu Dr. MGR Medical University’s 35th annual convocation that India provides almost 50% of all of Africa’s generic drug needs, 40% of the USA’s generic medication needs, and 25% of the UK’s total medication needs.

Additionally, she stated that India generates 70% of the vaccinations used by the World Health Organization and roughly 60% of the vaccines used globally. When describing the COVID-19 vaccination program that India implemented, the speaker stated that “the Center, along with state governments, executed vaccination at such a rapid pace that by the time the Omicron variant of Covid attacked us, we were prepared to face it.” “India could stand up to the challenge because of the preparedness of a democratically-elected government.”

According to the Union minister, the pandemic has returned to many parts of the world, including China, which had received WHO clearance for COVID vaccinations far earlier than India. India, on the other hand, received WHO certification much later, after several trials and examinations. She stated that the anticipated value of medical tourism is roughly USD 9 billion, placing it in 10th place on the Global Medical Tourism Index.

What the Pharmaceutical Industry Experts

The government should include steps to promote innovation and R&D while reducing regulations for the sector in the next Union Budget, according to groups that represent the pharmaceutical industry. Sudarshan Jain, Secretary General of the Indian Pharmaceutical Alliance (IPA), detailed the sector’s priorities for the 2018 Union Budget, adding that the country’s pharmaceutical market is now valued roughly USD 50 billion and aims to reach $130 billion by 2030 and $450 billion by 2047. The Union Budget 2023–2024 should encourage innovation and R&D, which will set the pace for developing the pharmaceutical industry, in order to fulfil this aim.

The budget should outline supportive policies, simplify regulations, and offer clear GST requirements, he stated, to aid in the expansion of the pharmaceutical industry. The IPA is a grouping of 24 leading Indian pharmaceutical companies, including Sun Pharma, Dr. Reddy’s Laboratories, Aurobindo Pharma, Cipla, Lupin, and Glenmark.

According to Organization of Pharmaceutical Producers of India (OPPI) Director General Vivek Sehgal, the government must encourage the transition to a discovery-oriented and science-driven approach by offering fiscal incentives and supportive policies for the life sciences sector to truly contribute to the “Atmanirbhar Bharat” vision for India. The sector continues to demand the government put in place R&D-focused incentives for the promotion of investment, he added. 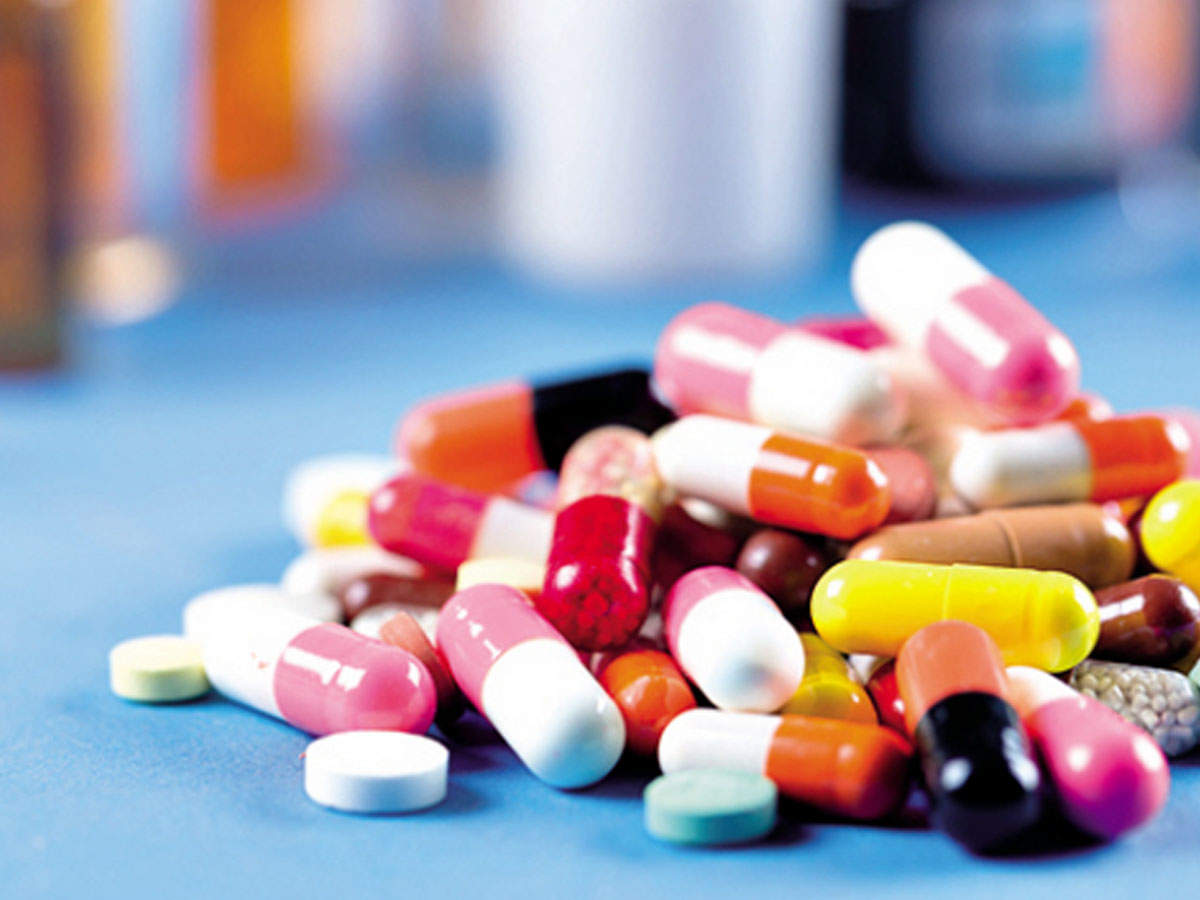 Additionally, the government may look into offering incentive programs tied to research for businesses investing in the development of new pharmaceuticals, chemical compounds, or biological entities (NBEs) to fight outbreaks. According to Sehgal, the government may also consider providing a 200 percent weighted deduction for businesses that engage in such R&D (research and development).

Other ideas, such as the long-overdue clarification of the patent box rules to support Indian inventors who create patents in India and benefit from them internationally, would also be worthwhile efforts, he continued. Pharmaceutical firms that do research are represented by OPPI in India, including AstraZeneca, Merck, and Johnson & Johnson.

Amitabh Dube, country president of Novartis India, stated that to increase access to innovative medications, the government must promote the research-linked incentive plan like the production-linked incentive (PLI) scheme.

The development of infrastructural capacity in the healthcare sector is crucial, according to Nathealth President Shravan Subramanyam, to expand public access to necessary and high-quality healthcare services. He stated, “The government must grant viability gap money to create hospitals in Tier-1 and Tier-2 cities and to encourage increased investment in the healthcare infrastructure.”

“The cost of doing business is also changing significantly, which will influence how long med-tech organizations can remain viable.” The availability of healthcare infrastructure would be considerably improved if all payment backlogs for both providers and suppliers under insurance and public procurement were addressed, Increased policy assistance is needed, according to Ashutosh Raghuvanshi, MD and CEO of Fortis Healthcare, to promote and enable medical tourism to India.

“Addressing the scarcity of healthcare personnel is another crucial topic,” he continued. “Physicians, nurses, and technical staff ready to work in Tier 2 or Tier 3 cities should be identified, and unconventional methods to increase the number of doctors should be investigated.” Ameera Shah, the promoter and managing director of Metropolis Healthcare, stated that the Union Budget 2023–2024 should support funding for healthcare, R&D, and innovation as an investment in future human capital that would set the pace for the industry’s advancement.

“The government needs to think about zeroing out the GST on medical services.” “It will guarantee eligibility for input tax credits, which might lower the price of these services, and a refund of unused input tax credits needs to be permitted to give market participants more operating capital,” she added. Narendra Varde, MD of Roche Diagnostics India, stated that India urgently needs to implement population screening programs under the Ayushman Bharat initiative for the treatment of infectious illnesses such as HIV, hepatitis, and HPV. Dheeraj Jain, the founder and managing director of Redcliffe Labs, stated that the GST for the healthcare sector has to be rationalized for enterprises in the area to draw more investment and offer services to clients at competitive prices.

India emerges as a new superpower as the global economy looks beyond China.