Why Are Indian Airlines Going Through a Turbulent Phase? See the details

In the past month or so, Delhi-based low-cost carrier SpiceJet has experienced technical difficulties with its fleet of aircraft. These events raised concerns about the condition of SpiceJet’s fleet and exposed the passengers of the concerned aircraft to major safety risks.
Due to several issues and some pilots’ failure to follow required training standards, SpiceJet, an Indian airline, is currently experiencing a very turbulent period.
The Directorate General of Civil Aviation (DGCA) on Wednesday issued a show-cause notice to SpiceJet after its aircraft had eight mechanical faults over the span of 18 days.

The events that caused the airline to receive bad press and come to the limelight for posing serious safety risks are mentioned below:

• The Directorate General of Civil Aviation (DGCA) prohibited 90 SpiceJet pilots from flying Boeing 737 Max aircraft in the final month of April after concluding that they lacked the necessary training. The officials asserted that the stick shaker, a component that rattles when an aeroplane is unable to raise itself, was not functioning while in the Max simulator owned by CAE Simulation Training Pvt Ltd, where the pilots were receiving training (CSTPL).

• On May 1, a SpiceJet Boeing B737 aircraft flying flight SG-945 between Mumbai and Durgapur experienced strong turbulence during descent, which regrettably led to a few passenger injuries. According to representatives of the Directorate General of Civil Aviation, this flight’s strong turbulence caused injuries to a total of 15, including 12 passengers and three members of the cabin crew (DGCA).

• On May 4, a SpiceJet Boeing 737 Max that was on its route from Chennai to Durgapur was forced to return when one of the engines malfunctioned mid-flight. 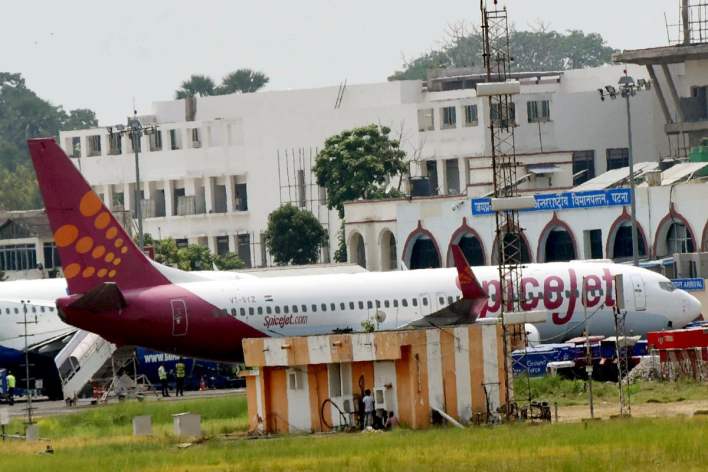 • SpiceJet flights to and from Bengaluru’s Kempegowda International Airport (KIA) were delayed for hours on May 25 as a result of a “ransomware attack on IT systems,” mirroring a similar problem that was occurring at airports around the nation.

• SpiceJet was given a show-cause notice, and their response was found insufficient. SpiceJet has penalized Rs. 10 lakh by the Directorate General of Civil Aviation (DGCA) for training its pilots on an unreliable simulator on May 30.

• Since the Covid-19 pandemic’s onset, the aviation sector in India and around the world has struggled, suffered financial ruin, and reported enormous losses. Employees at SpiceJet have already staged a few strikes over pay-related concerns. Sources claim that some of these workers are currently preparing to congregate at the EPF (Employee Provident Fund) office.

• On Sunday, 185 passengers on a SpiceJet flight to Delhi narrowly escaped after one of the aircraft’s engines caught fire shortly after takeoff as a result of a suspected bird strike. After departing from Patna airport, flight SG-723 had to make an emergency landing.

• On June 19, a SpiceJet flight bound for Jabalpur was forced to return to Delhi because of a “pressurization” problem, according to a DGCA official.

• Prior to takeoff from Jai Prakash Narain International Airport on June 18, a SpiceJet flight from Patna to Guwahati encountered a technical issue, and the trip was ultimately cancelled.

• On July 5, SpiceJet’s Delhi-Dubai flight made an emergency landing in Karachi after the fuel indication began to malfunction while the plane was in the middle of the air.

• When cracks appeared in the windshield of the Kandla-Mumbai aeroplane while it was in the air, it made a priority landing in the capital of Maharashtra.

• Due to its malfunctioning weather radar, a SpiceJet freighter aircraft that was en route to Chongqing in China returned to Kolkata. 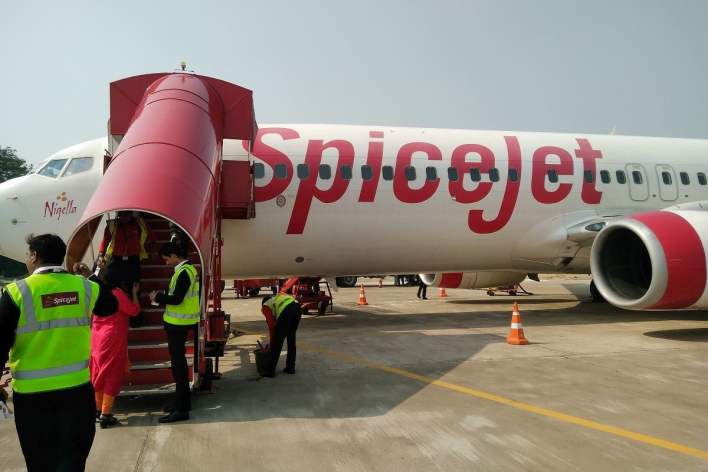 Spicejet airlines have been incurring losses for the past 3 years.

The airline’s share price has fallen by 42–43% thus far in 2022. It closed at Rs 39 on Wednesday as opposed to Rs 68 at the beginning of 2022. The events that caused the airline to receive bad press are listed above.

CPI MP Binoy Viswam wrote to Civil Aviation Minister Jyotiraditya Scindia to voice his concern over the “woeful and horrible” safety conditions of airlines in the wake of several mishaps recorded over the previous few weeks.

The Directorate General of Civil Aviation (DGCA) on Wednesday issued a show-cause notice to SpiceJet after its aircraft had eight mechanical faults over the span of 18 days.

Two years after being grounded as a result of the crashes involving Lion Air in 2018 and Ethiopian Air in 2019, which resulted in a combined death toll of 346, the 737 MAX aircraft began flying again all over the world in December 2020.

The two crashes were attributed to the plane’s problematic handling system. Later, Boeing gave each plane a makeover.

The aviation watchdog, DGCA, on Wednesday, sent SpiceJet a show-cause notice following eight mechanical fault incidents involving its aircraft in the past 18 days.

In its show-cause letter to SpiceJet, the DGCA alleged that the airline had violated the requirements of Rule 134 and Schedule XI of the 1937 Aircraft Rules by failing to “provide safe, efficient and dependable aviation services.”

The DGCA described SpiceJet’s internal safety monitoring as “deficient,” and it said that the airline’s “inadequate” maintenance activities had led to a “degradation” of SpiceJet’s safety margins, as the majority of incidents were linked to component failure or system failure.

Similar to SpiceJet, IndiGo and Vistara had technical issues on Tuesday 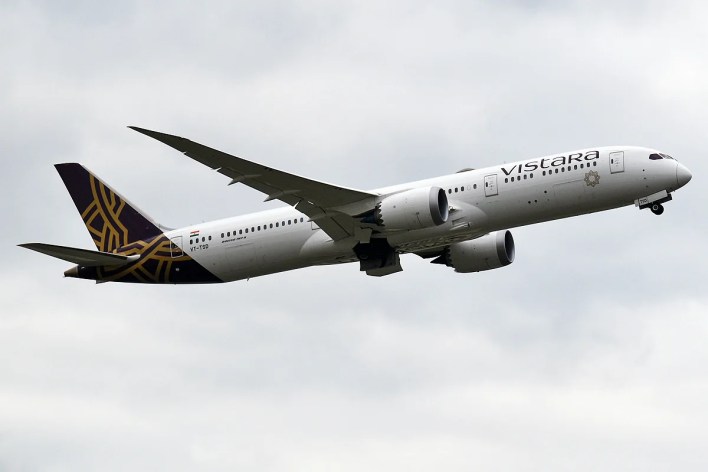 On Wednesday, incidents involving IndiGo and Vistara planes malfunctioning were reported, while SpiceJet is under fire from the aviation watchdog DGCA for a number of flight problems that have occurred over the past few weeks.

After landing at the Delhi airport on Tuesday, an engine of a Vistara flight headed from Bangkok failed. Still, all passengers were able to depart without incident, according to DGCA officials on Wednesday.

The cabin crew of an IndiGo flight from Raipur to Indore on Tuesday noticed smoke in the aircraft after it had landed, according to DGCA officials. PTI asked IndiGo to make a remark about this, but they didn’t.

The Left leader alleged that there had been a series of safety incidents and emergency landings over the previous few months.

According to him, there have been about 21 mid-air safety incidents involving different airlines, 10 of which have happened this month alone. “Additionally, a number of airlines have had troubles, such as when the air conditioning system malfunctioned and some passengers with medical conditions suffocated. Such an unfortunate situation is intolerable and raises tensions among the already wary public about flying, “Added.

These issues, according to him, are a “stark reminder that barely 4% of the population uses air travel, ranking India with some of the less developed African nations, in terms of the per capita utilization of plane tickets.”

Given the increasing pressure on airlines and the rising cost of aviation fuel, the CPI leader said, “We have additional concerns about degrading safety standards as a cost-cutting measure.”

However, he emphasized that this cannot be an excuse for sacrificing passenger safety.
In light of the aforesaid, I sincerely request that you see to it that every airline in the nation is thoroughly inspected and audited. Under no circumstances may the passengers’ safety and welfare be compromised, “added.

According to DGCA data, SpiceJet was the third largest domestic airline in terms of passenger market in the nation in March of this year.

10.21 lakh people flew domestically on SpiceJet flights in March. According to the figures, IndiGo, the largest airline in India, transported 58.61 lakh passengers in March, accounting for 54.8% of the domestic market.

SpiceJet has been under scrutiny due to several persistent technical problems and malfunctions over the past few months.

With incidents ranging from inadequate maintenance of aircraft interiors to passenger accidents on moving flights, the aviation industry is being scrutinized for malfunction. Because the incident caused serious injuries to both passengers and crew, it has been labelled an “accident.”

“Indian flyers used social media to express their outrage at the situation. Who would pay for my degree?” tweeted flyer Avinash Singh. “I had a flight at 7:20 a.m. from Ahmedabad that was scheduled to arrive in Jaipur at 8:30, and my tests started at 11:30. Because @spicjet has previously tortured your mind, you cannot flee under the guise of technical difficulties, @JmScindia”.

See also  Money Minting During The Times Of A Pandemic Is Not What The Nation Wants! 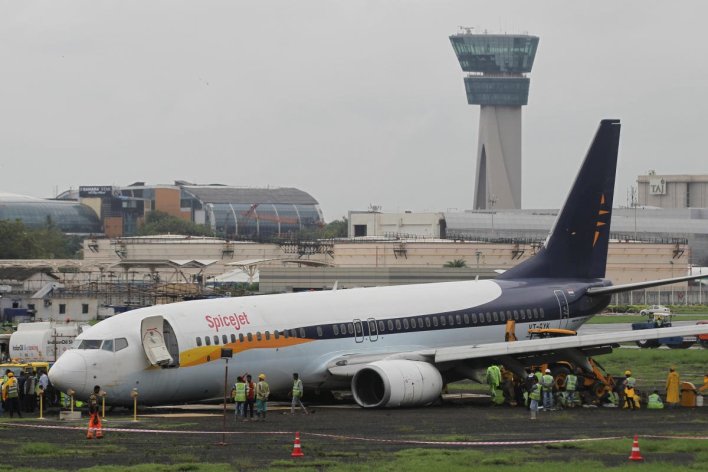 Onboard the trip, businessman Mudit Shejwar released a video to show the stuck flight there. He reacted angrily to Spicejet’s official tweet from 8.30 p.m. announcing that normal operations had resumed, stating, “Operating normally? It’s been 3 hours and 45 minutes that we are stuck here. Not even the airport, not operating, not seated in the aeroplane. Without breakfast, no reply. He was curious to know what would happen to the losses incurred by the flyers because the flight got delayed.

Many others vented their rage on Twitter. As Spicejet flights to and from Bengaluru Airport are delayed by hours, passengers suffer. After the departure in a different fire scenario, travellers shared their experiences. “I have never felt so terrified in my life, and one of them witnessed it.”

“Soon after the plane took off from the airport, we noticed tremors and raised the alarm. But the cabin crew asked us to remain quiet,” another person added. A post-landing flight check revealed that the jet’s left engine’s three fan blades had suffered damage from the alleged bird strike.

Furthermore, SpiceJet failed to deposit funds of 32 crores in employee provident funds (PF) between March 2019 and September 2020. In such cases, Spicejet is becoming headlines with such drastic issues again and again. It seems like the airline which consumed its services is again showing its poor maintenance and poor safety for its passengers.

Passengers are also dissatisfied with Spicejet airlines as many of them showed their rage and anger towards the airline for mismanagement of its services.

When such aircraft are involved in unfavourable events like crashes, mishaps, or interception in foreign airspace, the problem becomes even worse.

According to the evaluation of the accidents, the safety margins have been degraded as a result of poor internal safety oversight and insufficient maintenance measures (due to the fact that most of the occurrences involved component or system failure).

If faults are overlooked for an extended period of time, accidents like the cabin fire aboard SpiceJet aircraft, engine failure, and other significant problems are to be expected. Passengers must be guaranteed to board aircraft with both a well-maintained cabin and a safe operating environment.

The continuous mishaps of SpiceJet aircraft involve problems with the training simulator, windshield cracks, broken fuel indicators, and whatnot. Spicejet, even after resuming its services again, is going through a turbulent phase that needs to be fixed or else travellers will not risk their lives even though it is considered the cheapest flight in India.

Providing Safety to the passengers should be the topmost priority of every airline.