The worst for Indian startups is yet to come — be ready for layoffs, unicorn slowdown and startup shutdowns in 2022

The Indian startup scene is not as promising as it was at the same time last year. The group that grew amid the pandemic is now bearing the weight of the Russia-Ukraine war, which has slowed their capacity to get finance.

Indian entrepreneurs raised only $1.6 billion in April 2022. Over half of the capital was raised in April 2021 by the same ecosystem. To make matters worse, no new unicorns were added to the club last month, despite April 2021 kicking off the unicorn creation boom last year with eight new additions. 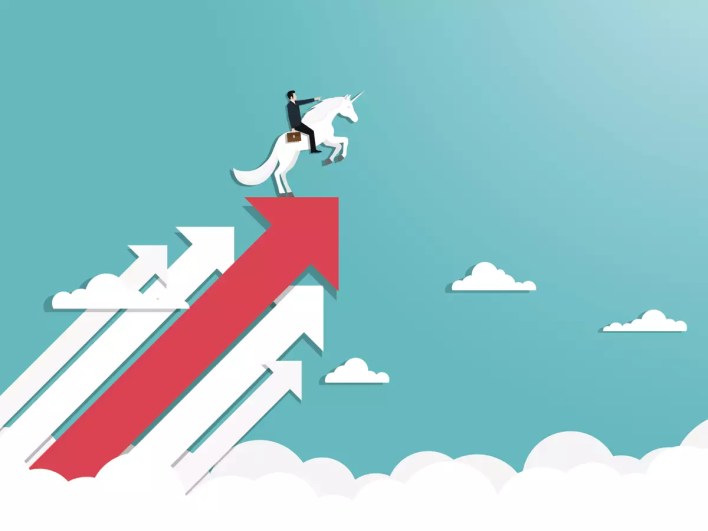 The slowdown in the development of unicorn is expected to persist through the second quarter until June 2022, according to many experts Business Insider spoke with, but this isn’t causing for concern.

The startup industry has been on an upward trajectory for the last eighteen months, according to Gaurav VK Singhvi, cofounder of investment firm We Founder Circle, and “now, for a few months, it seems a little lethargic.” He went on to say that the trend will be favourable in the long run and that more unicorns might be born this year.
However, the number of unicorns isn’t the only factor.

Even higher valuation may be an issue

The fund decrease in April 2022 is primarily because of a reduction in large funding rounds. VerSe Innovation, the parent company of Dailyhunt and Josh, received the largest round of fundraising, raising $805 million at a valuation of $5 billion. This amounted to over half of the total funding raised by Indian companies in April.

While Dailyhunt has been able to raise its valuation during this funding slowdown, not everyone has.

According to media sources, eCommerce startup Meesho has been trying to raise another investment round at an estimated worth of $8 billion. Still, no investor is willing to do so at this time. Instead, investors cannot give Meesho, valued at $4.9 billion last year, a higher valuation due to its $46 million monthly cash burn rate.

We Founder Circle’s Singhvi highlighted that many startups have been ignoring their bottom line for a long time, and investors are now pressuring these businesses to pay attention to their finances and metrics. “Revenue is excellent,” he continued, “but now they’re looking at profitability and long-term viability.”

Layoffs come off as a rescue plan for many startups

Several businesses have already begun to prepare for the worst. In the first four months of 2022, Indian companies laid off 6,900 people, according to Business Insider’s estimations. Over 1,200 staff were laid off by unicorns like Vedantu and Cars24 in May alone.

In a blog post, Vamsi Krishna, Vedantu’s CEO and cofounder, stated that they had to make this difficult decision since funding may be tight in the coming quarters owing to “conflict in Europe, imminent recession fears, and Fed rate interest hikes.”

According to iXceed Solutions’ Yogita Tulsiani and Instahyre’s Sarbojit Mallick, more layoffs are expected in the near future.

Tulsiani, managing director and cofounder of global tech-recruiter company iXceed Solutions, warned that this drive will affect both low- and high-funded startups, as most companies carried out aggressive hiring drives during the pandemic’s early stages and are now unable to handle their personnel.

Each organisation has a long-term strategy, and unexpected events like those presently taking place can impact hiring and team sizes, according to Sarbojit Mallick, cofounder of advanced hiring platform Instahyre. He said that the plan would entail internal department reorganisation, streamlining processes, and closing gaps.

“The anxiety [for the workforce] is heightened by funding rationalisation, which will select out quality organisations and, as a result, lead to the closure of certain startups,” concluded Neha Khanna, director at management consulting firm ValPro. 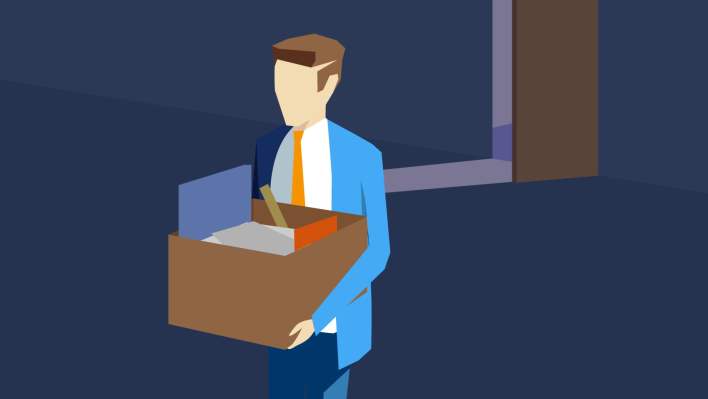 Startups lay off 8,000 employees in India

As VC money disappears during the economic recession, tech businesses have laid off over 20,000 employees globally since April, including over 8,000 at Indian startups driven by edtech platforms. Since April, at least 20,514 workers have lost their jobs at software companies globally, according to layoff aggregator Layoffs.fyi, the United States topped the pack. According to Nikkei Asia, the figure has doubled in the last two weeks, indicating that the sector’s labour market has deteriorated.

Ironically, this figure excludes contract workers who have lost their jobs due to the startup funding freeze. The startup environment, which once turned out unicorns after unicorns, has seen a two-year high in job losses. Over 15,000 employees in the IT sector lost their jobs in May alone, as global macroeconomic variables wreaked havoc on businesses, mainly startups.

According to layoff aggregator layoffs, more than 15,000 tech professionals have lost their jobs this month. Since the Covid-19 pandemic began in March 2020, more than 1.3 lakh employees have been laid off by 718 businesses around the world. Challenges confront tech companies, including growing inflation, high-interest rates, economic downturn, and the Russia-Ukraine conflict.

With a recession on the horizon and financing running out, the problem is only going to get worse. Several major investment firms, like Sequoia Capital, Lightspeed Venture Partners, Craft Ventures, and Y Combinator, have provided memoranda and footnotes to their portfolio companies and startups on how to deal with the current crisis. Startups should focus on long-term growth, lower cash burn, lower costs, and accept that an economic recovery could take 18-24 months. Sequoia Money advised its founders to tighten their belts and focus on profitability as capital became scarce.

Large investment firms are now parking their cash in Blockchain/Web3.0 and gaming-based startups, realising that ‘funding winter’ has now struck in following a strong surge of more than two years in the pandemic that allowed Internet-driven entrepreneurs to develop enormously across the spectrum.

Binance Labs, the venture capital and incubation arm of Binance, the world’s largest cryptocurrency exchange, has announced closing a $500 million investment fund to support Blockchain, Web3.0, and value-building technologies. The new fund will put money into projects that will broaden the scope of cryptocurrency applications and promote the use of Web3.0 and Blockchain technologies. Andreessen Horowitz (A16Z), a US-based investment firm, previously announced two new funds: a $4.5 billion fund for crypto and Blockchain companies, Web3.0 startups, and a $600 million ‘Games Fund One’ which is only focused on the gaming industry. 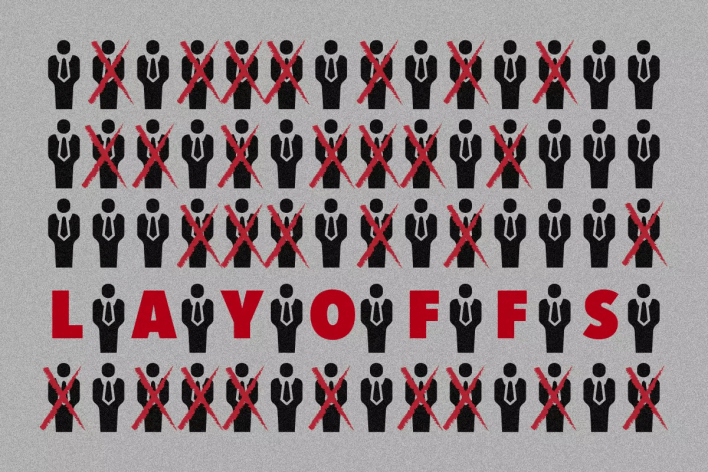 Here’s Why Indian Start-ups are Laying Off Employees

The idyllic days for these companies seem to be coming to an end after years of generous venture capital (VC) funding and investor tolerance for cash-burning. Around 8,000-10,000 startup employees have been given pink slips since January 2022.

What went wrong with the startup story? Stock market crashes, increasing inflation, interest rate hikes, and the Ukraine war have all impacted the value and volume of VC deals. Domestic and international funds have had trouble raising capital, with investors rethinking financing commitments due to concerns about high valuations and lack of profitability and increasingly demanding stricter investing discipline.

As startups droop under economic pressure and investor pressure grows, they are obliged to practise austerity—cutting the fat in the organisation and pivoting to a leaner structure that prioritises profits above growth. Edtech startups rely heavily on sales and marketing personnel and are some of the first to go broke. Lido Learning requested roughly 1,200 of its employees to resign in February. Unacademy fired 925 employees in April, Vedantu fired nearly 600 people in May, and FrontRow fired 145 people in June.

Meesho, OKCredit, Cars24, MFine, and MPL, some of the most well-funded digital startups, have resorted to layoffs to get through the funding crunch, which is expected to endure through 2022.

The edtech catastrophe explains the risk in the hustle-driven growth paradigm. Five new edtech unicorns have emerged in India in the last two years: Unacademy, Emeritus, Vedantu, upGrad, and Lead School, with one, BYJU’S, becoming a decacorn. The big digital shift has flocked to edtech companies, compelling them to beef up their growth engines in the areas of technology, marketing, sales, and content. Investors have ordered their portfolio companies to cut costs and conserve cash as the wheel of time rolls towards a financial winter.

Sequoia Capital warned that the current crisis is a “crucible time” for the ecosystem and that it does not expect a V-shaped rebound. Similarly, Y Combinator, a startup incubator, sent out an ‘Economic Downturn’ letter to its founders, telling them to prepare for the worst by slashing costs and extending the runway as soon as possible. Orios Venture Partners, Beenext, and Lightspeed Venture Partners have issued similar cautions to their portfolio businesses.

Calls for cost reduction and, as a result, layoffs will only grow louder as more startups are forced into conservative operational models.

The blitzscaling and throwing money to grab talent can only go on for so long. Everything from salaries to expenses at Indian startups will now go through a rationalisation given the slowdown. Even if startups and tech companies acknowledge that the party is over, the overindulgence in the past year and the subsequent hangover might be the real killer.

Digital lending with AI and ML: a boon for unserved SMEs and microenterprises

Indian rupee at a new low, 4 factors working against the currency