Drones will increase the scope of development

Scope of Drones: Prime Minister Narendra Modi addressed the ‘Mann Ki Baat’ audience recently about the new drone policy. According to Modi, the country’s new drone policy has simplified many things previously, people did not want to use the term drone, but now people accept it. Drones were not even able to be used to their full potential beforehand due to several rules, laws, and restrictions. Rather than being seen as an opportunity, he said, the technology was seen as a crisis.

Small aircraft known as unmanned aerial vehicles (UAVs) can be controlled from a remote location. Usually, when hearing the name of the first drone, conflict, war, terrorism, or espionage would be the first things that come to mind. It was incidents such as these that first made the public aware of drones in India.

However, this negative image is slowly being supplanted by the drone. India’s economy is rapidly becoming dependent on drones, once viewed with suspicion. A new drone policy was brought by the Government of India on August 25 this year, intended only to alter public perceptions of drones.

In his recent ‘Mann Ki Baat’ program address, Prime Minister Narendra Modi mentioned another new policy regarding drones. As Modi pointed out, the new drone policy in the country has made many things easier. Previously people were not comfortable with the term drone, but now things have become much easier. It was impossible to even use the full potential of drones before the adoption of so many rules, laws, and restrictions.

Rather than seeing this technology as an opportunity, the Prime Minister said it was seen as a crisis. A liberal drone policy could be a game-changer due to drones’ usefulness in various sectors. Businesses can use drones for a wide range of purposes. It was considered a leader in information technology in the nineties.

There was a big demand for Indian software programmers during the dot com bubble of the internet boom. At one point, Bangalore was used as a verb. His American employer asked him if he had been to Bangalore, referring to his losing his job in America and outsourcing it to Bangalore. Despite the perception that it was a result of government policy, it was not a result of any policy decision at all.

Interestingly, no policy was in place regarding information technology at that time, so this could happen. As per the scriptures, excess of anything is never good or beneficial, even if the thing in excess is a waiver or restriction. Drones were also burdened with so many rules and restrictions that their real potential could not be maximized. 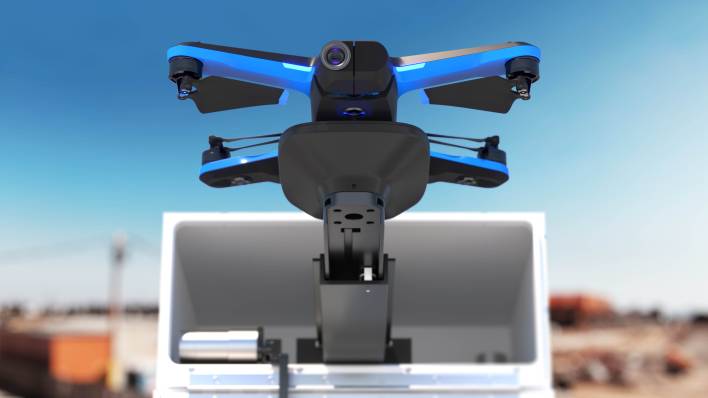 It would be a lot of work to obtain a license and permission to use drones for any kind of work. Drones will perform a variety of tasks in the future, and India’s new drone policy is designed to keep that in mind. These inaccessible areas are easily accessible by drones, whereas manned aircraft etc., often have difficulty reaching them.

According to the new drone policy, the government has removed long lists of requirements for flying drones.

India has a very high growth rate for drone startups because of this. By enacting this policy, not only have the drone flying rules been liberalized, but new employment opportunities have been created as well. Foreign and domestic investors have poured money into several drone startup companies since the new drone policy took effect.

Many firms are establishing manufacturing facilities in India. The Army, Air Force, and Navy have also made orders with Indian drone businesses valued at more than Rs 500 crore. The new drone policy has been viewed as a first step toward the implementation of air taxis. It may sound bizarre, but engineers and scientists all across the world are working on air taxis, and new firms are popping up all the time.

The majority of drones on the planet are utilized for military purposes. Drones for military purposes are a multibillion-dollar industry. Drones are employed for reconnaissance, intelligence collection, and espionage purposes. In the mountains, on the sea, or at border areas where troops and soldiers are unable to reach, drones proved very useful.

In the future, the defense sector will be responsible for most development work regarding drones; however, with the introduction of the new drone policy, its commercial application will also be much broader.

In experts’ opinion, India has come up with a new drone policy so that it can become self-reliant in this area. Drones and startups are about to enter a new era where they can establish new business policies and expand their business opportunities. Additionally, it will result in better results in less expenditure, in addition to creating jobs in the future.

As a result of their accessibility, multifunctionality, and ease of use, drones can significantly contribute to economic growth and employment creation, especially in rural areas. Obtaining permission from government departments was a cumbersome and lengthy process in the earlier drone policies. Now, decisions such as easing the permission for nano drones to be used for non-commercial purposes will mean benefits for this industry. Currently, only a limited number of drones are used in India, but there is considerable potential for their use in every sphere in the future. 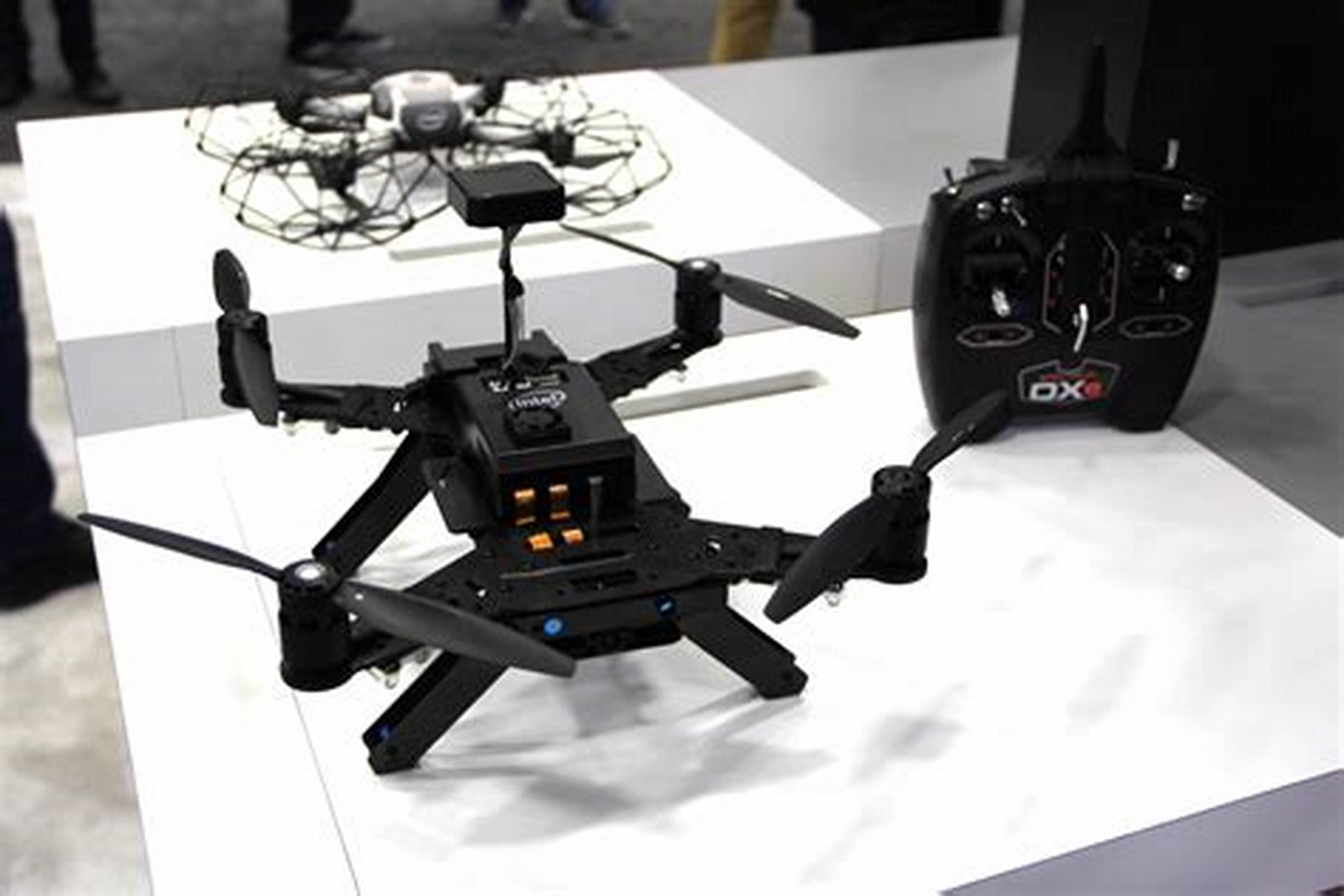 The first drones were developed during World War I by both the U.S. and France to develop automatic, unmanned airplanes. Drones have been around for more than two decades, but their roots date back to the 1920s. However, drone adoption, use in industries across the board, and global awareness have increased in recent years.

In the last few years, drone technologies have developed and thrived, ranging from protecting sensitive military locations to enticing hobbyists around the world. Governments and individuals alike have begun to realize drones’ numerous uses, including:

The influx of investments into this promising industry has resulted in the development of hundreds of new uses for drones.

Currently, drones are primarily used for military purposes. The use of drones has been part and parcel of the military forces worldwide, whether they are used as target decoys, for combat missions, or research and development. As a recent study by Goldman Sachs indicates, the primary driver of drone spending will remain military spending.

According to Goldman Sachs, $70 billion will be spent by 2020 on drones by global militaries. Human pilots will be replaced by drone pilots in future conflicts and the resolution of conflicts.

It is also common for military spending to come in larger amounts; for example, one U.S. Predator drone can cost as much as $4 million, and the program is estimated to cost $2.4 billion.

Unmanned aerial vehicles will likely continue to be used for military operations in the coming years because they reduce losses and allow high-profile missions to be carried out promptly.

As a result of FAA regulations, Amazon has been unable to launch its unmanned aerial delivery system. There are currently three types of drones in the United States: military, research, and recreation. Drones used for military purposes aren’t governed by the same rules as those used for research or recreation.

For now, the height of unmanned aerial vehicles (UAVs) is regulated in the United States to 400 feet (at least in populated areas). Currently, drones used for commercial purposes are not permitted by the FAA. It is hesitant to grant licenses allowing drone companies to operate within the United States out of concern for air space and ground safety.

In 2016, Amazon successfully tested a new delivery tech in Cambridge, England, after an incapability to research aerial delivery among U.S. borders led to Amazon testing this new technology outside the United States.

Despite FAA approval, Amazon was already testing drones in Canada by 2015, which meant they could test current drone models. The FAA’s requirement that drones remain within “line of sight” has been a major setback to commercial drone use. It makes no sense to use drones commercially if the operator must always have a line of sight on them at all times, particularly for delivery purposes.

Consumers now have access to cutting-edge products at accessible prices thanks to rapid technological progress. Drones have traditionally been restricted to military employment due to their high costs and expertise. Consumers, on the other hand, may buy drones for far less than $100, thanks to economies of scale.

Consumer corporations like Amazon have looked into using unmanned aircraft for business reasons now that they have widespread access. Amazon Prime Air promises 30-minute delivery for items weighing up to 5 pounds. In contrast to Amazon, Google (GOOG) has created airborne drones for nature conservation and medical delivery to inaccessible places.

The influence on the environment is likewise enormous. A drone’s battery provides the same amount of power as delivery trucks. Many firms’ reliance on autos would be reduced if delivery drones became widely used. This would be bad for car companies, but it would be good for the environment because this would help several countries reduce carbon emissions and reach emission objectives set by numerous international accords.

Commercial drone use has evident economic repercussions. Drones are predicted to be worth $127 billion in several businesses. Notably, commercial drone use will have a greater impact on agriculture and infrastructure than on commerce. 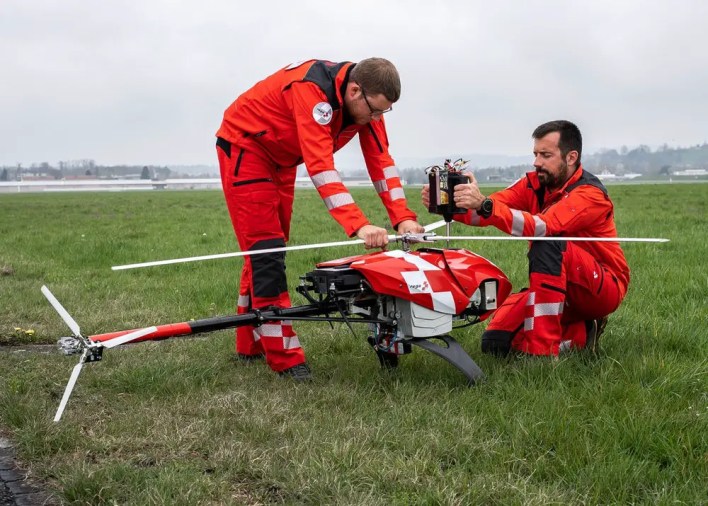 Drones can cover large areas, so using them in agriculture is projected to provide fertilizer and hydration to plants while reducing disease exposure.

On a macroeconomic level, the integration of UAVs has the potential to generate over 100,000 jobs. Manufacturing employment and drone operators will account for the majority of job development from drone delivery use over the next ten years. Similarly, increasing economic activity will result in tax windfalls for governments.

The ramifications are beneficial to businesses and consumers. Individual consumers benefit from the development of new jobs, which results in increased pay. Commercial drones will also allow businesses to save money by using more cost-effective inventory, transportation, and distribution methods. These savings made can be passed on to consumers in the form of lower prices.

Consumers, states, and regulators contend that sanctioned UAV use can lead to detrimental economic effects. Forty-four states have passed legislation that regulates the commercial, recreational, and public use of drones. With the widespread use of drones, citizens will become increasingly concerned about how corporate and government data will be collected. Some people believe that Amazon drones are intrusive since they use cameras and GPS to navigate.

A logistics issue will also prevent companies like Amazon and others from offering drone delivery services. Damages or theft of property occurs during delivery. Traditional postal services maintain the liability for such losses. Drones are unable to ensure seamless delivery without human monitoring, however. Likewise, delivering goods in major cities is bound to encounter numerous obstacles. Unmanned aerial vehicles would have difficulty reaching apartment units inside city skyscrapers.

Aside from technical and privacy problems, the increased number of airborne vehicles puts wildlife, including such birds, at risk. Birds are estimated to cause over $1 billion in economic damage to airplanes in the United States, according to the FAA. 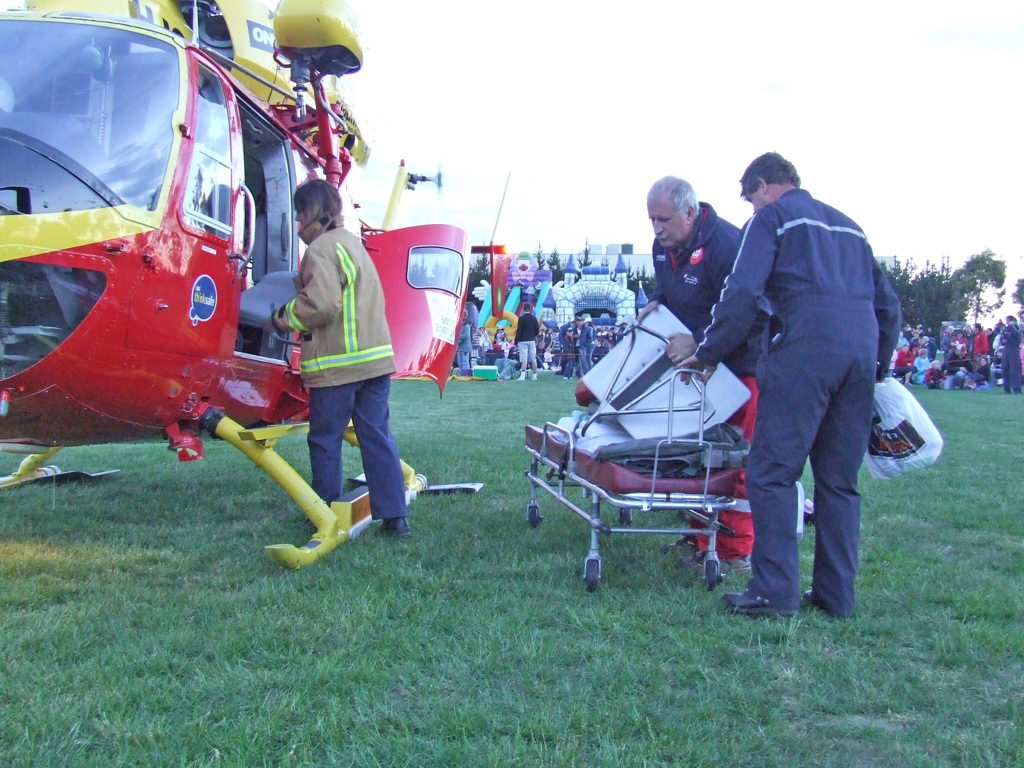 Amazon’s continuous attempts to test and research surveillance drones have put a lot of pressure on Congress and the Federal Aviation Administration to alter drone laws. Drone integration into airspace will benefit not only eCommerce companies like Amazon but also industries like agriculture, public safety, and disaster relief, to mention a few. Google envisions using its drones to deliver medicinal items and to safeguard the environment in a more philanthropic manner.

Job creation and billion-dollar growth are two of the economic effects of UAV integration. Transport and distribution methods that are more effective also cut costs for industries. The U.S. is estimated to lose $10 billion every year due to delays in integration, despite their apparent disadvantages.

The road to 5G in India is full of challenges

Suggestion to stop VPN services is full of short-sightedness?